One-day getaways for a festive season like no other 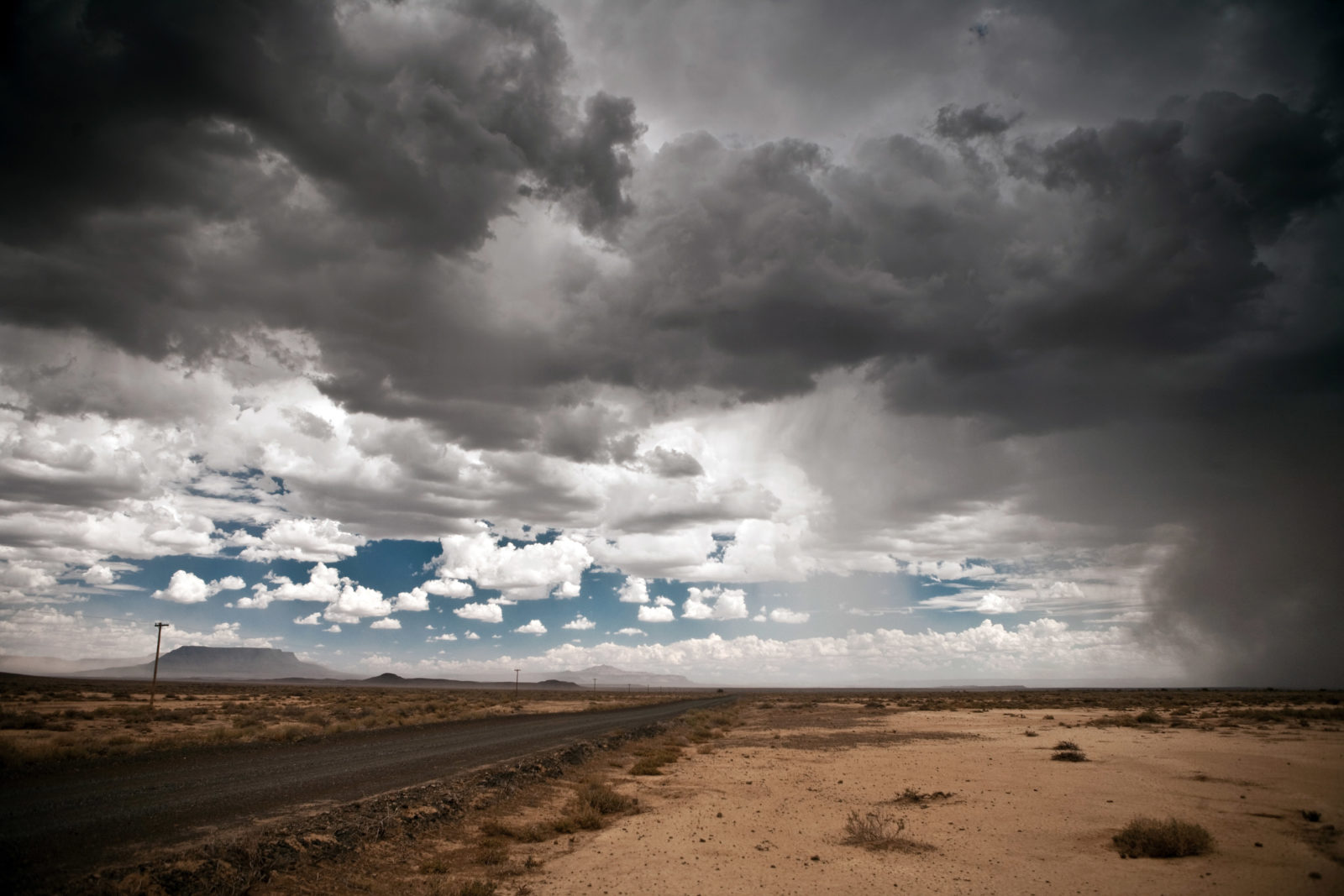 As we continue to practise caution and social distancing over the holidays, we can count ourselves lucky that we live in a country of incredible natural beauty. If you’re looking for ways to pop out of the house during the holidays, a quick drive out to one of many national parks and mountain passes is one of the safest and rejuvenating ways to get some fresh air and enjoy the scenery, be it mountain, desert or sea.

To the mountains:  The Drakensberg

The home of South Africa’s highest mountain range, and one of the best tourism spots in the country, the “berg”, and its crisp fresh mountain air is a stunning getaway during this time of the year. The name Drakensberg roughly translates to “dragon mountains” or “the mountains of dragons” in Afrikaans. It’s a two- to three-hour drive from Durban and up to four-and-a-half-hour drive from Johannesburg.

The spectacular mountain range, with its jagged mountain peaks and leafy valleys, rises to over 3,000 metres in height. In between these peaks are plateaus, valleys, slopes and mountain passes that allow for hiking, walking and cycling.

In isiZulu, the region is known as uKhahlamba (a barrier of spears) and has a World Heritage Site called uKhahlamba Drakensberg Park.  The remarkable natural site was declared a World Heritage Site in 2001. With its many caves and rock shelters, the park also boasts some grasslands, river valleys and rocky gorges. The site has a large group of paintings made by the San people over a period of 4,000 years that depict animals and people.

What to do: Champagne Valley

Champagne Valley is nestled between Cathkin Peak and Champagne Castle, the latter being the second-highest peak on the Drakensberg mountain range and in South Africa, at an altitude of 3,377 metres. The story goes that Champagne Castle got its name after two intrepid mountaineers made it to the top and just as they were about to celebrate their climb by popping a bottle of Champagne, the guide dropped the bottle on a rock.

Areas like Champagne Valley in central Drakensberg are popular for activities like hot-air ballooning, hiking, birdwatching, golfing, horse riding, river rafting, quad biking, mountain biking, abseiling and fishing. The valley is easily accessible from the N3 — the major route between Gauteng and KwaZulu-Natal.

Cause for pause: The wildlife

The main predator in the region is the leopard and there are large mammals like the oribi, grey rhebuck, grey duiker, eland, Klipspringer, Cape bushbuck and the mountain reedbuck. Mongoose, genet, Chacma baboons, porcupines and rock hyrax can be found throughout the Drakensberg Park mountains.

For birdwatchers, there over 300 species of birds. Some of the specials that can be found are wattled crane, Cape vulture, bearded vulture, orange-breasted rockjumper and yellow-breasted pipit. In terms of birding routes, there is the Lower Drakensberg Foothills Birding Route and the source of this route is found in the World Heritage Site at the popular Sani Pass, where you can find the highest pub in southern Africa.

To the desert: The Karoo

In a time of physical distancing, the allure of the desert in the form of the Tankwa Karoo National Park has never been greater. Here you can partake in outdoor activities or simply spend time recuperating from the pressures of 2020. It is also one of the most unique ecosystems in the rich tapestry of the South African outdoors.

The road from Cape Town to the Tankwa Karoo National Park is straight and flat. Heading there, to spice things up, we suggest a longer route that takes approximately four hours. It follows the N1 out of town for approximately 240km, before taking a turn to the right on to the R354.

This park was named after the Tankwa River that runs through it and was proclaimed a part of the South African National Parks system in 1986. The park consists of three distinct ecosystems, “pure desert in the west, open grasslands in the centre and the Roggeveld Mountains in the east”.

It boasts numerous mammals adapted to desert living, such as the Cape mountain zebra, gemsbok, red hartebeest and springbok. Other small animals, such as lizards and mongoose, share the land with the larger mammals.

For those interested in the fauna side of the park, the landscape is also surprisingly rewarding. “The remarkable endemism and diversity of the Succulent Karoo flora, generally at its most spectacular from August to October, is one of the more prominent aspects of the park… At present, the plant species list for the park stands at 780.

Activities in the park are in line with the remoteness and landscape of the space. Visitors can go on self-drive game watching trips to see the game that lives in this part of the world. But due to the limited water supply and unforgiving landscape, the park does not have the same variety of game as other national parks, such as Addo or Kruger might have.

However, an aspect where it stands back for none is birdwatching. According to SANParks, “Tankwa Karoo National Park is a well-known stop for birding enthusiasts in search of Karoo endemics…[with] fine Karoo birding and, perhaps most notably for hardened birders, above-average chance of finding the enigmatic Burchell’s courser.” Birding is described as at a peak from August to October, with a full list of birds in the park available here.

For the more adventurous among us, the park offers 4×4 routes, namely the Leeuberg 4×4 Eco-trail and the Watervlei 4×4 Route.

Cause for pause: The way back

A shorter road back takes you through the idyllic Western Cape town of Ceres. This is a perfect half-way stop to stretch your legs and grab something to eat at Homegrown Bakery Cafe & Market; This Ceres institution serves breakfast, lunch, coffee and freshly baked bread in a beautiful and modern space. And if that isn’t enough, you can buy organic produce, flowers and gifts – ensuring you arrive home fully stocked. They are open Monday to Friday 8am to 5pm and Saturdays from 8am to 1pm.

To the peri-urbanites: The outskirts Port Elizabeth

“Wide Open Spaces” is the name of the campaign that Nelson Mandela Bay Tourism has launched to attract visitors to the city of Port Elizabeth over the festive season. And these wide-open spaces can be enjoyed whether you are hiking, jogging, cycling, swimming, surfing or simply driving along one of the many scenic routes.

What to do: Drive and feast your eyes and your belly

Watch the sun coming up over the sea while leaving the city via Marine Drive, which hugs the coastline and will bring you about 10km later to the quaint seaside village of Schoenmakerskop. Here you can see the Sacramento Cannon, which was salvaged from the wreck of the Sacramento, a Portuguesewarship that ran aground near PE in June 1647 on her maiden voyage. You can also walk the 8km Sacramento Trail that follows the coast to Sardinia Bay and return via a path along the top of the dunes.

From Schoenmakerskop it is about a 9km drive to Sardinia Bay Beach, where you can walk endlessly on this spectacularly beautiful sandy beach. As dogs are welcome on this beach, picnics with your pooch is a popular pastime here.

Back in the car, set your GPS for the Crossways Country Kitchen, the ideal spot for a sumptuous lunch. But make sure you follow the alternative route via the coastal town of Seaview and on to Maitlands, where the Maitlands beach and dunes are a sight to behold.

Crossways Country Kitchen is located in the Crossways Farm Village, a contemporary rural town where sustainability is the name of the game. The restaurant serves fresh, tasty food with most of the herbs and veggies for the dishes freshly picked from its organic garden. Children can play safely outdoors and even well-behaved dogs are welcome.

Cause for pause: The wildlife

If you have not had your fill of the outdoors by now, stop on the way back at the Kragga Kamma Game Park. Here, barely on the outskirts of the city, you can see free-roaming white rhino, buffalo, cheetah, giraffe, zebra, nyala, bontebok, lechwe and many more, including some wonderful birdlife, all while driving through the park in your own car. Game drives are also offered and a restaurant provides snacks and light meals. The park is now also the home of four lions rescued from appalling conditions in captivity in Ukraine.

To the sea: South Coast

The South Coast has a wide variety of areas with warm beaches, 58 in total, spread out over 17okm; peaceful lagoons, rocky coves and great surf spots. Among its Blue Flag-awarded beaches are Ramsgate, Hibberdene, Margate, and Marina beaches. Other popular South Coast beaches are St Michaels on Sea, Lucien Beach, Banana Beach, Clansthal Beach. Go further inland you can enjoy forests, grassy hills, and plenty of greenery and a stretch called the Hibiscus Coast, named after the colourful hibiscus trees.

For scuba divers and snorkelers, go no further than the Blue Ocean Dive Resort in the subtropical part of the South Coast, Umkomaas. Explore great dive spots like Aliwal Shoal, which is KZN’s very own rocky reef. There’s a wide variety of sharks that live in these waters. Divers can expect to see; Zambezi sharks, hammerhead sharks, white tip reef sharks, ragged-tooth sharks, oceanic black tips and tiger sharks.

Cause for pause: The spectacular Oribi Gorge

Although now exactly on the coast, the Oribi Gorge makes for a brilliant day trip on its own, or as part of a drive down the South Coast. It’s about a 107 kilometres from the Blue Ocean Dive Resort, a scenic drive just over an hour along the coast on the N2 all the way down to Port Shepstone, then just under 30 kilometres inland from the coastal town. The canyon is a sight to behold. Cut by the Mzimkulwana river, it is 400 metres deep and about 4.5 kilometres at its widest point. Depending on what you would like, there are numerous activities, from zip-lining, game drives, hiking trails or even just simply birdwatching. And if you’re staying longer various accommodation options. But if you’re keeping it simple and just keen on a day’s drive to take in the spectacle, pack yourself a picnic basket and park off on one of the many picnic spots along the river banks. DM/ ML