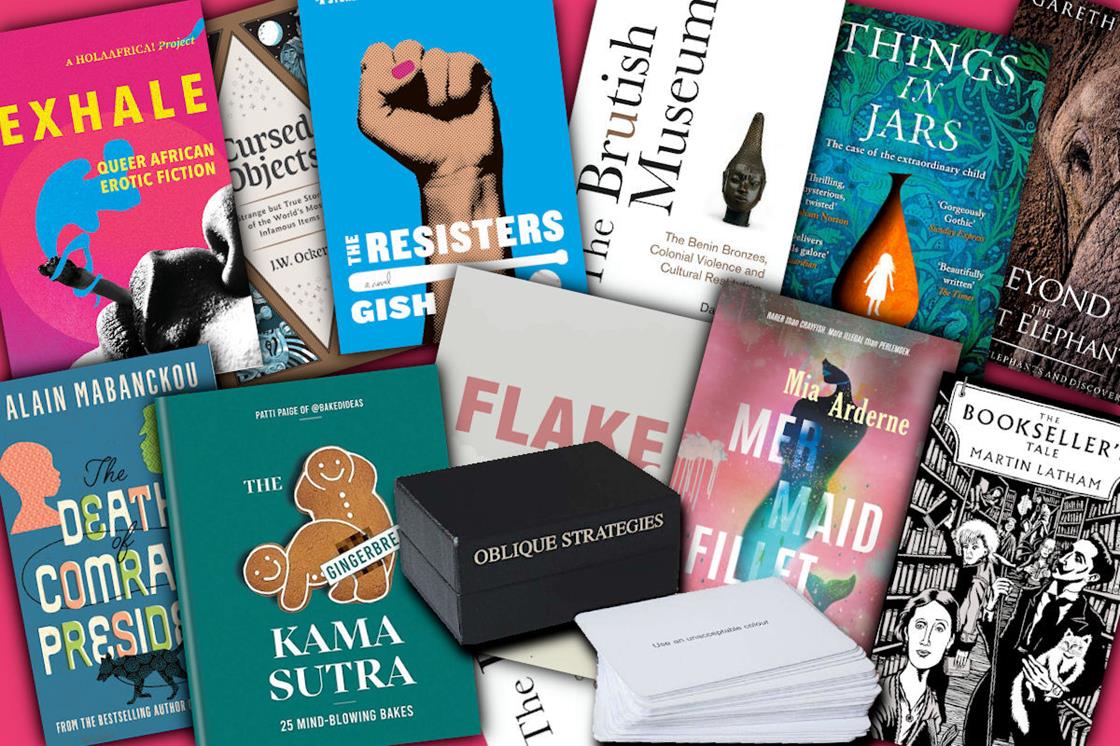 This year has, unsurprisingly, been a weird one for publishing, with some books appearing late and others held back until 2021.

The disruption to the industry’s rhythm has led to more emphasis on blockbusters and less airtime for the quirkier titles that, despite the odds, still made it into print. Here are some you may have missed – they deserve a spot on any bibliophile’s shelf, or on the list for the ‘nice’ readers in your life. Remember, books make the best gifts! 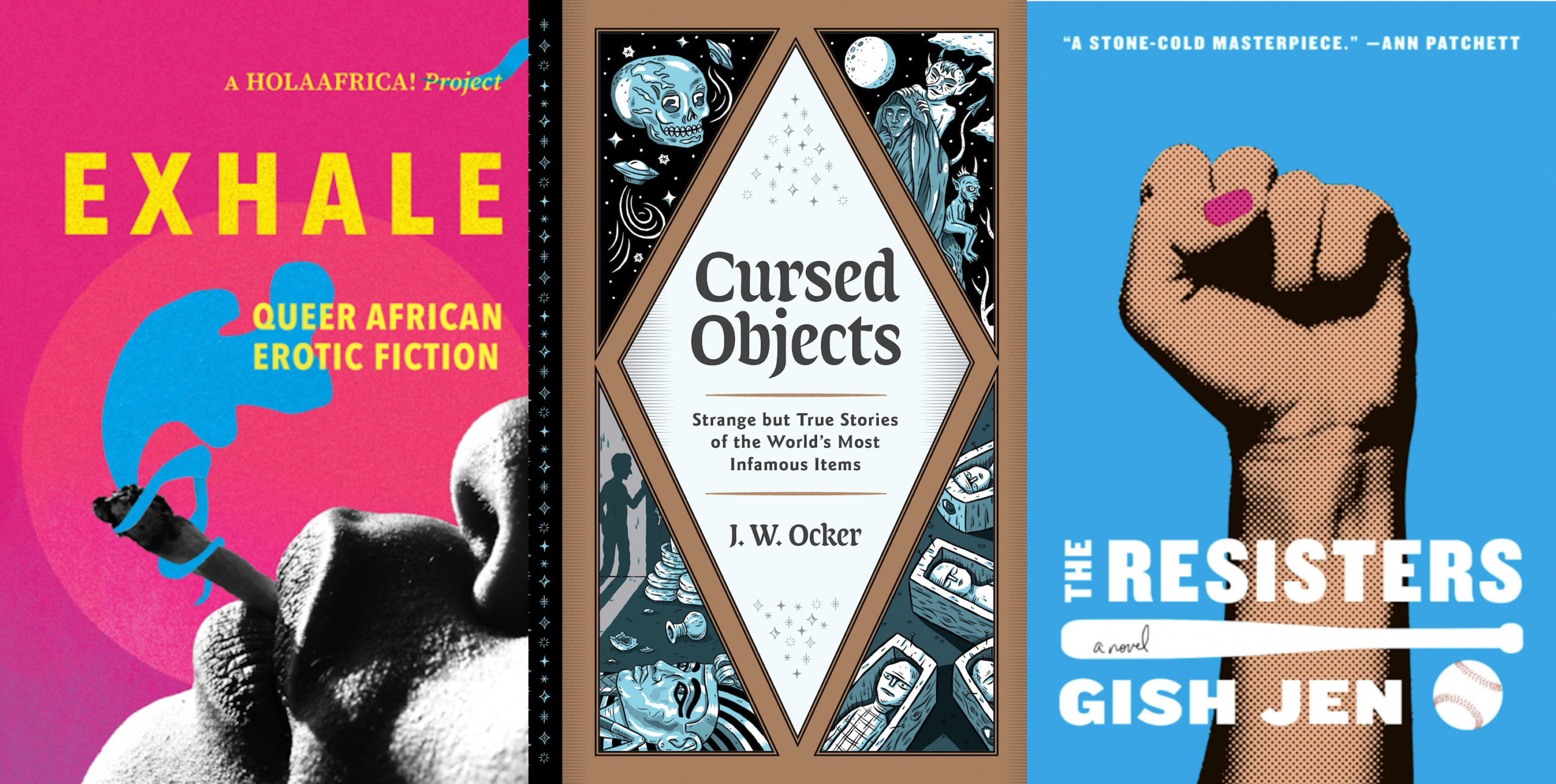 Cursed Objects: Strange but True Stories of the World’s Most Infamous Items by JW Ocker (Quirk, R370). Their stories have inspired horror movies, reality TV shows, campfire tales – even chain emails. They’re “cursed objects”, and in order to wreak havoc all they need is… YOU. Here are stories of infamous real-life items in a single fascinating and chilling volume, including The Ring of Silvianus, an artifact believed to have inspired Tolkien’s The Hobbit… and many more.

The Resisters by Gish Jen (Knopf, R510). If you don’t know Gish Jen yet, you are in for a T.R.E.A.T. Welcome to AutoAmerica, a country surveilled by “Aunt Nettie”, a Big Brother that is part artificial intelligence, part internet, and oddly human – funny, even. Find desperate, electrifying sci-fi here. 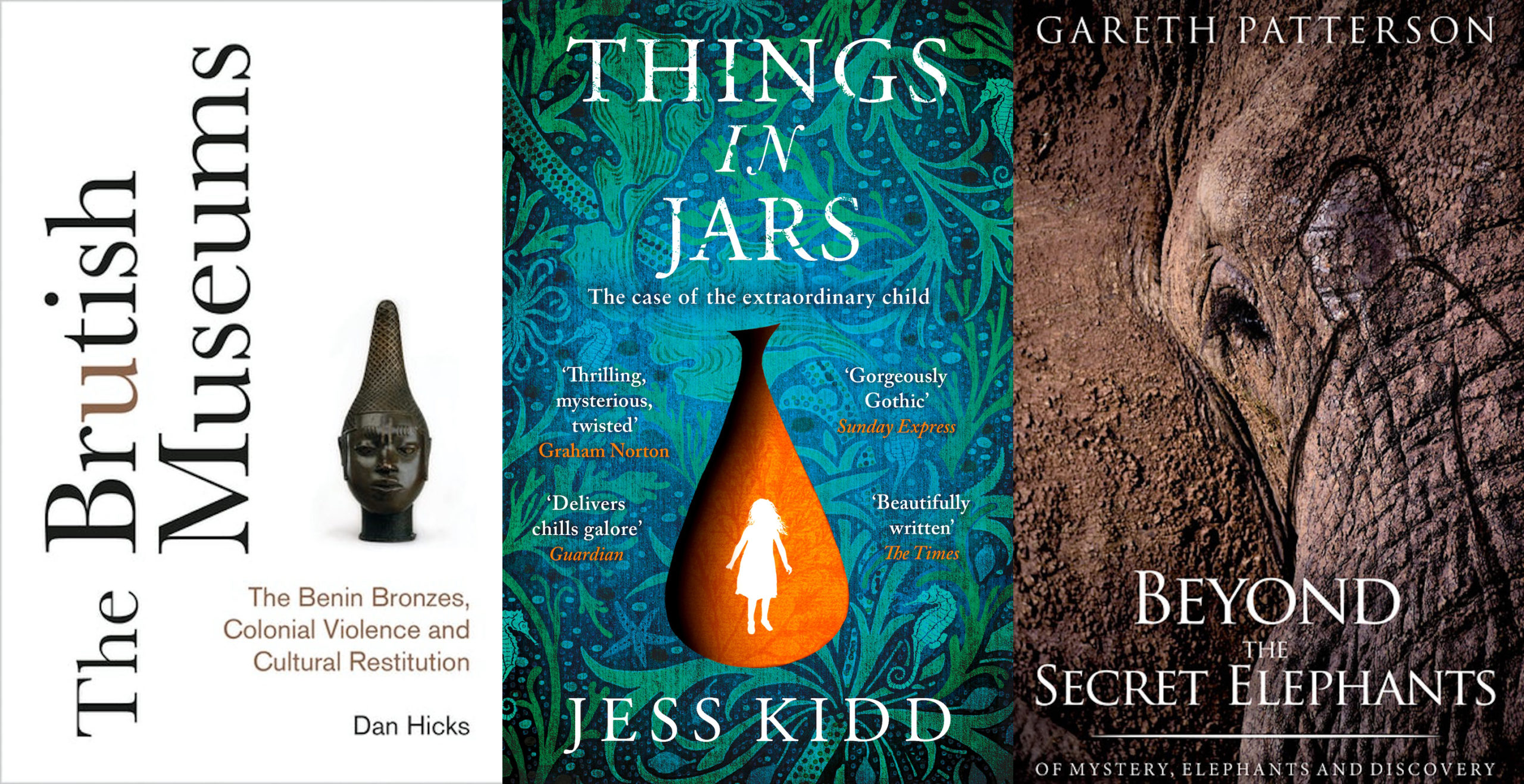 The Brutish Museums: The Benin Bronzes, Colonial Violence and Cultural Restitution by Dan Hicks (Pluto, R530). The central premises of this book are that (a) museums are not neutral and (b) the British Museum should urgently return the Benin Bronzes to Nigeria as an act of cultural restitution – and thus start washing its hands of the blood of colonial violence.

Things in Jars by Jess Kidd (Canongate, R200). This thriller delivers chills galore. London, 1863. A strange puzzle has reached Bridie Devine, the finest woman detective of her age. To recover a stolen child, Bridie must enter the dark world of medical curiosities… hence, you know, the title. Shriek!

Beyond the Secret Elephants by Gareth Patterson (Tracey McDonald, R270). Do you know about relict hominoids? What if we introduced them by their more common names, like Bigfoot… Yeti… and Otang. You probably haven’t heard of the last one, but it’s South Africa’s own, and apparently to be found in Knysna Forest. Patterson collects astonishingly consistent accounts of Otang sightings in his book.

The Death of Comrade President by Alain Mabanckou (Profile, R355). Mabanckou’s latest noir satire opens in the small neighbourhood of Voungou, Pointe-Noire, Republic of the Congo, where young Michel lives with Maman Pauline and Papa Roger. At a stroke – namely, the assassination of Comrade President Marien Ngouabi in Brazzaville – everything changes. Surreal, tragic and glorious.

The Gingerbread Kama Sutra by Pattie Paige (Octopus, R195). There’s a gingerbread position whatever your flavour. Handy baking templates show you how to make these cookie creations at home, while descriptions from the actual Kama Sutra mean you can get inventive in the bedroom as well as in the kitchen. Erm, yum!

Flake by Matthew Dooley (Jonathan Cape, R440). This graphic novel tells of the epic battle between two ice-cream sellers, Howard, who sells from his van, and Tony Augustus, whose ice-cream empire is expanding all over. The illustrations will have you melting – and running to the corner shop for a King Cone.

Oblique Strategies: Over One Hundred Worthwhile Dilemmas by Brian Eno and Peter Schmidt (EnoShop, £40, approx R820). Has there been a more appropriate year to acquire this little box of magic? Invented in 1975, the fifth, revised edition (2001) is available again – for who knows how long. Each card in the box suggests a course to take in difficult situations. For example: “Make an exhaustive list of everything you might do and do the last thing on the list.” Indispensable!

Mermaid Fillet by Mia Arderne (Kwela, R260). Remember to “stay wys,” particularly at the end of the year, says Goddess, a Capetonian who casts red storms when female bodies are abused. Arderne’s novel is the story of a network of wannabe gangsters, the search for a Tamagotchi and the smokkeling of mermaid tails. It’s about violence, feminism and how you dala what you must. Sunshine noir with a fantastical twist.