McKinsey and other State Capture enablers: Paying back fees is not enough 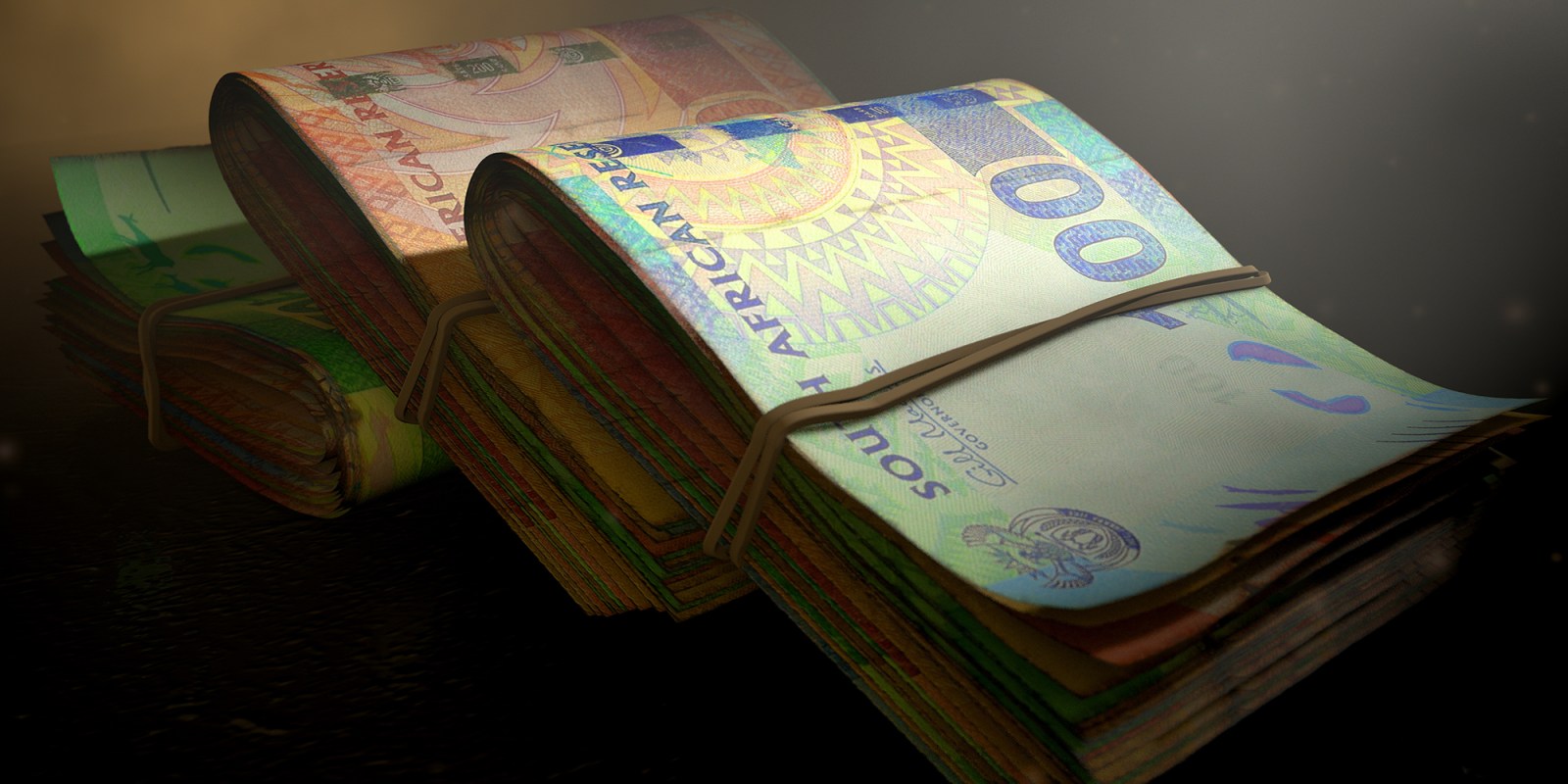 It is the Zondo Commission’s duty and well within its powers to compel banking executives, lawyers, consultants and auditors to answer tough questions about their role in State Capture, says the writer. (Photo: Adobe Stock)

The Zondo Commission has a vital role to play in advancing the public’s understanding of private corporations’ role in State Capture. It is the commission’s duty and well within its powers to compel banking executives, lawyers, consultants and auditors to appear before it and answer questions about their roles in State Capture. So far, with some limited exceptions, this has not happened in any meaningful way.

Last week, the Zondo Commission released a gushing statement praising global consulting giant McKinsey & Company for agreeing to pay back fees it had earned from “tainted” contracts with Transnet and SAA.

Chairperson Justice Raymond Zondo commended McKinsey for being a “responsible corporate citizen” and an example that other companies which benefited from dodgy State Capture contracts should follow. The reality is more complicated.

Firms like McKinsey see fee repayment as damage control and a way of dousing further scrutiny of their complicity in State Capture. However, for all corporations that enabled and profited from State Capture — especially the banks, management consultancies, law firms and audit firms who made a mint from years of grand corruption — paying back the fees should be the bare minimum.

Many South Africans quite rightly still expect full scrutiny and public questioning of their conduct by the Zondo Commission, as well as investigation by criminal justice institutions. It is time for full disclosure followed by appropriate reparations from corporations who were complicit in the devastation of the economy and institutions wrought by State Capture.

There is no doubt that the return of hundreds of millions of rand to state-owned enterprises (SOEs) is an important step in righting the wrongs of State Capture. In addition to the money that McKinsey has now committed to repaying Transnet and SAA, it had already repaid more than R1-billion to Eskom in 2018. That was after apologising for its role in Gupta-linked firm Trillian earning hundreds of millions from Eskom, despite doing no work (unless you count the allegations of siphoning off money to those with close ties to then president Jacob Zuma).

There was further welcome news last week that the South African subsidiary of Swiss firm ABB is repaying Eskom more than R1.5-billion earned from a corrupt contract for work at Kusile, thanks in part to the Special Investigating Unit. Another example is Bain & Company eventually repaying millions in fees it earned for consulting work that contributed to the erosion of capacity at SARS.

For cash-strapped SOEs, these are important steps. However, it’s far from enough.

The damage done by firms such as McKinsey, ABB and Deloitte — all implicated to various degrees in dubious contracts at Eskom — far outweighs the money they earned in fees. The reality is that their silence and complicity, whether with intent or negligence, in State Capture looting means that they are jointly responsible with corrupt politicians and Eskom board members for the nearly half trillion-rand debt at the power utility, the rolling blackouts and the higher tariffs being passed on to already vulnerable consumers. Any real accountability and reckoning from all of those implicated must involve a discussion of reparations that can go towards addressing the damage felt most painfully by people in South Africa.

Examples of this type of disproportionate damage abound. Bain & Company earned millions in fees for its work at SARS. That work was part of a campaign that devastated the institution and led to a shortfall in tax revenue amounting to hundreds of billions. Now, we are told that austerity is inevitable and grant beneficiaries hear that there are insufficient funds to extend Covid-19 relief. Bain must answer.

The reality, of course, is that none of these firms will consider such payments until they face the pressure of further criminal investigations and civil claims. This is where the Zondo Commission has such an important role to play. The commission’s inquisitorial nature and powers of subpoena make it best placed to summon and grill all private actors linked to State Capture. Evidence leaders must interrogate why companies were so slow to identify corrupt relationships between their employees and members of the State Capture cabal, and the chairperson must assess whether firms wilfully ignored warning signs of conduct that violated the law and their own policies, in exchange for lucrative fees.

At a range of other companies linked to State Capture, implicated employees were swiftly removed without satisfactory disciplinary processes (if at all), only for the firm to fall back on the claim that “no current employees” are implicated in wrongdoing. This is not accountability, justice or reparation. It only serves the companies in avoiding deeper scrutiny of their conduct and the cultures of impunity that prevail.

Crucially, questions must be put to all the banks that facilitated the money transfers that sustained the State Capture enterprise. They are yet to be publicly questioned on their glaring failure to enforce anti-money laundering policies. Unlike McKinsey, the banks have not pledged any repayment of money earned from State Capture. Yet State Capture would not have been possible without the willingness of both domestic and foreign banks to facilitate obviously unlawful transactions and illicit financial flows for years without acting decisively to stop this.

Additionally, all implicated companies must account to the public about what they have done to ensure accountability for employees, whether current or former personnel, implicated in unlawful conduct.

McKinsey is one of the few companies to have appeared at the commission and asked to explain how it has changed its systems to address its past failures of due diligence.

McKinsey partner Vikas Sagar emailed sensitive information about Eskom directly to an account widely suspected to be the clandestine inbox of Gupta associate Salim Essa, who is now on the US Treasury’s sanctions list. McKinsey claims that it was hoodwinked by Sagar. Yet despite telling the commission that there was an internal inquiry into Sagar’s conduct and that he was fired and reported to the authorities, some reports indicate that he still left the firm with benefits typically provided to a departing employee. He is now the co-founder of London based tech start-up Kalido where he still boasts of being a former senior partner at McKinsey.

At a range of other companies linked to State Capture, implicated employees were swiftly removed without satisfactory disciplinary processes (if at all), only for the firm to fall back on the claim that “no current employees” are implicated in wrongdoing. This is not accountability, justice or reparation. It only serves the companies in avoiding deeper scrutiny of their conduct and the cultures of impunity that prevail.

The fact that the commission is now passing on information it gathers to the National Prosecuting Authority (NPA) raises the stakes for implicated companies and their executives. One only has to look at the panicked nature of former president Jacob Zuma’s bids to avoid appearing at the commission to appreciate the consequences of testifying under oath before it.

By compelling corporations to appear, if necessary, and posing the hard questions, the commission not only satisfies the public’s right to know about the nature and extent of corporate complicity in State Capture, it also contributes to other legal processes against the firms. This strengthens efforts for legal accountability. Such efforts, in turn, apply the pressure needed to compel firms to sit at the table and present more appropriate monetary reparations for their conduct.

The commission thus has a vital role to play in advancing the public’s understanding of private corporations’ role in corruption. It is the commission’s duty and well within its powers to compel banking executives, lawyers, consultants and auditors to answer tough questions about their role in State Capture. So far, with some limited exceptions, this has not happened in any meaningful way.

The public has the right to know what happened in the boardrooms of towering glass monoliths in Sandton, and the truth about the precise culpability of private actors in State Capture that has resulted in grave harm to millions of South Africans. The Zondo Commission must act with urgency to bring corporate capturers to book. DM

Michael Marchant is a researcher at Open Secrets. www.opensecrets.org.za