Niger’s elections are unlikely to break the political deadlock 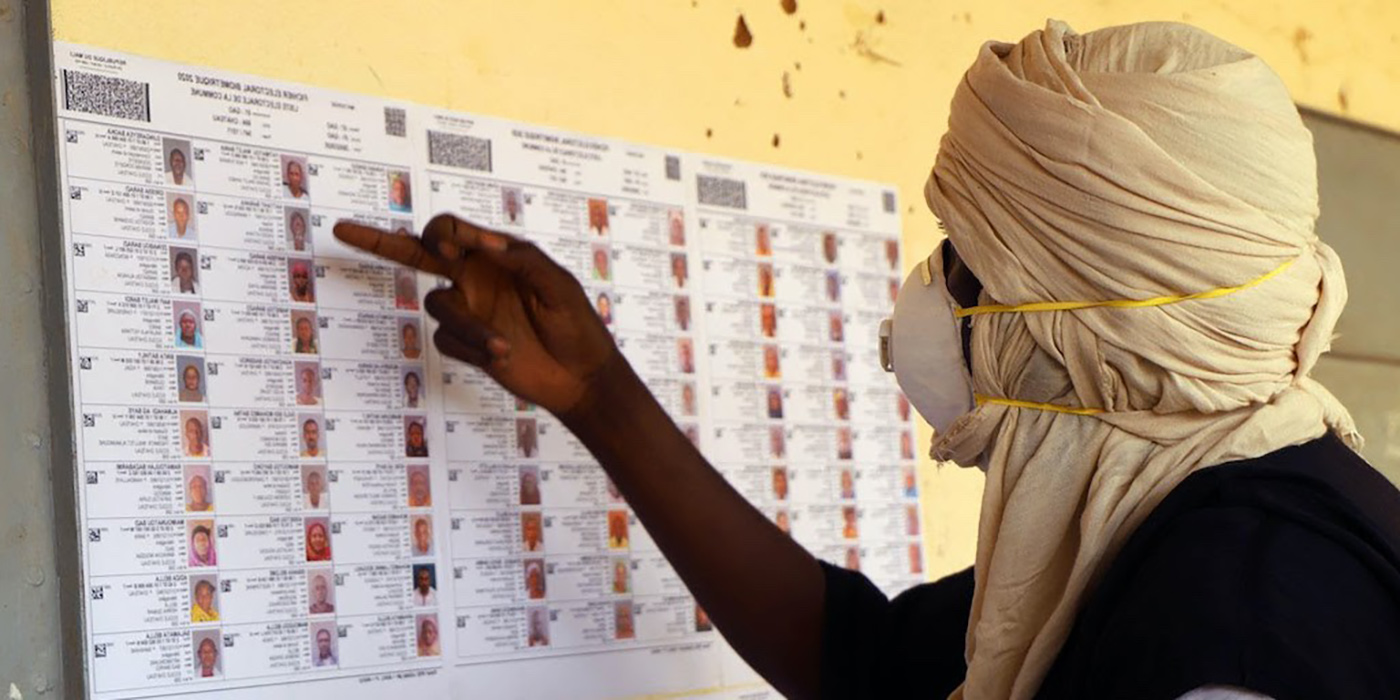 Nigeriens will head to the polls for their country's local, legislative and presidential elections on 13 and 27 December 2020. (Photo: ISS Today)

As the polls approach, deep divisions focus more on candidates’ personal backgrounds than the country’s security and development challenges.

On 13 and 27 December, about 7.4 million Nigeriens will vote in the country’s local, legislative and presidential elections. The polls could mark the first peaceful transfer of power between two elected presidents – a potentially significant outcome for a country that has seen four coups since independence in 1960 and repeated interruptions of its democratic processes.

But political dialogue has stalled over the past five years and divisions have deepened over the individual candidates running for election rather than the country’s needs. This situation threatens the prospect of a peaceful handover after the polls.

Outgoing President Mahamadou Issoufou, who served two terms, isn’t standing for re-election. His decision is in line with Niger’s 2010 Constitution but is still noteworthy considering that third terms are common in West Africa.

Opposition parties are calling out an electoral process in which they didn’t fully participate, as they declined to sit on the bodies making up the National Independent Electoral Commission. Nevertheless, the polls are being met with enthusiasm and the race has never been so crowded. Of the 41 presidential candidates presented, 30 were validated. Women are noticeably missing, with all applications made by men.

But political dialogue is still deadlocked. The problem goes back to the previous elections in 2016, which Issoufou won. The main opposition leader, Hama Amadou, was barred from running over his links to a criminal case which he always claimed was a political conspiracy. Back then, part of the opposition refused to take part in a government of national unity and withdrew from political consultation bodies such as the National Council for Political Dialogue.

Five years later, the situation remains tense. The upcoming presidential race reveals deep political divisions, with a focus on the personal backgrounds of leading candidates at the expense of Niger’s governance, security and development challenges.

Amadou’s application was rejected again over the same criminal case as in 2016, which revived frustrations. The fact that the ruling party’s candidate and key government figure, Mohamed Bazoum, could run despite controversy over his nationality of “origin” made things worse. Questions have been raised about whether he was born from Nigerien parents, as a way to disqualify him from the race.

A court decision on 3 December closed the case for now, although an appeal is possible. But suspicions around Bazoum’s citizenship highlight the need to modernise Niger’s civil registration system. This would help to quickly deal with such debates in future, allowing energy to be refocused on what candidates are offering voters.

It’s not the first time the authenticity of leaders’ citizenship is being questioned. Former presidents Mahamane Ousmane and Mamadou Tandja underwent the same treatment. Given the recurrence of such controversies, civil registration reform has more than administrative value. It could prevent certain political conflicts by improving the veracity of documents legally required to run for office.

A reliable registration system would also strengthen public belief in future voter registers. It would smooth the administration’s functioning and individuals’ access to their civil rights. Given the ongoing security crisis in Niger, a sound civil register would also improve the country’s capacity to identify suspects, since changing identity would be harder.

A law dealing with a stronger civil registration system was adopted in 2019, reflecting the government’s commitment to upgrading Niger’s public records capacity. The incoming government will need to maintain momentum and ensure the legislation is implemented.

The task may seem daunting, given the size of Niger’s territory (1,267,000km² – the sixth-largest country in Africa) and the accumulated backlog. But the electoral commission’s mobile court hearings between 2018 and early 2020 showed that results are possible. The campaign took civil registration services to people even in remote areas and delivered more than 5.8-million civil status documents in just a few months.

The country’s next administration needs to approach the task with consistency and determination. National investments in education and registration campaigns are crucial considering that many Nigeriens, especially in rural areas, don’t see the need to keep their civil documentation up to date.

Constructive and frank dialogue between the main political groups will also be needed to deal with the full spectrum of Nigeriens’ concerns. These include transparency and integrity of public action, especially since a number of corruption scandals have surfaced in recent months.

A redistribution of power after the elections may help to reinvigorate the National Council for Political Dialogue, in which the opposition lost interest after January 2016. Failing that, Article 69 of the Constitution could be used to set up a Council of the Republic to prevent and resolve institutional and political crises through consensus. But this precious governance tool will only be effective if it is convened by a legitimate president.

The next government should expect growing demand from citizens for participation and accountability, particularly from Niger’s overwhelmingly young people population. The fact that University of Niamey students organised a series of open meetings for presidential candidates to engage with students in 2020 is telling. It sends a clear signal about young people’s aspirations for more transparent and responsive governance. DM

This article was produced with support from the UK Conflict, Stability and Security Fund, the Hanns Seidel Foundation and the Ministry of Foreign Affairs of The Netherlands.