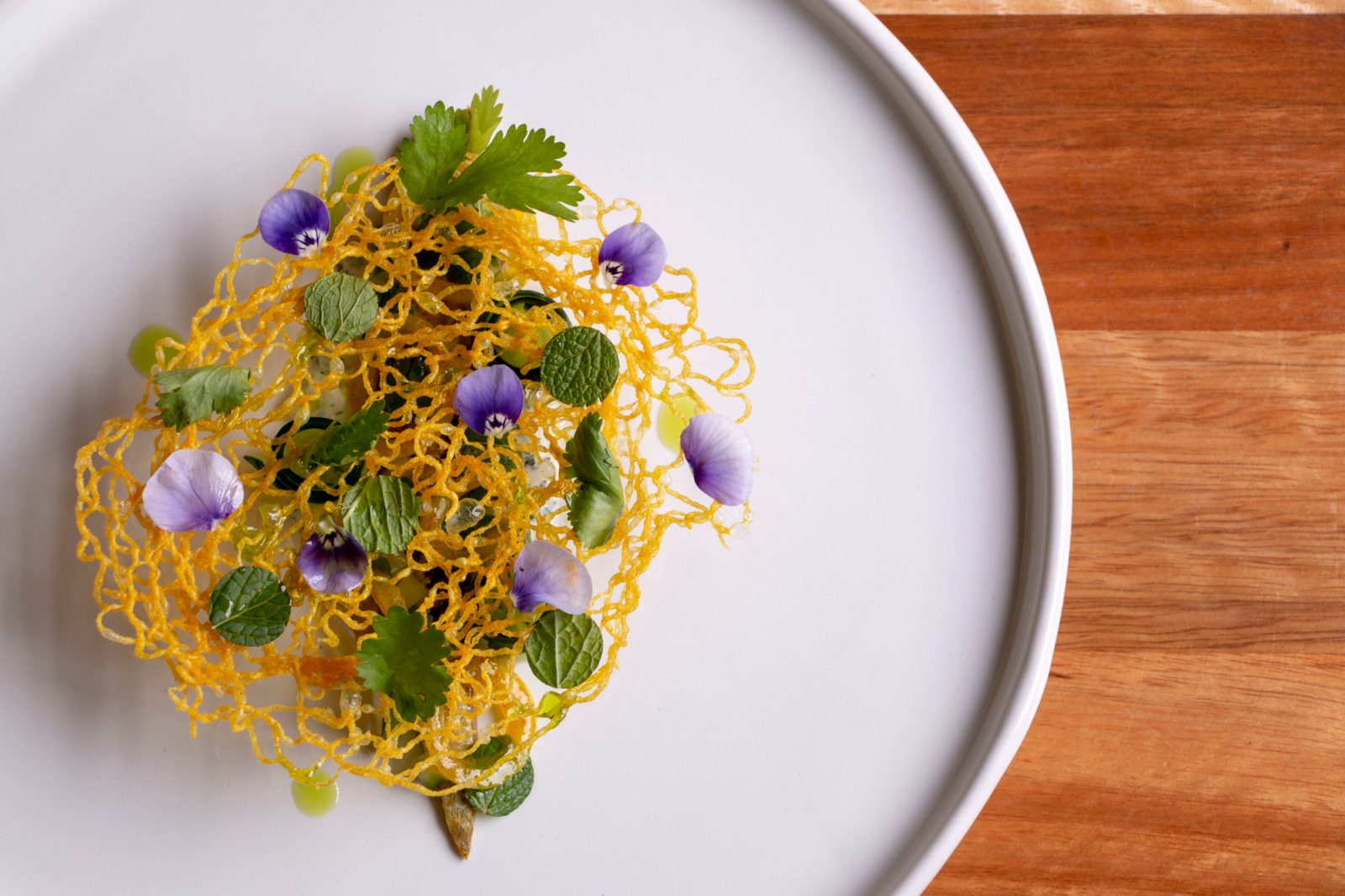 Jozi people eat out a lot, one way or another, right across the economic strata.

It might be at a tasting menu restaurant where the cutlery is heavy, the napkins linen and there’s something of a hush. Or at a family eatery where the children run around dropping chips while the grown-ups talk, eat and drink with resonant gusto. Or it might be alongside a kota spaza where two tables and some stackable chairs have been put out on the street and the music is always danceable.

Eating out in Covid-19 times means that tables, generally, are further apart and there is a drop in going outedness but not as much as I’d have expected. Eating out is the time for dropping masks and letting those mouths out.

But what is it that has Jozi people eating out? And so often?

I’ve heard Jozi people say they eat out because they want to experience food that’s better than they can produce at home.

That’s a kind of no-brainer when you think of pork belly perfectly produced sous vide, not something we all do every day, mainly because we don’t have the equipment, served along with a fine croquette of some of the other pork meat, with a ground gammon meatball, silky cauliflower puree, compressed apple, glazed carrots and the pork jus. The compressed apple is so that we get little bursts of intense appleiness. There’s a strong possibility that this calls for more skills, time and care than we can muster at home.

It is followed on DW eleven-13’s latest tasting menu by poached peach with a sage bavarois, an almond dacquoise and strawberry consommé. I imagine making the almond meringue to be layered with almond cream for the dacquoise, just one of the elements on the plate, altogether adding up to a grand composition of tastes, planned and created by the chef who does this so well, Marthinus Ferreira. No wonder his restaurant has been full (as can be with spaced tables) every night with waiting lists, for the last two months. DW eleven-13 in Dunkeld West is one of Joburg’s favourite tasting menu restaurants and Ferreira enjoys an avid, even reverent Jozi following “even now”. Clico is another tasting menu venue with a keen following, in Rosebank.

Many of Jozi’s favourite restaurants feature other cuisines like Italian food at Cafe del Sol Classico in Olivedale and Ristorante La Trinita at Kyalami, the latter run by two Italian women, who are almost hidden away in a shopping centre and yet win world awards for their fare. For such a Jozi gem, there is a waiting list to get in, to eat out. No one can provide Italian food like an Italian so there’s already a very good reason to eat out. Needless to say the owner of Cafe del Sol is an Italian woman too.

Mozambik serves up our just-over-the-border, holiday-tasting peri-peri prawns that so many Jozi men, especially, cannot get enough of back home. It’s a helluva sunny-vacation thing, like the Mozambiquan peri-peri cashews. There are Mozambiks all over the country and quite a few in Jozi but the Linksfield one seems to be the one that harks most of hols.

Prawns are big too at Ghazal, a mostly North Indian foods restaurant in Bryanston, where the kids might run around with pakodas or samoosas.

With more foreign flavours are the connected Mezepoli and Plaka restaurants, hugely popular probably also because of fond Aegean holidays and with no shortage of Greek supplies here because of the very substantial Greek population in Jozi.

Che Argentine Grill is popular for different reasons. It falls into the “big meat” popularity category. Here there’s much of it, lots of flames and all the Argentine cuts and cookery styles are intriguing. Since moving from Maboneng it has proved even more popular if that is possible, on the corner where all the action was and where it is filling up apace again, where Jan Smuts meets Bolton Road in Parkwood. The popularity of “big meat” means steakhouses like the flashier Grillhouse restaurants in Rosebank, Melrose Arch and Sandton, as well as the slightly run-down but traditionally-good-value Thunder Gun Steakhouse in Blackheath, have plenty of appeal.

The sushi craze has never disappeared. In fact it’s found ever-new markets. It doesn’t even have to be Japanese or real sushi for that matter. What matters is lotsness. Big Mouth on slightly depressing Sandton Sandton Square has proved its appeal by being so full of sushi munchers, so popular.

Going out for breakfasts and lunches are just as must-do for Jozi people as dinners. All the Tashas in the chain must be ever grateful for their many sleek bums on tasteful though distanced seats. Edgier and interesting is chef Claudia Giannoccaro’s Salvation Cafe at 44 Stanley. It’s been around for 15 years and I have never seen it even slightly empty, much of it spread out on the stoep and down below in a big courtyard.

In the beginning Claudia was the poached eggs queen of Jozi, when all about her were still putting poaching-pan steamed eggs onto their Eggs Benedict plates. People have caught up over a generation but she’s still ahead at creating special things for what are seemingly simple breakfast and lunch dishes, like a fragrant bowl of mussels (no chips involved) for a lunch that I can’t forget. Even the coffee is very worth going there for. If Jozi people are eating out at the Salvation to see and be seen, it is altogether an artier sight.

The social aspect, even distanced, is certainly very much a Jozi thing and there are not many Zoom local meetings anymore, when the pavement cafes and great coffee places are right here and still so attractive. Many restaurants may have shut over lockdown but most cafes live on.

Perhaps people want to be seen at OR Tambo airport. I know I would, for travelling purposes. But Quills Restaurant there is beyond just lockdown travelling-popular. Go figure.

I think, rather than being seen or even seeing at the places I admire and like to eat at, and not for their popularity either, I appreciate the Jozi restaurants where the chef or cook shows mastery of certain foods, like at the Salvation Cafe. Jozi eaters want to try the latest, the newest and I think I do too. But some places have survived intact with that excitement I love to experience when I eat out in Jozi.

Winnie’s Tuckshop in Tembisa is just such a spot for well-made kotas. A kota can be slapped together with oozing sauces but it can also be created with knowledge and experience of extra taste and still ooze with sauces.

To return for a moment to Marthinus Ferreira: every week he has new tasting menus but, with his exceptional ability to distinguish and combine taste, he offers wine pairings of course but also non-alcoholic pairings that astonish me for their inventiveness and surprise. This year he’s open for Christmas and, though one would have to book pretty early, there’s an experience I’d be keen to try.

Yes, I do want delight when I eat out here. Like the time I went on a Jozi bao hunt and found the most tasty and exquisite on my doorstep in Melville at the constantly amazing Anti Social Social Club run by two perfectionist millennials. If excitingly cured bacon is your thing, they also have an adjacent and cute place called Tiny Tiki Bar, which serves exactly that, all differently home cured for day-long breakfasts. Riffs on the same shakshuka are not as exciting, no matter how trendy.

Now I’m looking for a place to eat that has wonderful ways with goat. That could be another shining moment.

Jozi food is exciting and delightful in all its complexity and the culinary donations from settlers of our own continent. The extent and variety is astonishing. I know very well why I eat out in Jozi but it’s always fun to know why others do too. DM/TGIFood