Image by Gino Crescoli from Pixabay

Image by Gino Crescoli from Pixabay

Risk premia investing is not a new concept and is very appealing in the financial market environment when volatility and unpredictability reign supreme as it does not rely on stock picking or market timing.

Selecting securities based on their risk premia, which are determined by the common characteristics associated with higher returns, has been around for decades. I, in my role as an investment professional, have been researching and managing risk premia-based strategies for 25 years.

Risk premia investing is designed to enhance diversification and is an alternative approach to active stock-picking strategies. It also has the added benefit of offsetting risks by targeting broad, persistent and long-established return drivers.

Before the investment community understood risk premia, investors began to notice that certain groups of diversified portfolios performed better than others. At the time, there was no explanation for this difference, and the excess return was usually attributed to the skill of the portfolio manager. As risk premia research emerged, the evidence showed that stocks with certain common characteristics could explain the bulk of the excess returns – and that very little was due to the fundamental stock pickers’ abilities. In addition, these return differences proved to be positive and consistent over the long term. Harvesting these positive return differences exhibited by certain groups of stocks offered clear benefits to investors.

Currently, risk premia models can explain most of the return differences in diversified portfolios. This has proven to be problematic for fundamental active fund managers because their ability to beat the market, which was previously assumed to be because of their skill, can now easily be explained and therefore replaced by risk premia strategies. A big deal for investors!

If investors can get market-beating returns, at lower risk and a relatively lower cost, they will save massively on fees; further boosting their long-term investment returns. These diversified portfolios are also attractive in that they consist of lower risk, smaller-cap stocks, trading at appealing valuations with higher profitability and the potential for positive price appreciation. The explanation for these return differences is that stocks with these characteristics are inherently viewed as riskier than their larger counterparts and investors expect to be compensated with higher returns when owning these stocks. In essence, investors should be rewarded with a premium for being exposed to these risk factors.

Many consider risk premia investing to be a black box, but we prefer to think of it as a glass box. Let’s look inside to gain a better understanding of how risk premia investing works. It is a systematic approach to strategically investing in segments of the financial market that have been shown to produce better returns over more extended periods than those in other segments.

Let us rewind to the early 1970s when academics began to challenge the assumptions of the Capital Asset Pricing Model. This model envisions a fictitious world where markets are efficient, and investors are rational. Based on these assumptions, it predicted a positive linear relationship between risk and return. At the time, academic research drew from normative theory, where decisions or outcomes were based on standards or values that are difficult to prove or disprove, and that made sense because financial data and computational power were not readily available.

It was considered better to stick to financial theory when knowledge could not be acquired and proved by observation. This changed when better data and increased computational power paved the way for empirical research and allowed academics to gain a much better understanding of stock price movements.

In 1972, Haugen and Heins studied stock returns and came to a groundbreaking conclusion: the relationship between risk and return is not linear, and lower risk stocks outperform higher risk stocks over the long term. Haugen became one of the pioneers of low volatility strategies, an essential building block of risk premia investing.

Others also started questioning the explanatory power of the Capital Asset Pricing Model. In the early 1990s, Fama and French studied the returns of groups of stocks. They observed that smaller-cap stocks trading at attractive valuations performed better than the prevailing theory would lead investors to expect. This proved that certain segments of the market can generate higher returns and that stock performance is not solely explained by market risk.

A further building block was also added to risk premia investing during the 1990s when Jegadeesh and Titman proved that stocks that had positive price appreciation were likely to continue to be winners in the future. This became known as the momentum effect.

The quality premium is a more recent addition to the foundation that supports risk premia investing. In the 1970s, Benjamin Graham established that quality metrics, like profitability, matter to investors when evaluating stocks. Thirty years later, renowned academics like Sloan, Novy-Marx, Fama and French have also shown that these higher-quality companies outperform lower-quality companies in the long run.

Even as academic evidence was mounting up, risk premia investing was not widely adopted by the investment industry as it threatened the existence of fundamental active managers and it required a high level of data science skills and computational power.

However, the Global Financial Crisis of 2008 provided a surprising breakthrough, and Norway unexpectedly started the revolution. The Norwegian Sovereign Wealth Fund, which invests the country’s oil and gas revenues, had built up a portfolio worth about $300bn in 2008. In October that year, a month after the collapse of Lehman Brothers, the fund suffered severe losses. By investing across various asset classes, like equities, bonds and property, and spreading these investments across regions, the fund was supposed to be well-diversified. The government commissioned a thorough investigation to find out why the diversification had not been effective. 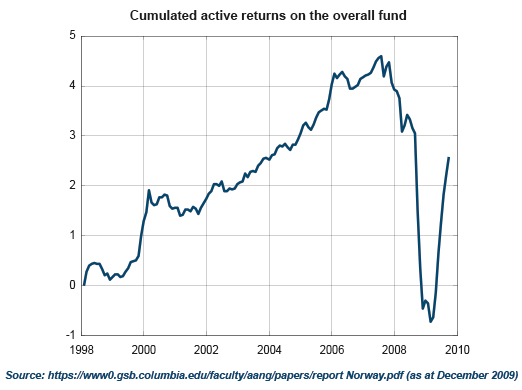 The investigation was headed by three famous academics, Ang (Columbia Business School), Goetzman (Yale School of Management) and Schaefer (London Business School) and they found that the portfolio’s risk premia could largely explain the performance; something the fund was not aware of at the time. The portfolio drawdown was a result of the various asset classes all being exposed to the same risks and therefore was, in fact, not well diversified at all. The Norwegian government was advised to specifically allocate to a diversified set of risk premia, instead of across assets. This was the beginning of large-scale adoption of risk premia investing.

There are potentially hundreds of risk premia available, but many of them are variants of a core set. To be taken seriously and classified as a risk premium, it must be persistent, pervasive, robust, investable and economically sensible. For a risk premium to be persistent, it must deliver long-term positive drift and performance should not be limited to a particular timeframe. To be pervasive, it must hold true over various regions, countries and sectors. Risk premia must be robust and should not be affected by changes in how it is defined. Being investable is extremely important, and if a risk premium cannot be harvested cost-effectively, then it offers no benefit to investors. Furthermore, if there is no sensible explanation for a risk premium, then it is merely an anomaly and should not be expected to persist over the long term. 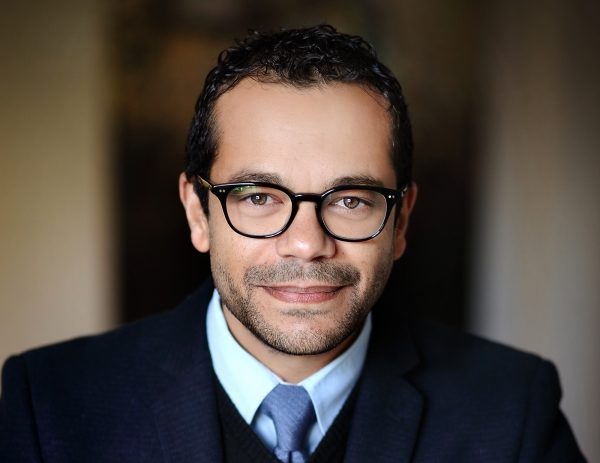 Prescient Investment Management (Pty) Ltd is an authorised financial services provider (FSP 612).
The value of investments may go up as well as down and past performance is not necessarily a guide to future performance.