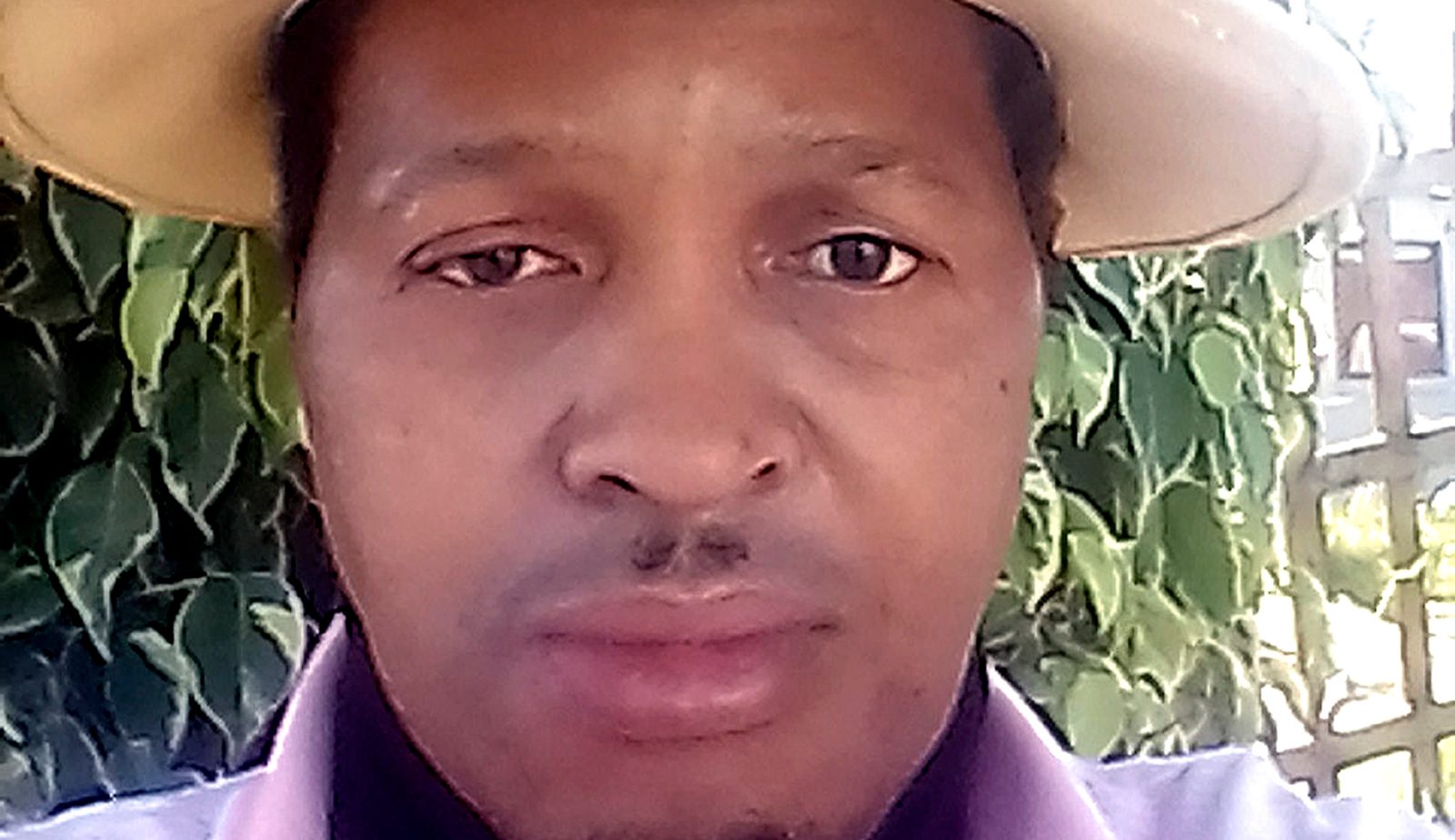 Lungile Mxube has asked the high court to refer to trial a defamation matter brought against him by the Eastern Cape MEC for Transport, Safety and Liaison Weziwe Tikana-Gxotiwe, so that his legal team may cross-examine her. (Photo: Supplied)

The legal team for a Makhanda community leader, who is fighting an interdict to silence him from Eastern Cape MEC for Transport, Safety and Liaison Weziwe Tikana-Gxotiwe, has filed legal argument at the high court asking for the case to be referred to trial so that the politician can be cross-examined.

Makhanda anti-corruption activist Lungile Mxube has asked the high court to refer to trial a defamation matter brought against him by the Eastern Cape MEC for Transport, Safety and Liaison Weziwe Tikana-Gxotiwe, so that his legal team may cross-examine her.

Mxube’s legal team has filed papers at the high court arguing that the application for an interdict and a damages payment by Tikana-Gxothiwe to stop him from making allegations of corruption and certain defamatory statements about the way that she runs her department, was “undesirable” and inappropriate.

He is represented by the Centre for Applied Legal Studies.

Tikana-Gxothiwe sued Mxube for R250,000 over his allegations of corruption in the Eastern Cape Department of Transport, and allegations that a contract to run a Covid-19 isolation facility in Cala was irregularly awarded to a guesthouse in which she held an interest.

Mxube was part of the group of activists who initiated the ground-breaking litigation brought by the Unemployed People’s Movement in 2019 leading to the court ruling that the Makana Municipal Council be dissolved for its unconstitutional lack of service delivery.

He says the MEC has sued him to silence his public allegations.

Counsel for Mxube, Chris Georgiades SC, argued in papers filed at the Makhanda High Court that the “new trend in our law of bringing a defamation claim by way of application for a final interdict and damages was undesirable and certainly not suited for this matter”.

He explained that litigating in this way barred his client from using legal tools such as asking for the discovery of documents and the examination of witnesses.

Mxube added in papers before court that he would ask the court to refer the matter to trial because there were a number of witnesses that he would like to call. These include the authors of a Public Service Commission report which concluded that there were irregular appointments in the Department of Transport, a woman who made an affidavit supporting jobs-for-pals claims against the MEC, Tikana-Gxotiwe’s driver and investigators from the Hawks “in order to establish truth and public benefit in my case”.

During lockdown, Mxube was a vocal critic of the process followed by the Eastern Cape government that led to a guesthouse in Cala being awarded a contract to serve as a quarantine site. The guesthouse belonged to Tikana-Gxotiwe.

Both Mxube and United Democratic Movement leader Bantu Holomisa posted about these alleged irregularities on social media, resulting in “urgent” defamation cases being brought against them by Tikana-Gxotiwe.

After the connection with Tikana-Gxotiwe surfaced, the premier’s office directed that the arrangement with the guesthouse be cancelled and alternative accommodation be found for patients.

In June 2020, Judge Gerald Bloem heard Tikana-Gxotiwe’s case for R250,000 in damages against Holomisa, but dismissed it in a scathing judgment finding that Tikana-Gxotiwe does in fact have some stake in the Cala B&B.

“As a politician, Tikana-Gxotiwe should realise that she should not be treated as an ordinary member of society. She should expect robust, even exaggerated, comments to be made about her conduct, as was the case herein. In the circumstances, since it is found that Holomisa’s comment that comrades were again busy with corruption, was fair; it cannot be said that the tweet injured the good esteem in which Tikana-Gxotiwe is held by the reasonable reader of the tweet,” Judge Bloem ruled.

In suing Mxube for R250,000 Tikana-Gxotiwe claimed that Mxube’s posts on social media questioning the quarantine contract were defamatory, as were a number of other posts about the Department of Transport. One of these included a post about expensive whisky.

Mxube, however, said that he had documents to provide proof of what he had posted on social media. These included a Public Service Commission report on irregular appointments in the department, an affidavit backing up allegations that she had engaged in personal relationships with department officials and a letter from the Hawks detailing an investigation of corruption into the Department of Transport.

“It is in this context that my Facebook comments should be understood. They show that the MEC and the administrative centre… remain untouchable. They manipulate tenders showing that the department is corrupt; that they protect friends that they have hired without the necessary qualifications and that the MEC is engaged in personal relationships with subordinate staff,” he stated in his affidavit.

“This matter should be referred to trial in order that the MEC can be called as a witness and that she can be cross-examined on these allegations,” Mxube said. DM/MC