Pieter-Louis Myburgh details the case against Ace Magashule: ‘There’s too much set in stone’ 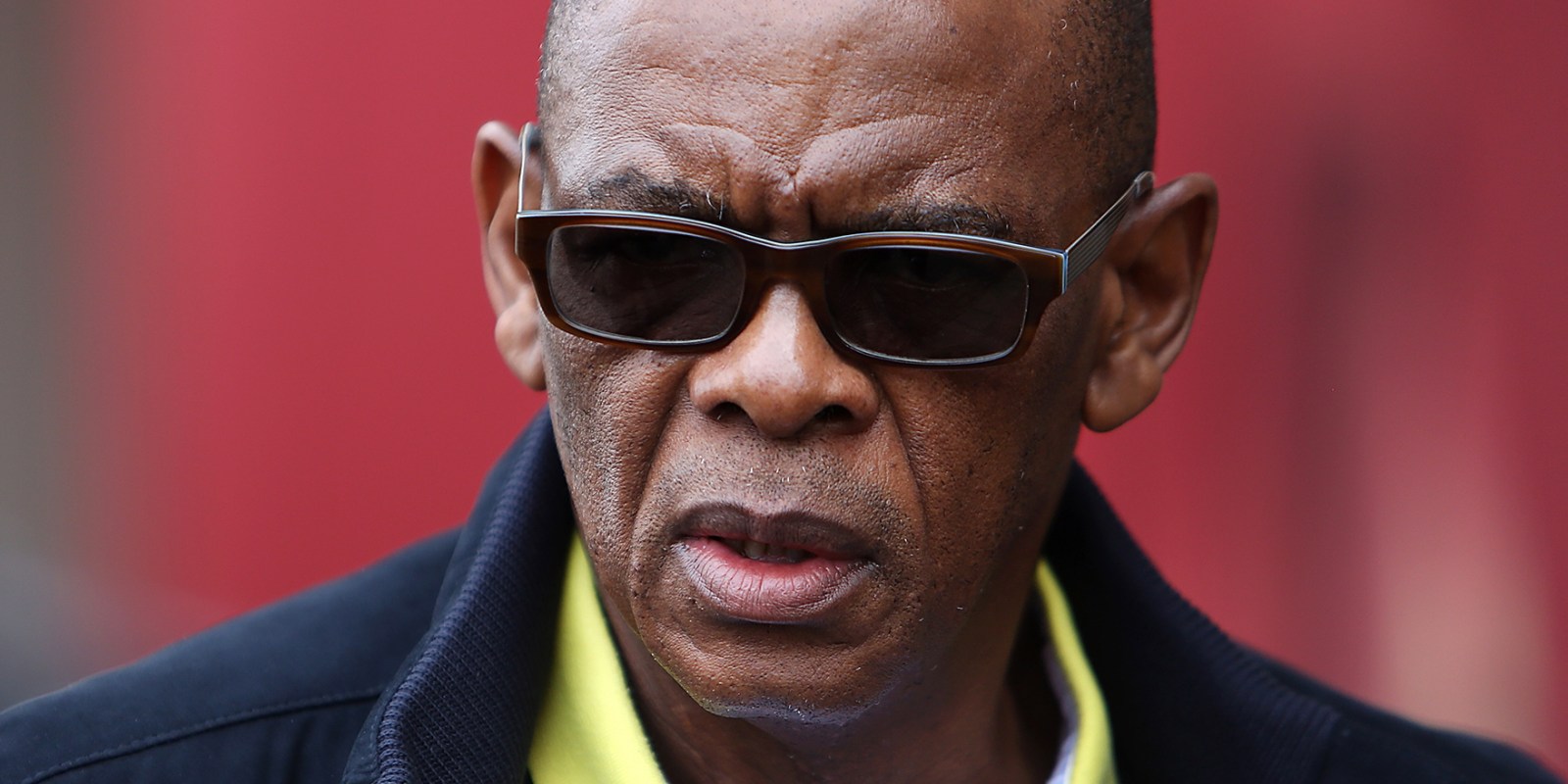 The wheels of justice might turn slowly, but at least they’re turning. Ahead of Ace Magashule’s court appearance, Scorpio’s Pieter-Louis Myburgh, in a Daily Maverick webinar, detailed the case against the ANC secretary-general and explained how authorities are finally starting to act on high-profile cases.

When the ANC’s top six officials met to consider the warrant of arrest issued for party Secretary-General Ace Magashule this week, Pieter-Louis Myburgh did a quick search on the other five members.

ANC Deputy President David Mabuza faces widespread allegations while he was Mpumalanga premier; Chairperson Gwede Mantashe has been embroiled in the Bosasa scandal; Deputy Secretary-General Jessie Duarte has been linked to the Guptas; Treasurer Paul Mashatile never quite seems to be able to shake rumours about the “Alex Mafia”, and the nature of his current post could open himself up to various allegations.

President Cyril Ramaphosa has not been implicated in corruption claims, but his critics continue to raise questions about his campaign finances for the party’s 2017 Nasrec conference.

Despite the party’s own resolutions, the officials did not ask Magashule to step aside while he faces corruption charges related to the R255-million Free State asbestos audit contract.

“I can only imagine that they are very well aware that if they pull the trigger on that resolution of theirs to force individuals implicated in corruption to actually step down, that it will have massive ramifications for the party because it is a party that across the board harbours so, so many individuals who are directly implicated in corruption and other forms of malfeasance,” said Myburgh in a Daily Maverick webinar on Thursday.

Myburgh, an investigative journalist for Daily Maverick’s Scorpio, has doggedly delved into the allegations against Magashule and his 2019 book Gangster State: Unravelling Ace Magashule’s Web of Capture exposed the secretary-general’s role in the asbestos audit scam.

Magashule is due to hand himself over to the police and appear in the Bloemfontein Magistrates’ Court on Friday on corruption charges.

He will be the seventh person arrested in the case. Businessman Edwin Sodi, whose company Blackhead Consulting was key to the deal, along with the late Igo Mpambani’s Diamond Hill Trading 71, has already appeared in court alongside other businessmen and government officials.

“It was without a doubt an effort to extract a large amount of money from the province’s coffers with very little regard for the actual service delivery,” said Myburgh.

He described how the deal was orchestrated so that its beneficiaries would be paid a predetermined R255-million. Sodi and Mpambani’s businesses made more than R200-million in profit while some of the funds were channelled to sub-contractors. Only about R7-million was actually spent on carrying out asbestos audits on Free State houses.

Magashule, premier at the time, is alleged to have been close to the financial dealings. His PA, Moroadi Cholota, instructed Mpambani to make payments to third parties, allegedly on Magashule’s instruction.

While we await the charge sheet, constitutional law expert Professor Pierre de Vos has outlined the challenges the National Prosecuting Authority (NPA) might have to overcome to secure a conviction, including a possible lack of witnesses.

Myburgh, who tracked how money flowed to Sodi and Mpambani and then to Magashule’s interests in the ANC, said there is sufficient evidence to convict the ANC secretary-general.

“With the asbestos case, there’s too much set in stone, kind of black and white documented evidence within the cloud and can’t be burnt.”

He noted that even if the NPA can’t prove Magashule personally benefited financially, the State only has to prove that he accepted gratification for the benefit of another person or party, such as the ANC or its comrades who were allegedly funded by the proceeds of the deal to visit Cuba.

“You don’t always have to take a kickback or bribe for one to be arrested or charged in relation to these kinds of deals,” said Myburgh.

Magashule’s allies have already started mounting a political defence and his appearance in the Bloemfontein Magistrates’ Court could be a litmus test of his support within the ANC.

Myburgh recalled how Magashule’s supporters interrupted his book launch at Sandton City in April 2019. The protest, he felt, was carefully orchestrated and demonstrators didn’t appear genuine in their support for the secretary-general.

“I think it’s going to be very difficult for him to rally up broad universal support, not only in the party, but also obviously across all sectors of society in South Africa. I just do not see that kind of support, for instance, not the kind of support that Jacob Zuma enjoyed initially around the arms deal prosecution.”

“I’ve kind of always viewed a lot of his support as being a kind of carefully manufactured thing,” said Myburgh.

The Hawks have made a string of high-profile arrests in the second half of 2020 and Myburgh believes prosecutors are finally starting to act without fear or favour after years of inaction.

“I just don’t get the sense that there’s any special treatment in that regard any more. I think the NPA will charge people who for many, many years have prominently been embroiled in corruption scandals, regardless of who they are and I think that’s really going to start happening.”

He suggested that the NPA is conscious of its image problem and is probably looking closely at high-profile cases such as the Vrede dairy project, and others involving the Guptas, VBS and Steinhoff. Authorities also need to investigate the books of the ANC, and other political parties, he said.

“We just have too many pieces of information or revelations that point to the ANC having formally been a kickback operation and that would have happened to the detriment of all of us,” he said.

“If the governing party has become a criminal syndicate, because these are all crimes – it’s money laundering, it’s corruption – then the Hawks, hopefully, surely, and the NPA should by now be sitting upright and examining that part of it.”

A number of audience members on the webinar were sceptical about whether Magashule and others accused of corruption will finally be brought to book. Myburgh said he was encouraged by the authorities’ recent moves, but warned that the case against Magashule could take years.

“Once again, it’s the old adage that the wheels of justice turn slow sometimes, but they do turn and it’s still justice being done, I think.

“It’s still a very positive development because, once again, regardless of how long the case takes, finally at least that kind of person has been apprehended and charged.” DM

Gangster State, by Pieter-Louis Myburgh, is available for purchase here.