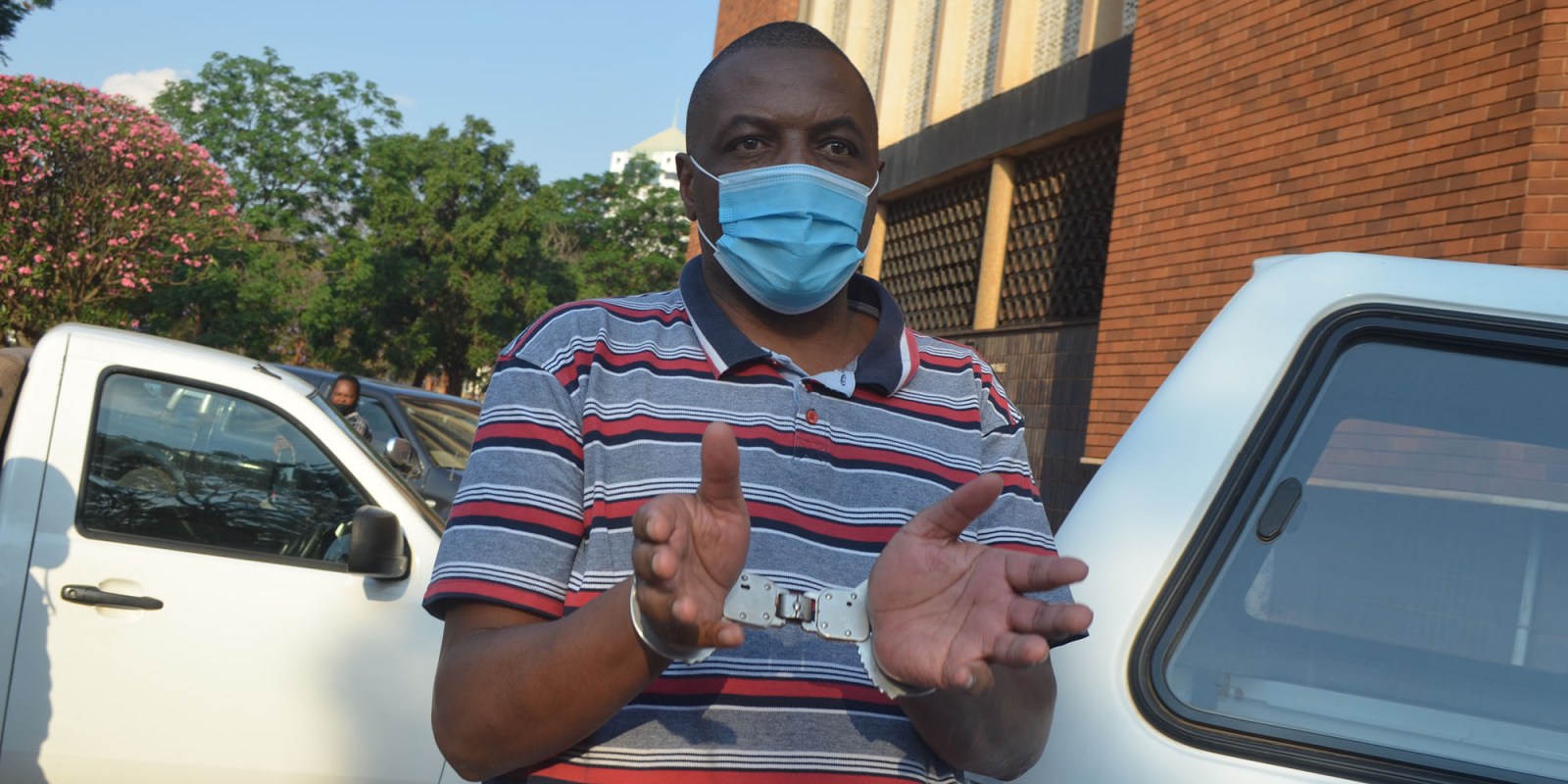 Hopewell Chin’ono, who was granted bail by the high court in Harare on a charge of inciting Zimbabweans to revolt against the president, is now being charged with contempt of court and obstruction of justice.

Controversy surrounded the court appearance in Harare of prominent Zimbabwean investigative journalist and documentary filmmaker Hopewell Chin’ono on Thursday after he was rearrested this week and charged with contempt of court and obstructing the course of justice.

Chin’ono, who is on bail on separate charges of inciting Zimbabweans to revolt against President Emmerson Mnangagwa, was brought to court in handcuffs and immediately told reporters that the fresh charges were trumped up.

“I am being persecuted by Emmerson Mnangagwa and his administration; journalism is not a crime,” said Chin’ono as he was being escorted by detectives and anti-riot police into the court building.

Inside the court building, anti-riot police threatened to assault lawyers, journalists and others who were following Chin’ono’s case, demanding that they leave the courtroom. When the situation calmed down, Chin’ono’s lead attorney, Beatrice Mtetwa, returning for the first time after a court barred her from representing him in the incitement case, told magistrate Marehwanazvo Gofa that Chin’ono was improperly before her and should be released immediately.

“The accused person is improperly before the court because the 48-hour period stipulated by the law that an arrested person should appear before a magistrate or judge has lapsed,” said Mtetwa.

“This court is being asked to sanitise an illegality if it remands the accused person in custody or out of custody when the accused person is improperly before the court. Hopewell was arrested at 5.15pm on Tuesday and he is only appearing before you now when the 48-hour period has expired.”

However, the prosecution, led by Audrey Chogumaira, proposed to lead evidence from the investigating officer and hear Chin’ono’s bail application afterwards. This was opposed by Mtetwa, who argued that the State could only proceed by way of summons.

Mtetwa also charged that Chin’ono’s case was being heard in the incorrect court.

“This is an anti-corruption court and we wonder why the accused person has to appear in this court when he is not facing corruption charges,” said Mtetwa.

However, because the matter had been brought to the court’s attention after business hours, the magistrate remanded Chin’ono in custody to Friday to allow the State to lead evidence from the police officer investigating the case.

State papers show that Chin’ono, who was granted bail by the high court, was now being charged with contempt of court and obstruction of justice.

The documents say Chin’ono allegedly posted a message on his Twitter handle “that he intended by the statement to prejudice Henrietta Rushwaya and his own case which were pending at the magistrates’ court”.

Rushwaya, who is the Zimbabwe Miners Federation president, was arrested last week on charges of attempting to smuggle 6kg of gold to Dubai through Robert Gabriel Mugabe International Airport in connivance with a Pakistan businessman, Ali Mohamad, and some of Mnangagwa’s security aides.

The Rushwaya case opened a can of worms, with Mnangagwa’s wife, Auxillia, and her son Collins being fingered in the smuggling syndicate. Following the exposé, the Zimbabwean first lady was quick to issue a statement distancing herself from the gold-smuggling scandal.

Meanwhile, the court papers in Chin’ono’s latest case further state that while on bail Chin’ono claimed to have created communication lines with the National Prosecuting Authority and obtained confidential prosecutorial deliberations.

If the prosecution succeeds in having Chin’ono placed on remand on the fresh charges, the State could revoke his bail conditions on the previous charge.

The arrest of Chin’ono has attracted criticism from local, regional and media watchdogs, including the Media Institute of Southern Africa and the Committee to Protect Journalists (CPJ), which have called on Zimbabwean authorities to respect media freedoms.

“We hope that this is not an orchestrated attempt to revoke [Chin’ono’s] bail conditions,” said Quintal. DM