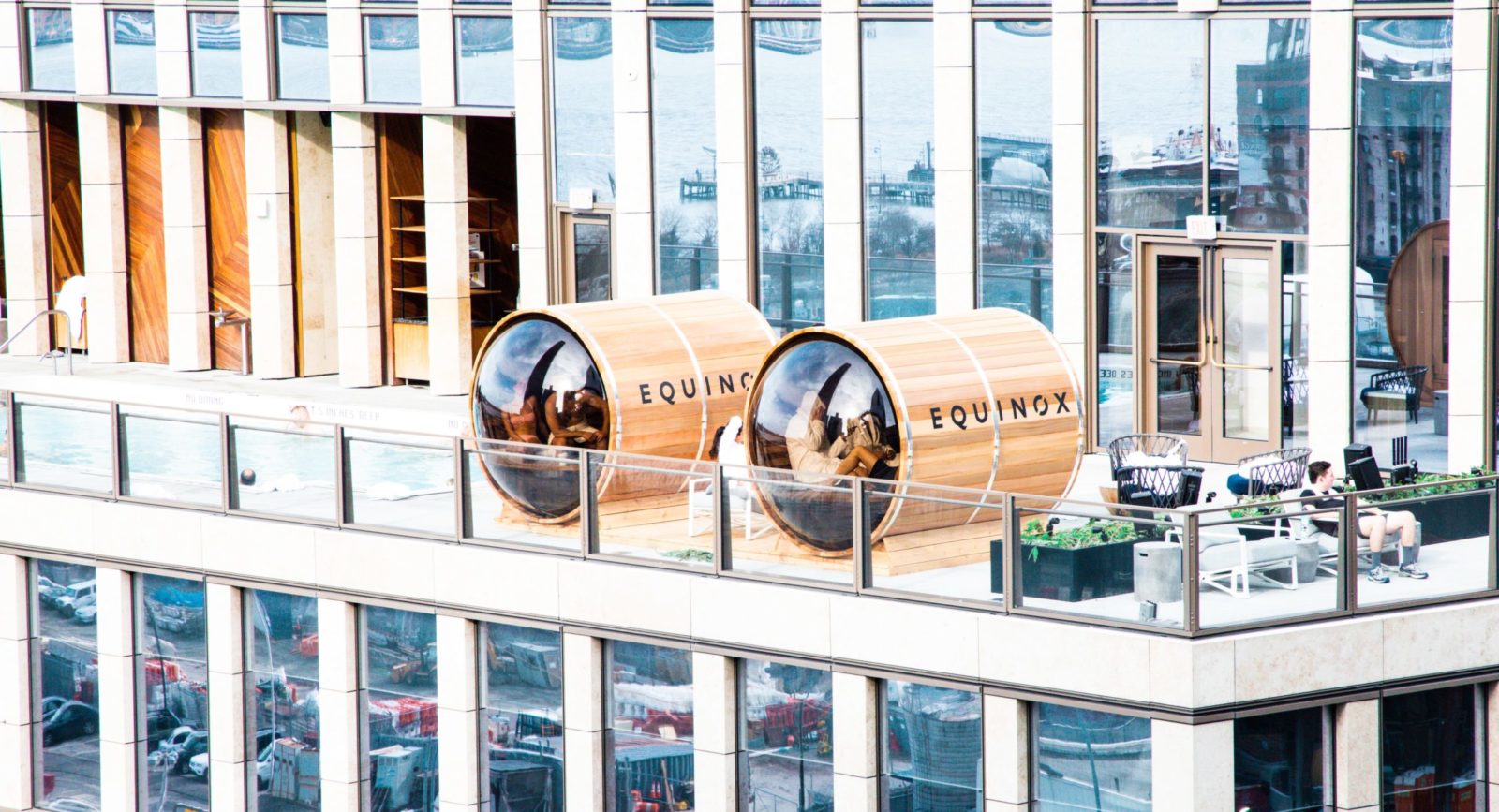 Sauna rooms have made their way in spas and gyms around the world. How does it work and what are the benefits?

American artist Leonard Koren wrote in his 1996 book Understanding the Bath that: “To bathe is to fall into step with your biological rhythms: in and out breathing, the speed of blood coursing through your veins, the slowness of tiredness.… The mechanical world of objective time – seconds, minutes, hours – is irrelevant here.”

Indeed, from times immemorial, the bath – one of the oldest places for bathing was found in the Indus Valley (Pakistan), in the lost city of Mohenjo-daro, around 2500 BC – has been used not only for daily hygiene but also as a place for social connections, sacred ceremonies and gatherings. In contrast, the sauna – also called “sudatory” which is something that induces sweating, is a room, usually small, that uses dry heat, usually from water poured on hot stones, to make bathers sweat.

Author Suemedha Sood explains in a 2012 article that throughout history many different cultures have all indulged in the escape of a boiling hot room. Native Americans use sweat lodges as a traditional ceremony, where a gathering is held in a tent or hut filled with heated rocks, with prayers, songs and offerings to gods being part of the ritual; in Japan, “the onsen” is a natural thermal bath, created by hot springs from the country’s volcanic activities. In Russia, the “banya” is the country’s traditional equivalent to the modern-day sauna; in Turkey, Afghanistan and many other countries, the hamman fulfils a similar role.

Mark Bosworth explains in a 2013 article for the BBC that early saunas often consisted of lighting a fire underneath a pile of stones. The smoke from the fire would fill the room and would only be allowed out when the desired temperature had been reached; then the bathers would enter the room.

Eventually the early sauna morphed into a wood-heated sauna, where stones are heated on a stove fired by burning wood, with the smoke disappearing through a chimney.

Nowadays, there are mainly four different types of saunas, electric saunas where by a press of a button the stones are warmed up and the room prepared for bathers, steam rooms – which is often equalled to a Turkish bath, and infrared saunas where the “infrared heating system is based on the person’s body heat rather than on the air heating” and of course, “traditional Finnish saunas”, usually wood-burning.

Back in 1881, Paul Belloni Du Chaillu wrote in his book The Land of the Midnight Sun about a visit to Finland; he noted that “one of the most characteristic institutions of the country is the sauna… It is a small log-house, built very tight, with no windows, having a single aperture above to let the smoke out; in the center is an oven-like structure built of loose stones, under which a fire is kept burning till they are very hot”.

In fact, saunas remain extremely popular in Finland: the country’s population is around 5.5 million, and almost 1.7 million private dwellings have saunas; the number is even higher when one includes public saunas – which can be found in Finland at the Burger King, a Ferris Wheel or at hockey stadiums.

What does it do?

In a study published in 2018 in the journal of Evidence-Based Complementary and Alternative Medicine, and dubbed Clinical Effects of Regular Dry Sauna Bathing: A Systematic Review, Joy Hussain and Marc Cohen explain that most dry saunas operate in a temperature range “from around 80°C to 100°C, with a humidity level from around 10% to 20%”.

Most sauna sessions involve a pre-shower, followed by a relatively short time in the sauna room, with cooling-periods in between through swimming, showering or just stepping out of what could feel like an inferno, for anytime between five and 20 minutes. Once inside, your heart rate increases, your skin temperature increases, and you begin sweating.

A 2018 review by a team of scientists, Jari A. Laukkanen, Tanjaniina Laukkanen and Setor K. Kunutsor, dubbed Cardiovascular and Other Health Benefits of Sauna Bathing: A Review of the Evidence and published by the Mayo Clinic, found that “sauna bathing may be linked to several health benefits, which include reduction in the risk of vascular diseases such as high blood pressure, cardiovascular disease, and neurocognitive diseases; nonvascular conditions such as pulmonary diseases; mortality; as well as amelioration of conditions such as arthritis, headache, and flu”.

The authors also found that “physical function, vitality, social functioning, and general health were reported to be considerably better in those who were sauna users than in nonusers”.

However, scientists and researchers noted the need for more evidence to determine whether saunas can be recommended for specific clinical conditions, at what temperature the sauna is most effective and what frequency and duration of sauna-bathing produces optimal results.

Cape Town-based Integrative Medicine Specialist, Dr Sedicka Laskery, agrees although she recommends sessions in the sauna for about 10 minutes from the moment “you start to sweat down your torso” – even though, she adds, this will depend on one’s personal conditions and experience while in the sauna.

“When you start sweating … it optimises toxin detoxification. How long you take to initiate sweating can differ from person to person,” says Dr Laskery, adding that having up to five sauna sessions a week for longer durations could increase health benefits.

Laukkanen and Kunutsor also found that “Sauna bathing is a pleasurable recreational activity and has a good safety profile, and most people in generally good health can tolerate a typical hot and dry Finnish sauna”.

However, combining sauna bathing and alcohol consumption “increases the risk of hypotension, cardiac complications, and traumatic events”, they say; in addition, “there is previous anecdotal evidence that people with cardiovascular conditions are discouraged from having sauna baths because the hot and humid environment imposes a burden on the cardiovascular system”.

Dr Laskery explains that, “individuals who suffer from heat sensitivity (malfunctioning of temperature regulation), as with some cases of multiple sclerosis, tachycardic heart conditions, neuropathic pain or anyone suffering from a chronic illness and is in a weak state can be very sensitive to the heat intensity of regular traditional sauna or Far Infrared saunas” and that getting advice from a health practitioner is therefore recommended.

“A process of cellular detoxification requires many necessary elements (such like eating) the right foods, lifestyle modifications and even natural medicines where applicable, to support the body more holistically and ensure a comprehensive approach to your healing… Sauna is not a ‘magical pill’ but certainly has (many) health benefits. It is always vital to be mindful around any changes we make to supporting or adjusting health in our bodies,” she adds.

Towards the end, the study concludes with a useful summary and advice for those wishing to take up this activity “As with all newly started activities, it is prudent to start with caution, to check the individual tolerance, and to increase the intensity and frequency of the activity gradually. In general, sauna bathing is a well-tolerated recreational activity, simple to use, and enjoyable; does not involve physical exertion; and has a good safety profile”. DM/ML