Nigerian military offered to deploy in Lagos if needed – governor 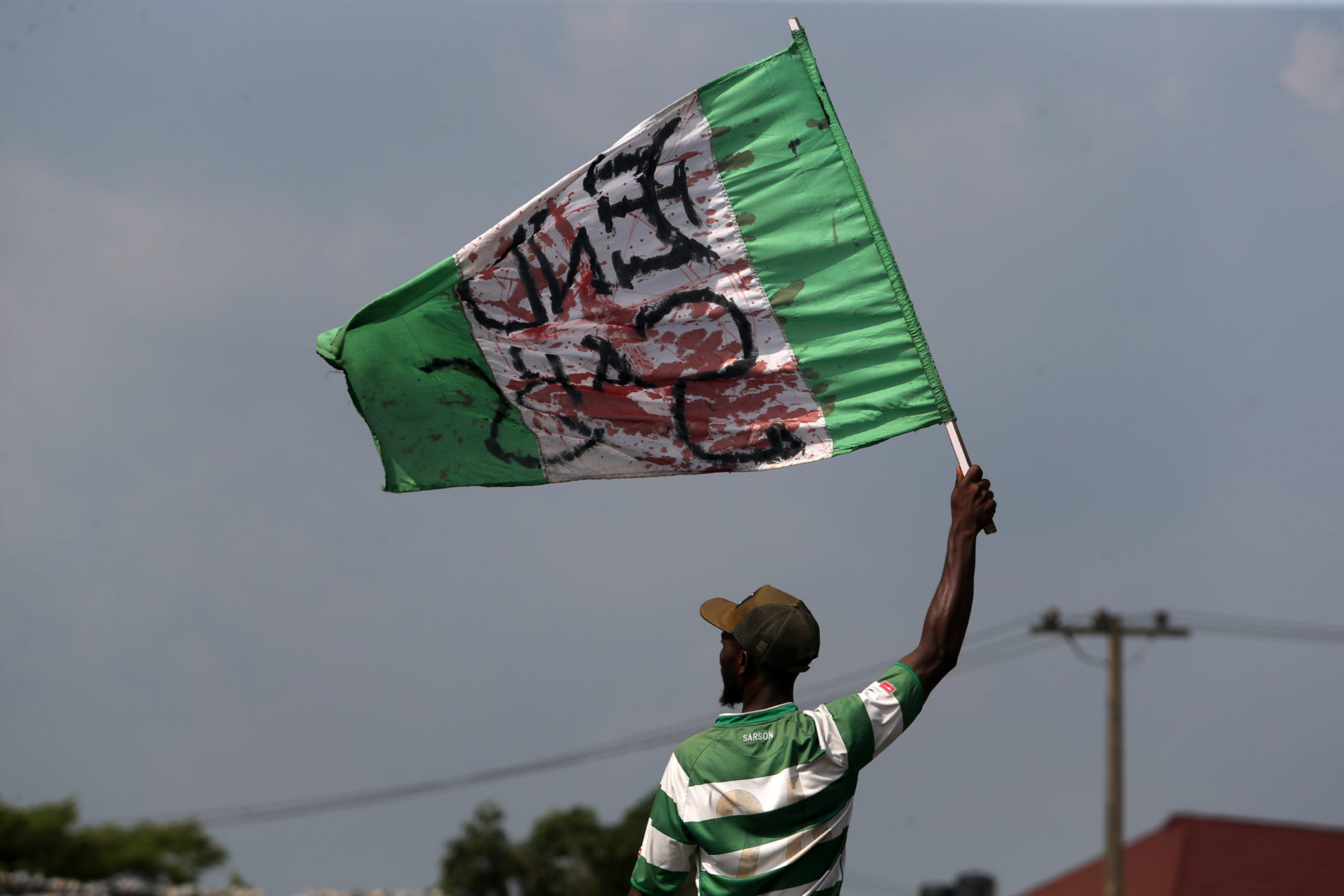 A protester holds a stained Nigerian flag along a road during a protest against the Nigeria rogue police, otherwise know as Special Anti-Robbery Squad (SARS), in Lagos, Nigeria, 21 October 2020. It has been two weeks since a protest against SARS began and Protesters say agitation against police brutality continues as an entry point to addressing other social and political issues such as corruption, official ineptitude to public accountability, and government inefficiency in Nigeria. Protesters defiled a 24-hour curfew earlier imposed on the Lagos metropolitan city by the governor to continue the protest after a military attack on the protesters at a toll gate in Lagos on 20 October 2020. EPA-EFE/AKINTUNDE AKINLEYE

LAGOS, Oct 22 (Reuters) - The Nigerian military has offered to deploy in Lagos state if needed to protect key business and government sites amid anti-police protests, the governor said on Thursday.

Unrest has broken out across the state, which is under 24-hour curfew, sparked by protests and the shooting of civilians by security forces on Tuesday evening.

Governor Babjide Sanwo-Olu, in an interview on local station Arise TV, said the chief of defence staff and the chief of army staff had called around midday on Wednesday “to say that if indeed I require for the military to come out, they will deploy them.”

He said the primary concern was the security of key business and government installations, such as Lagos’ ports.

“It’s really just a conversation around security support that we’ve got,” he said.

Sanwo-Olu did not say whether he would accept the offer, but called on leaders to keep young people including protesters off the streets.

Fires burned across the commercial capital on Wednesday as roving groups of young men, some protesters still on the streets, and armed police clashed in some neighbourhoods.

The army has denied soldiers were at the site of the shooting at Lekki toll gate in Lagos, where people had gathered in defiance of the curfew. Four witnesses told Reuters soldiers had fired bullets there and at least two people had been shot. Rights group Amnesty International said the Nigerian army and police killed at least 12 peaceful protesters at two locations in Lagos – Lekki and Alausa – on Tuesday.

Sanwo-Olu said he did not send soldiers to the toll gate, and President Muhammadu Buhari, while appealing for calm in a statement on Wednesday, has not directly addressed the incident.

Buhari said that CCTV cameras on Lekki Bridge, which social media posts suggested had been removed prior to the incident, were there and working at the time of the shooting and would form part of the state’s investigation into the incident.

He added that he would “absolutely” make the footage public. (Reporting By Libby George; Editing by Kevin Liffey and Tomasz Janowski)