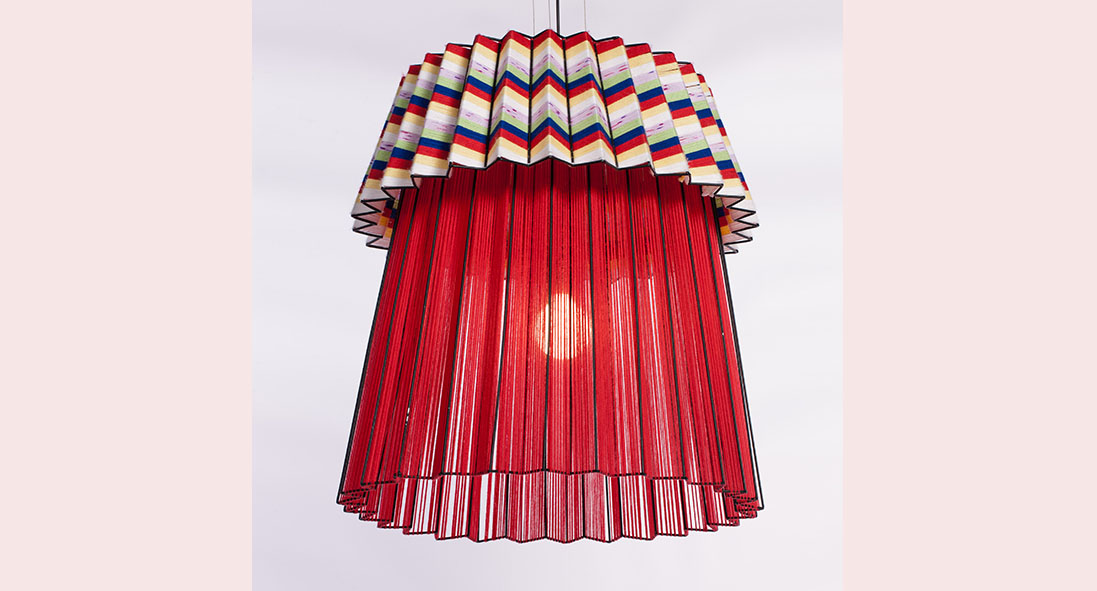 Mjo’s work will be part of an upcoming exhibition celebrating design pieces shaped by personal histories.

South African artists and designers have been celebrated on the international stage on multiple occasions, like William Kentridge or Laduma Ngxokolo at the Museum of Modern Art in New York, or Esther Mahlangu at the British Museum, to name but a few.

Now, two pieces by South African designer Thabisa Mjo, behind the brand Mash T Studio, have been bought by the Musée des Arts Décoratifs in Paris, a museum dedicated to the exhibition and preservation of the decorative arts.

Cloé Pitiot, curator of modern and contemporary design at the Musée des Arts Décoratifs, and Marianne Brabant, assistant curator of modern and contemporary design, explain that, “the museum has been acquiring for a few years already design pieces from the international scene, and the South African design scene seemed unmissable to us, in terms of African design.

“The work of Thabisa Mjo is remarkable on several levels: she mixes design and craftsmanship; she incorporates in her projects the concerns of our contemporary world with her roots and her traditions. Her personal and intimate vision for design, her social values all contribute to her avant-garde pieces.

“For all these reasons, the Museum des Arts Décoratifs, Paris, wished to acquire her pieces,” they add.

Mjo’s Tutu 2.0 pendant light and Mjojo cabinet will be on display from 19 November 2020 to 11 May 2021 in the exhibition, Un Printemps Incertain – inspired by Virgina Woolf’s novel, The Years, published in 1937, and who wrote, “It was an uncertain spring.”

The Musée des Arts Décoratifs is situated in a wing of the Palais du Louvre, right in the heart of Paris.

To those interested in the history of decorative arts, the museum has an encyclopaedic collection of design pieces, ranging from European decorative works to fashion and textile pieces, advertising posters and artworks as well as “rare and ancient documents”.

Now, the collection will have two extra pieces, both from South Africa, after one of the museum’s curators attended the exhibition Mjo held in August 2019, at the Paris-based Bonne Espérance Gallery, dedicated to African art and design.

There, she spotted two pieces, the Tutu 2.0 pendant light and the Mjojo cabinet, and decided to submit the works to the museum’s selection committee to be considered for purchase.

Mjo describes the acquisition as “completely unexpected. It’s like a dream I never had, coming true”.

The designer first started in TV, as she created the sets for Bonngoe Productions and styled events for different product launches. She graduated from AFDA with a degree in production design, followed by a degree in interior decorating and architectural drawing at Inscape Design School.

In 2015, her career as a designer kicked off – thanks to the South African fast-food chain, Nando’s, which every year organises a competition to find young and upcoming designers to create pieces that will then be featured in their restaurants, locally and abroad.

“I had never designed anything before, but as a small business owner, I had learnt the importance of pivoting; the value of never second-guessing yourself and just ‘going for it’,” Mjo told Maverick Life’s Lelethu Tonisi in 2019. And so, the Tutu 2.0 light was born.

Mjo won the competition: was named Nando’s Hot Young Designer and the light was duly hung in restaurants around the country and across the world. In 2018, the light was voted the “Most Beautiful Object in South Africa” at the Design Indaba.

The pendant light was inspired by Xibelani, a traditional dress worn by xiTsonga women. “I called it Tutu 2.0 because it is also reminiscent of a ballerina’s tutu. I love that it’s bold and bright and unapologetic,” says Mjo.

Each Tutu 2.0 light is unique: the designer tries to adapt the light to the needs of each customer in terms of size, colour, material and patterns, so it’s not surprising to see one looking completely different to the others, although the structure and the mimicking of the dress is uniform in all the lights.

The other piece acquired by the museum was the newly designed and produced Mjojo cabinet.

“It’s so interesting to me to see other people being intrigued by this whacky cabinet because, for me, it was just this outlandish idea that I had and really I wanted to satisfy my own curiosity to see if it could work,” she says.

This ‘whacky cabinet’ was deeply influenced by South Africa, and the shape is based on the JoJo water tanks that are found across the country.

The name of the cabinet was a play on words, with a fusion of JoJo water tank and the Xhosa word umjojo, resulting in Mjojo. “There is a Xhosa word umjojo which can be loosely translated as something that makes one shy away from attention. A complete opposite to this cabinet,” she explains.

The one acquired by the Musée des Arts Décoratifs features the steel cabinet in black and yellow, and, much like the Tutu 2.0, the cabinet is personalised for each customer.

Beyond the exhibition, Mjo is focusing her creativity on designing for residential spaces through Mash T. Design Studio.

“We had to start thinking about making products for the residential market. Our focus was a lot on commercial developments, hotels, lodges, restaurants… but Covid-19 has given us an opportunity to re-look our offering.

“It’s a very exciting time because now we are able to give all our customers and supporters an opportunity to have a piece of Mash T in their home.”

The designer’s unmistakable commitment to the stories that shaped her life and our country remains a thread that runs through her designs.

Back in 2019, she told Maverick Life’s Malibongwe Tyilo: “I always go back to my childhood for inspiration, and when people see the result, when I tell them the stories that inspired the pieces, they always get excited, especially people who can identify with that childhood… growing up in the township and playing those games.

“It seems to resonate with them and that makes the work more appealing. I take that history and try to interpret it into what’s happening now. I feel like I’m more of a storyteller than I am a designer. But I use design to tell that story.”

Today her message remains the same: “I think for me the narrative is central to not only the output but to the reason why the piece itself exists…” DM/ML