Inquiry to remove Public Protector to go ahead, while Mkhwebane complains of being ‘ignored’ 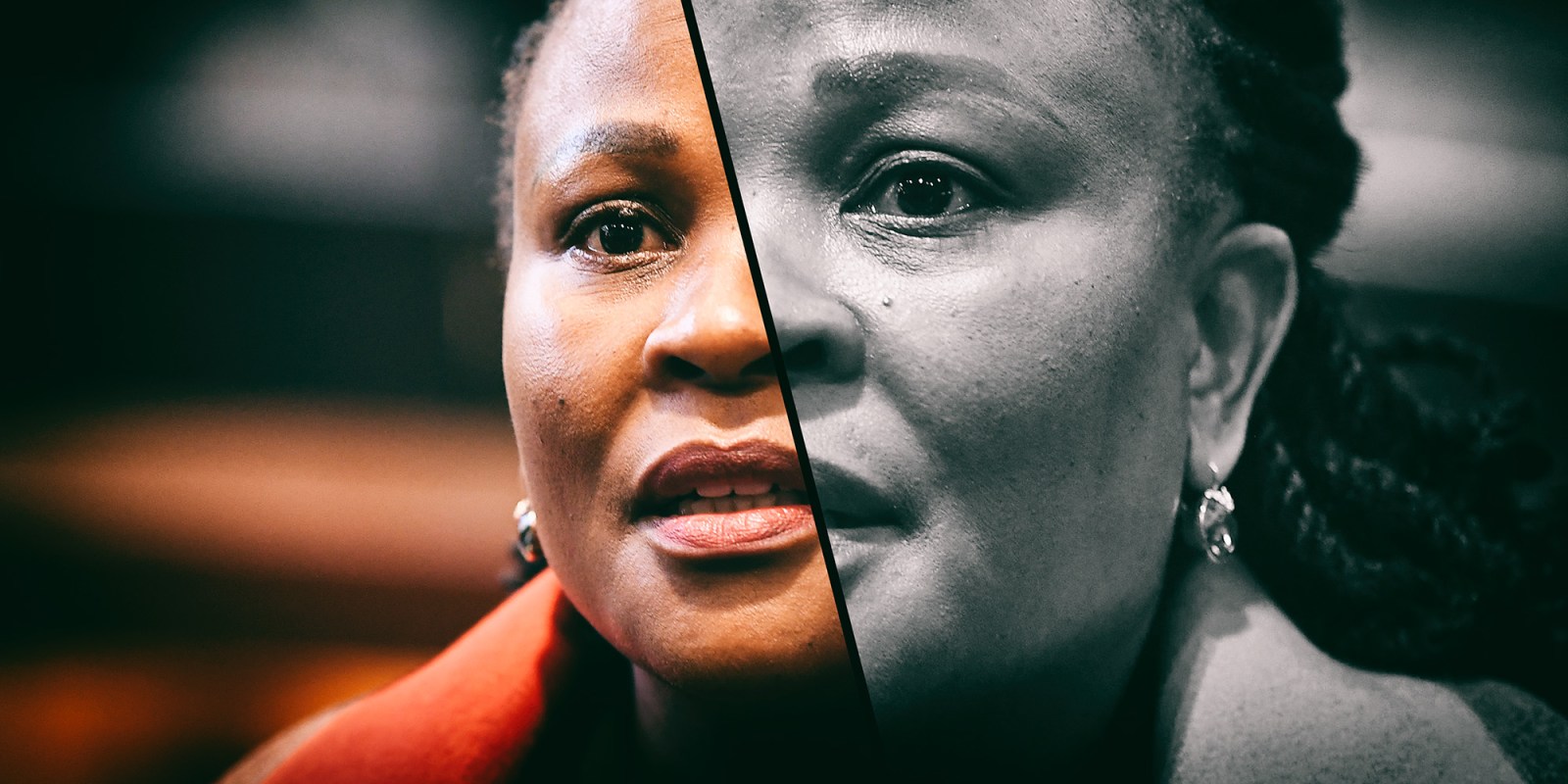 Parliament’s inquiry into Public Protector Busisiwe Mkhwebane’s removal from office is set to proceed, it emerged at Thursday’s programming committee. Hours later, before the justice committee, Mkhwebane asked for help as her remedial actions seem to be increasingly ignored.

It was never going to be easy to hold an inquiry into the removal from office of Public Protector Busisiwe Mkhwebane. But it’s a step closer now – three years after the first complaint from the DA in September 2017, the adoption of a new parliamentary rule, a flurry of letters and court action.

On Thursday, National Assembly Speaker Thandi Modise told the programming committee that “in place before me” were the names of members of the independent panel that would make a first assessment on whether the Public Protector had a case to answer.

It’s procedurally complicated. Following a complaint motion, once approved by the speaker, political parties nominate candidates for a three-person independent panel that is the first stage of a two-stage removal procedure under the parliamentary rule Removal of Office Bearers in Institutions Supporting Constitutional Democracy. Adopted in early December 2019, the rule sets out a 17-step process that may end in the constitutionally required two-thirds vote in the House to remove a Public Protector.

It’s also politically tricky. The first attempt to establish this panel in February 2020 faltered as nominees withdrew over possible conflicts due to their current work areas.

“We had to restart,” Modise told the parliamentary programming committee. “It had to be thorough. We had to look at all the candidates and make sure no candidate is used to discredit whatever decision the panel takes.”

That’s the clearest signal of the tensions in this process. Since July 2019, Mkhwebane has directed sharply critical correspondence to Modise.

In early July 2019, the Public Protector complained about what she viewed as the speaker’s failure to protect her – in the new Parliament after the May 2019 elections, the DA renewed its request for removal proceedings – and to point out the lack of rules. In early December 2019, the House unanimously adopted the new rule, but on 29 January 2020 Mkhwebane asked Modise to suspend the “grossly unfair” rule pending an “amicable” settlement of issues – or face legal action.

Parliament maintained that as the institution to select a Public Protector, it had a role in the removal of a head of a chapter 9 institution, and so it came to legal action. While court papers were exchanged on the interdict application, the Covid-19 hard lockdown in late March 2020 meant the hearing was delayed to mid-August.

We do not need to wait for the court process to be concluded. So, we can proceed at this point in time, we are advised.

On Friday the Western Cape High Court dismissed Mkhwebane’s interdict bid. A hearing on the validity of the parliamentary rule is pencilled in for late November, should the Public Protector still want to pursue that.

On Thursday, after a question from DA Chief Whip Natasha Mazzone, the National Assembly programming committee was told the parliamentary removal inquiry could continue.

“We do not need to wait for the court process to be concluded. So, we can proceed at this point in time, we are advised,” said Secretary to the National Assembly Masibulele Xaso.

What’s needed now is for the speaker to announce the independent panel, and its starting date.

The panel has 30 days to make its recommendation. If it finds there was no case against Mkhwebane, the removal inquiry ends there and then. If the panel recommends that Parliament must proceed, the House must establish an inquiry committee to take the process further.

It’s a process that will not be over any time soon. On Thursday Mkhwebane was a week short of four years into her non-renewable seven-year term.

The Public Protector’s presentation to Parliament’s justice committee asked for more money – R54.5-million for staff, security, wellness and an e-library – and assistance in dealings with the National Prosecuting Authority (NPA) and other organs of state.

In her opening remarks to MPs, Mkhwebane did not mention the NPA, but talked of organs of state and departments that did not implement remedial action, did not take reports on review, but just “ignored” the Public Protector.

“We request Parliament to assist us with organs of state which neither take our reports on review nor implement the remedial action,” said Mkhwebane with specific reference to North West and Tshwane.

The language the NPA uses in correspondence when responding to our requests for assistance does not accord with the spirit of collegiality expected of institutions of state which have the same goal. I hereby plead with Honourable Members to assist us in this regard.

The grumblings about the NPA emerged in the Public Protector’s written briefing document, which fingers the prosecutions services for refusal to hand over documents.

“It does not help to subpoena information about the subject of an investigation when another organ of state in the accountability value chain already has possession of it and could simply share with us.”

And then there are issues about the tone of NPA letters, according to the briefing document.

“The language the NPA uses in correspondence when responding to our requests for assistance does not accord with the spirit of collegiality expected of institutions of state which have the same goal. I hereby plead with Honourable Members to assist us in this regard.”

In July 2019, Mkhwebane, in her report on President Cyril Ramaphosa misleading Parliament over Bosasa funding of the CR17 campaign, told NPA boss Shamila Batohi to note the report, to “conduct further investigation into the prima facie evidence of money laundering as uncovered during my investigation” and report back to her as Public Protector. In response, Batohi wrote to Mkhwebane, pointing out the Public Protector seemed to have misunderstood the “independent mandates” of their respective offices.

In early March 2020, a full Bench of the Pretoria High Court set aside that report after Ramaphosa took it on review. The scathing judgment found Mkhwebane didn’t understand her powers – she could not direct the NPA, an independent institution – and imposed a personal cost order.

On Thursday, ANC MP Qubudile Dyantyi objected to Mkhwebane’s appeal for assistance regarding the NPA, a sentiment later shared by justice committee chairperson Bulelani Magwanishe. It is unlikely the justice committee will agree to intervene.

Regarding other organs of state ignoring the Public Protector, Dyantyi said details were needed – “name and shame”, he called on Mkhwebane.

But Mkhwebane promised to provide the justice committee with a list of inaction on remedial action, and also to submit a letter on her history and interactions with the NPA to support her appeal for MPs to act as mediator.

“I must cry. You are my parents,” Mkhwebane earlier told MPs. “We don’t have money. We don’t have security. State organs are not implementing remedial actions.” DM