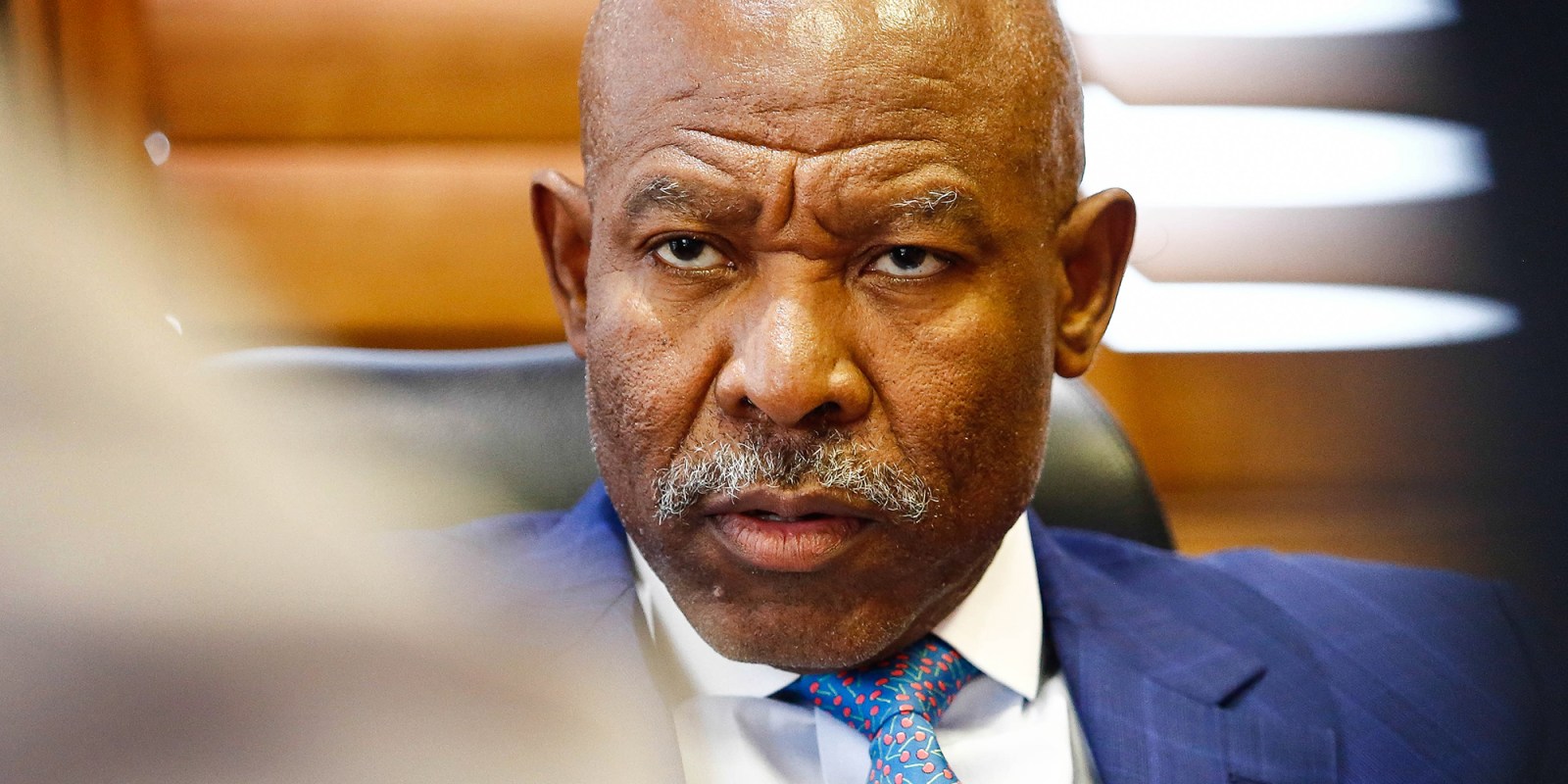 The South African Reserve Bank says interest rates are likely to rise gradually. The ‘strongest effects’ of the 275-basis point cut made so far in 2020 will likely be felt in the middle of 2021, according to its bi-annual Monetary Policy Review (MPR).

The SA Reserve Bank (SARB) key repo rate is currently 3.5%, which means the prime rate that affects consumers is 7% – South Africa’s lowest rate since 1966. And rates are likely to remain subdued for some time.

“With domestic interest rates at record lows and inflation apparently having bottomed out, it is likely that the repo rate will move somewhat higher in future. However, this normalisation of the repo is likely to be gradual, with rates staying at low levels for an extended period,” the MPR said.

The SARB made drastic cuts – 275-basis points in total – against the backdrop of the economic collapse sparked by the Covid-19 pandemic and the lockdowns to contain its spread. The MPR said the SARB’s Monetary Policy Committee (MPC) “opted to cut rates before the full force of the shock appeared in the data, so as to provide maximum support to the economy early on”.

The shock included the 51% economic contraction in the second quarter of 2020.

“While this stimulus had limited effects in the first stages of the lockdown, given the restrictions on most forms of economic activity, it has supported the subsequent recovery. In particular, low rates have increased household demand for credit, with mortgage applications and grants, for instance, now at 10-year highs,” it said. 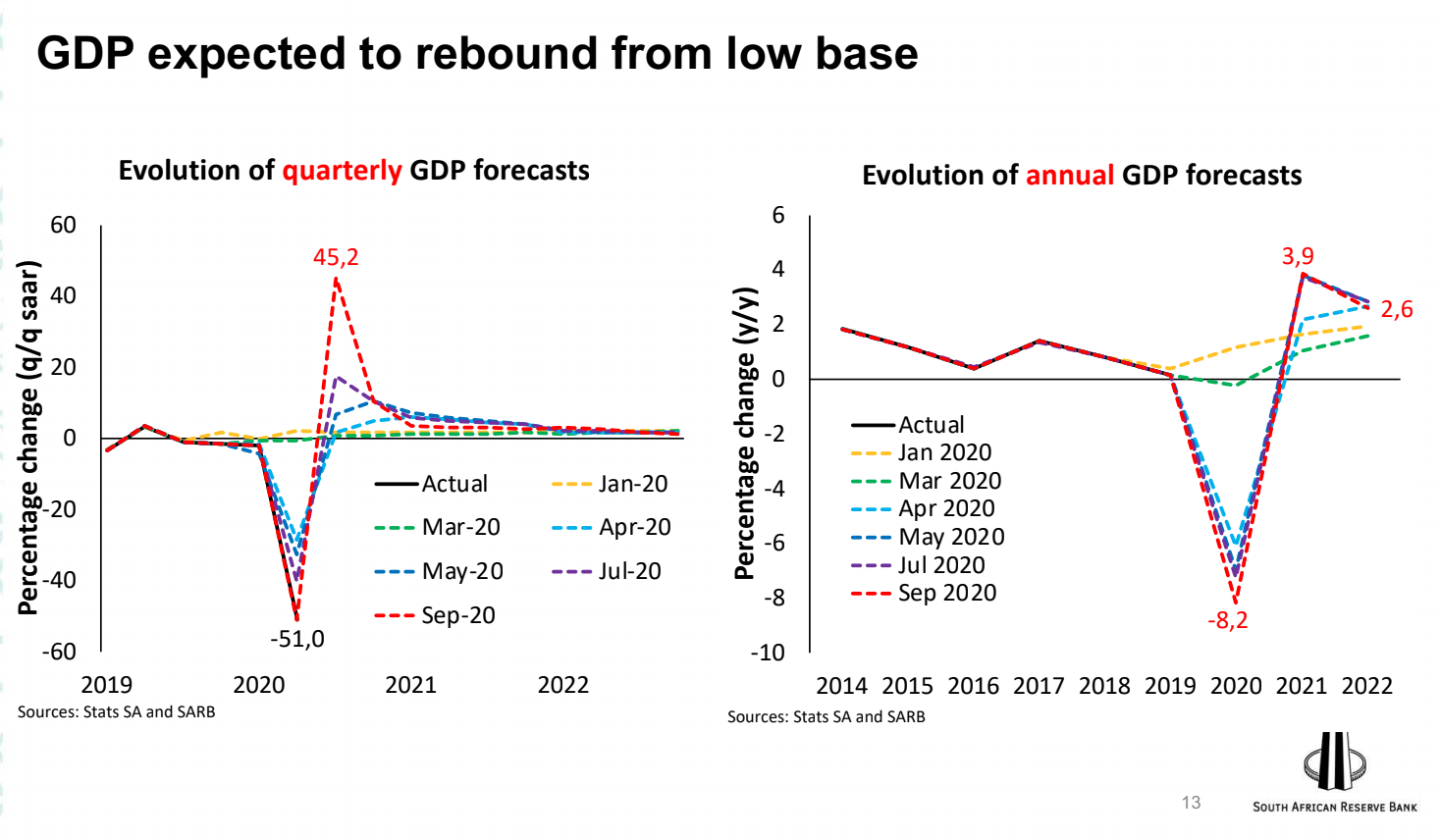 If you have noticed many “For Sale” or “Sold” signs on properties in your neighbourhood, this explains why. Those who can afford it are apparently hunting for homes, lured by interest rates that most in South Africa have never seen in their lifetime.

The impact of this round of monetary loosening is playing out in other ways as well.

“While private sector credit growth has slowed in recent months, from 7.7% in March to 3.9% in August, there is more to this series than the headline numbers,” the MPR noted. That is a valid point: while it may be slowing, demand for credit is still growing.

“Private sector credit consists of two broad categories: lending to businesses and lending to households. In the initial months of the lockdown, corporates raised borrowing, mostly to get through lockdown disruptions. This credit growth has slowed since, from 9.3% in March to 4.6% in August,” the MPR said.

“By contrast, households cut back on borrowing in March and April, mostly because of lockdown restrictions which made it difficult to purchase credit-sensitive items such as cars and houses. Credit growth has since rebounded, but the year-on-year changes continue to be affected by the lockdown pause. The month-on-month growth numbers, by contrast, show a V-shaped recovery,” the MPR noted.

So, households in South Africa with the means are starting to spend again, it would seem.

Still, the full impact of the rate cuts has yet to set in, given the arduous economic situation South Africa finds itself in, with over 2 million jobs lost in Q2.

By that time, the economy will not have fully recovered, so any stimulus is welcome. One of the more depressing parts of the MPR presentation was that the economy, which the SARB forecasts will contract by 8.2% this year, will be smaller at the end of 2022 than it was in 2019. Credit growth may be on the rise, but overall, South Africans will be poorer in years to come. And that can’t be sustainable. DM/BM