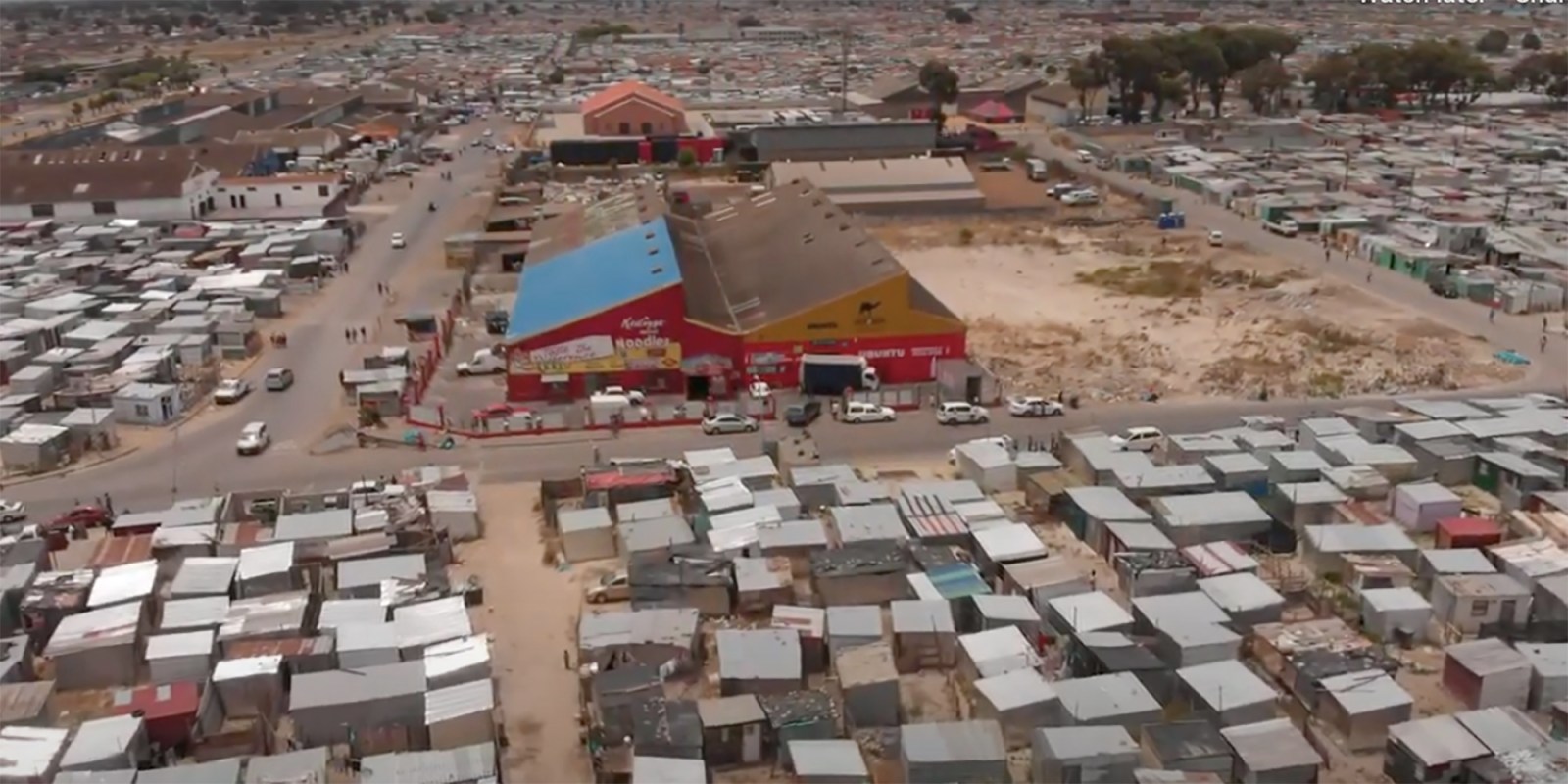 A screenshot from Good, a mini documentary which explores the roles spaza shops play under Covid-19 lockdown.

If passed, a draft bill by the Gauteng government will see foreign nationals without permanent residency status banned from opening and operating businesses in certain townships in the province. Scalabrini, an NGO focused on the wellbeing of migrants, has raised concerns over the bill, especially its potential negative impact on the lifeblood of many townships – spaza shops.

The Scalabrini Centre of Cape Town has raised concerns over a draft bill that seeks to bar foreign nationals without permanent residency status from opening businesses in certain Gauteng townships.

The Gauteng Township Economic Development Draft Bill was opened for public comment on 30 September and aims to scale up the province’s township economy by amending restrictive by-laws, providing support and funding to SMEs and encouraging government procurement from township-based businesses.

The draft bill has come under fire for proposing a ban on foreign nationals without permanent residency status from opening specified enterprises in “designated townships”, which are yet to be finalised.

“We are concerned by the exclusionary nature of this draft bill. Rather than harnessing the potential that migration brings, the bill risks stifling such economic growth, which would be to the detriment of all people living in those areas, South Africans and non-South Africans alike,” said Scalabrini’s advocacy communications officer, Charlotte Manicom.

However, according to Nondumiso Mabuza, the Gauteng Department of Economic Development spokesperson, the bill’s reservation of opportunities is more about “affirming South Africans in terms of access to support, and does not ban legitimate foreign participation”.

She said the bill would clear up regulatory regimes, “which South Africans accuse foreign nationals of violating, and which in turn spur xenophobia”.

One of Scalabrini’s concerns is the potential negative impact on foreign-owned spaza shops. According to a press release for a mini documentary called Goods produced by the NGO, spaza shops played a vital role in ensuring food security during the lockdown by providing basic goods to communities.

“It means that many remote or difficult-to-access areas were assured of access to food during the pandemic, and long distances did not need to be covered to access food and other goods,” the release read.

The department estimates that the national township economy is worth about R200-billion per year, but no sources were found to support this. However, the informal economy is notoriously difficult to measure. A 2016 study by the Sustainable Livelihoods Foundation found that the main township enterprises are spaza shops, ownership of which is dominated by foreign nationals.

Abdullahi Ali Hassan, the protagonist of Goods – who holds a master’s degree in urban studies from UCT, focusing on immigrant entrepreneurship – says foreign-owned spaza shops invest in the economy by relying on local supply chains.

“Spaza shops buy and sell local products,” said Hassan. He added that many of these micro enterprises employ South Africans and rent properties owned by locals for shop premises.

Fears are mounting that the bill will stoke xenophobic violence.

According to Alana Potter, director of research and advocacy at the Socio-Economic Rights Institute of South Africa (Seri), the bill “feeds into an incendiary rhetoric that foreigners prevent nationals from accessing economic opportunities. The opposite is in fact true.”

Seri, alongside other civil society organisations, is making a written submission tackling the lawfulness of and lack of evidence for the bill’s proposal.

The constitutionality of the bill has also been questioned. A News24 article published last week said if the bill is passed, foreign nationals flouting the legislation could face up to six months of jail time. The initial document has since been removed from the provincial government’s website. The current draft makes no mention of imprisonment.

Speaking to News24, University of the Western Cape law lecturer Yvette Basson said the bill may be considered “unfair discrimination on the basis of nationality” when considering section 9 of the Bill of Rights.

Potter said that even if the bill is passed, “it will face constitutional review”.

Mabuza said: “The proposed bill falls within the Constitutional Legislative Competency of the province specifically as it relates to monitoring performance of local government by virtue of the Constitution of SA (section 155), (6)(a).”

Section 155 (6A) of the Constitution empowers provincial governments to ensure effective performance by municipalities with regards to by-laws, municipal services and other functions.

Recent protests against foreign nationals sparked fears of another wave of xenophobic attacks.

“I can even say it is good, because if it’s not good, how did the immigrants manage to work in those communities for such a long time and why did the communities support them also?”

Hassan is from Somalia and has lived in South Africa for 16 years. He felt immigrant business owners had skills and knowledge which the government could tap into to help upscale the township economy.

Mabuza was asked whether foreign nationals without permanent residency would be forced to close their business. She said the bill “does not render or suggest that we do away with legitimate businesses established through the right channels”. This was regarding businesses with legitimate trading licences.

“The bill is about taking deliberate steps to allow townships to become fully fledged commercial zones – both by streamlining the rules on where and how you can run a business, and by providing different kinds of programmatic support to SMMEs operating in townships.

The deadline for written submissions is 30 October. DM