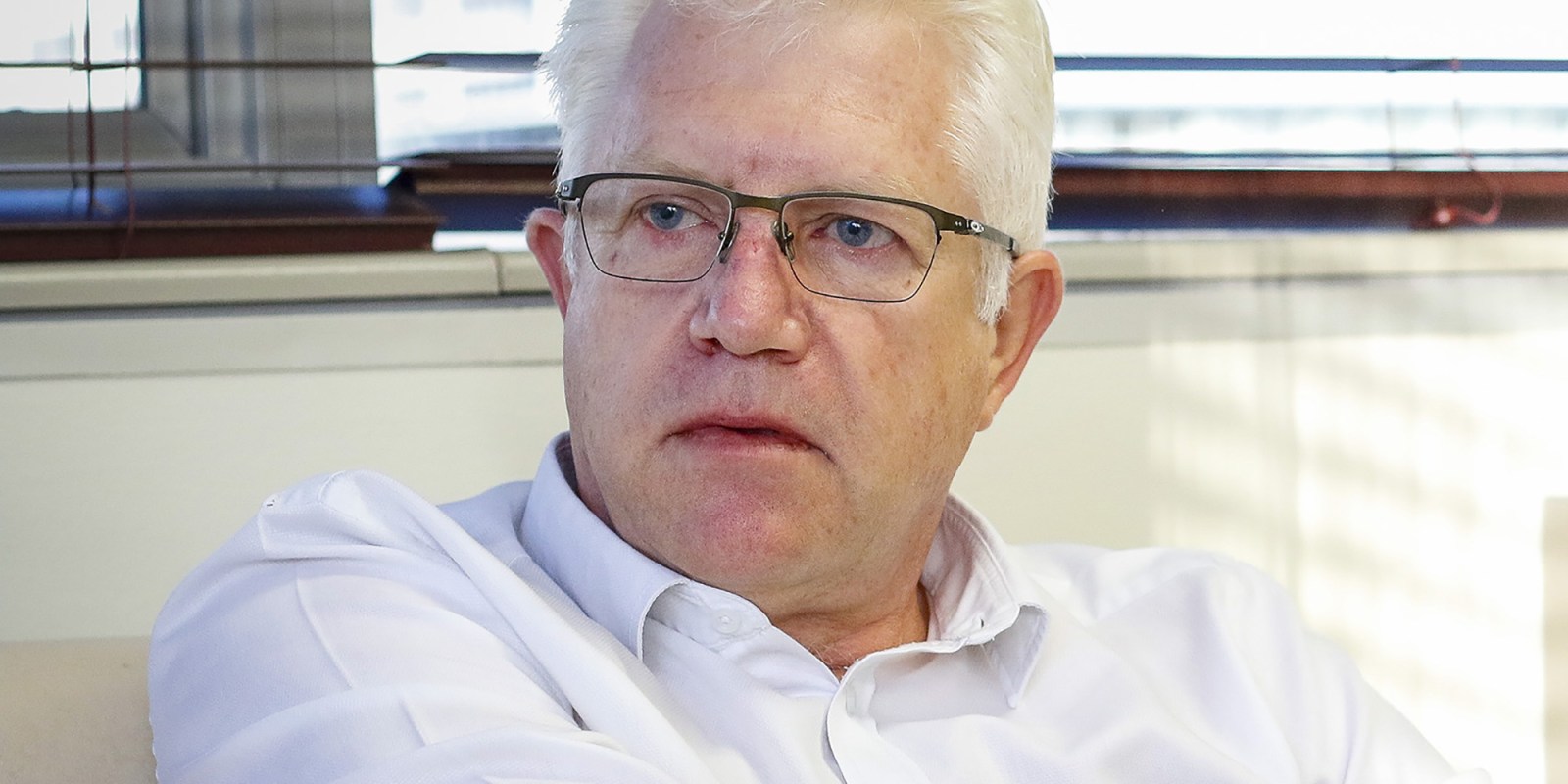 It’s been nearly seven months since the first cases of Covid-19 were reported in the Western Cape. Premier Alan Winde says now the focus should turn to dignity, getting back on track and, most importantly, ensuring industries and the economy reopen safely to prevent a possible second wave of infections.

“Listen, it’s not going to be easy… this thing’s not gone,” said Western Cape Premier Alan Winde. During an interview with Daily Maverick, Winde outlined what the province had gone through over the past seven months during the Covid-19 lockdown and what’s next.

“I think in the last six months my mind got blown almost every day by just amazing things that were happening in this province, both in government and outside of government. We had some amazing innovations that came out of Covid-19 [that] changed the way that I think we as government do business.”

Speaking on some of the early challenges, including food distribution, Winde said: “We were dealing with things and doing things that we’d never done before. Everybody was learning. You know, government’s job is not to feed its people… that’s not what government does – it doesn’t put a meal on everybody’s table every day, and suddenly we had to coordinate this.”

Now, the cases are dropping and the province is ready to open its doors again, ahead of the summer season, when traditionally it sees the most tourists flocking to its beaches, wine estates and other attractions.

When asked about his province’s biggest successes, the premier said: “So, first of all, being able to do things differently and innovate.”

The province built an 862-bed field “Hospital of Hope” at the Cape Town International Convention Centre, which helped the overflow of Covid-19 patients seeking medical treatment. This was one of four field hospitals set up in a few weeks to cope with the province’s peak of cases.

Another strength Winde pointed out was the home delivery of some patients’ medicines.

“We’ve delivered nearly 600,000 medicine parcels to people who normally go and stand in queues at our clinics at four o’clock in the morning, but because they are vulnerable, either because of incapability or the medicine that they need, or because they’re elderly now, suddenly they get medicine delivered to the house,” said Winde.

Winde pointed out two weaknesses. First, the economic downturn, which led to budgets being cut. Winde said there had been no support from the national government, while the province had spent R1-billion on its health response, “so we’ve had to cut that out of our own budgets… so that really is very tough”.

The other weakness was taking away law enforcement focus from one area of crime-fighting and shifting it to another. Winde said that some law enforcement officers who had been working in murder hotspots had been moved to help enforce the curfew or carry out roadblocks.

“But, you know, there are a lot of things in governance that we’ll put on hold because we couldn’t focus on them. It couldn’t happen at that time. And now we’ve got to get it back and utilise our systems.”

Rating his and his provincial government’s performance over the past seven months, Winde said he’d give himself 4.5 out of five.

“I’m tempted to say five… there’s always room for improvement, but I want to say four and a half. What blew me away was how the officials in this government stepped up seven days a week, 24 hours a day, coming up with world-class responses to an unknown virus coming at us. And it really was nice to see how we managed to pull it together.”

What does the province need to focus on next?

Brett Herron, a member of the Western Cape Provincial Legislature, told Daily Maverick, “We clearly have to rebuild our economy and regain the lost jobs; as we do so we must focus on building a more equitable economy – one that doesn’t relegate some of us to permanent exclusion or poverty.

“The government must chase growth in the sectors that will create the most jobs the quickest… there needs to be a focus on construction and infrastructure.”

The leader of the official opposition ANC, Cameron Dugmore, told Daily Maverick: “Focus must continue on prevention and social distancing, [together with] concrete and time-bound plans to deal with inequalities in our health and education systems, integrated human settlements and basic services, and massive public works programmes to boost employment, and close cooperation with national government to rebuild the economy.”

Mireille Wenger, DA chief whip and chairperson of the ad hoc oversight committee, said: “The focus over coming months will be to safely reopen the economy further while remaining extremely vigilant to prevent a second wave by practising social distancing, wearing our masks and washing our hands regularly.”

Similarly, Winde said the focus of the next 100 days, which include the budget adjustment period, will be jobs, safety and dignity.

“We are now focusing on the recovery, so the recovery plan is clawing back to the jobs we’ve lost. It is making sure that we remain safe, so we keep focused here at least,” said Winde.

While the province will continue to manage Covid-19, other linked factors such as dignity, safety and jobs will be key focuses, the premier said.

“They’re all interlinked because if someone’s lost their job, they’ve lost dignity. If they’ve lost a job, they can’t feed their family. How do we get those jobs back? When so many people lose their jobs, we see the increase in crime.”

With international travel resuming on 1 October, Winde said the provincial departments of treasury and tourism were ready for these visitors, as well as the expected influx of local tourists over December.

“We’re going to be down on our normal numbers, whether they’re South Africans travelling in the country or international arrivals. What’s happening in some of our key markets at the moment is you see an increase in cases. So you’re going to definitely see less people wanting to travel overall across the world.

“We’ve got to make sure that we remain responsible as citizens because we owe it to the people who’ve lost their jobs. We also owe it to ourselves because it doesn’t matter who we are, we can’t afford another lockdown.

“So, I think just being that little bit more vigilant is going to be what helps us with what pays off and helps us to avert that second wave.” DM