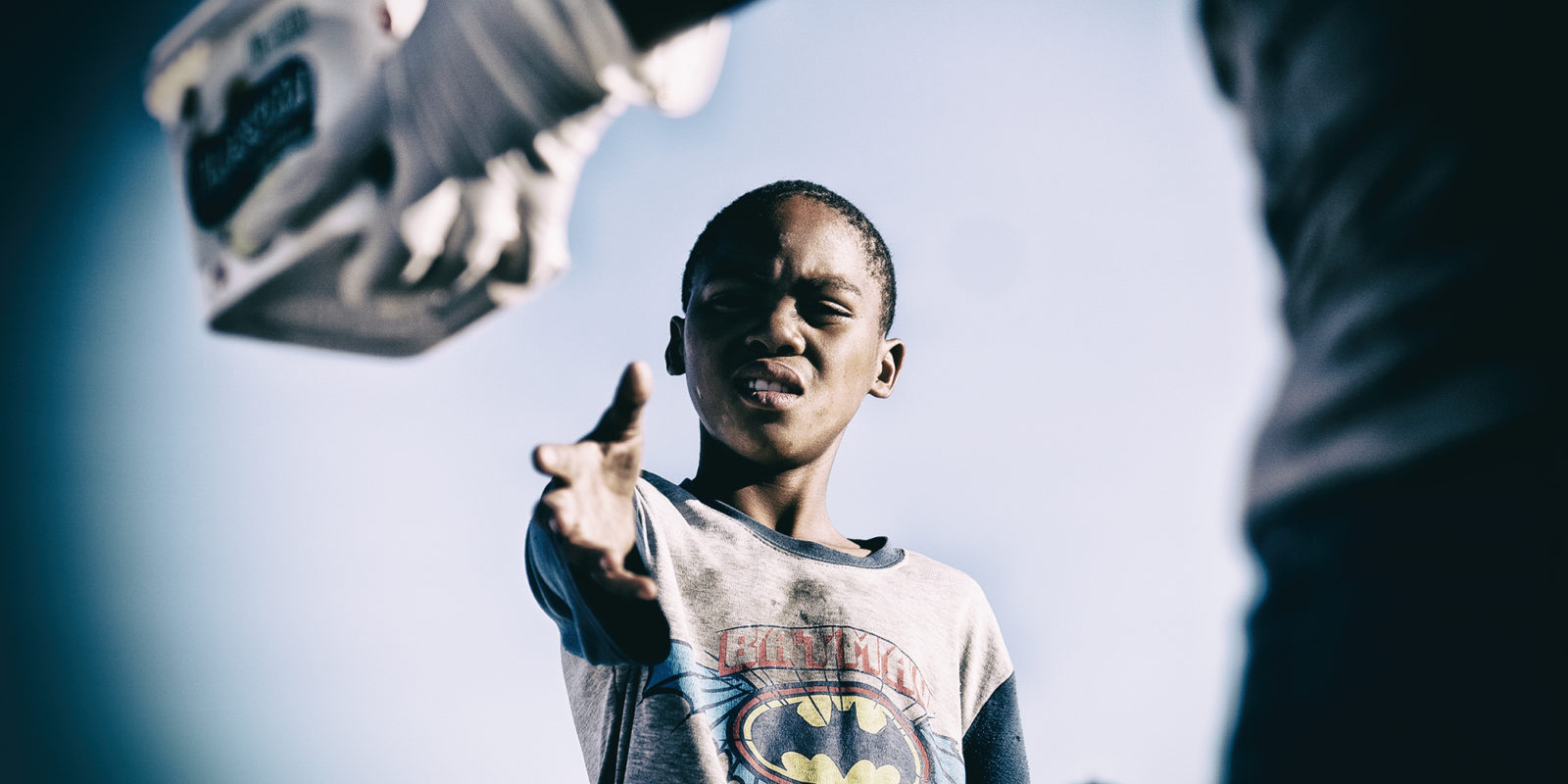 A boy receives a meal in the informal settlement of Masincedane in Cape Town. (Photo: EPA-EFE / Nic Bothma)

No councillors in the Western Cape will be allowed to be involved in food distribution, said the provincial Department of Local Government on Wednesday 13 May.

Food relief and food parcels are a bone of contention in the Covid-19 oversight committee in the Western Cape legislature.

On Wednesday, the provincial Department of Local Government confirmed the obvious: councillors are not allowed to be involved in the distribution of food parcels.

According to Graham Paulse, head of the department, municipal speakers were informed of this through a protocol which takes “councillors off food distribution”. Paulse, MEC Anton Bredell and officials from the department briefed the Western Cape legislature’s Covid-19 oversight committee members on Wednesday afternoon on issues related to disaster management and local government oversight.

Paulse said that R16.2-million had been gazetted by the department to use for additional relief programmes for “implemented initiatives and seeks to reach the citizens that traditionally will not meet the means test criteria utilised by Sassa [the SA Social Security Agency] and DSD [the Department of Social Development] in their food provision programmes”.

During a question and answer session, Paulse revealed that no councillor in the Western Cape is allowed to be involved in food distribution in any municipality. In previous committee meetings, there had been allegations of food parcels being distributed along party lines. Daily Maverick has published several articles specifically related to food distribution and the politics thereof in the Western Cape, which are available here and here.

But on Wednesday, Paulse said the department has “taken a protocol that councillors are out of food distribution”. This protocol was submitted to the provincial Cabinet and then distributed to speakers of municipalities, said Paulse. The HoD said copies of this protocol could be provided to committee members should they request it.

Following a question from Derrick America, a DA member of the committee, Paulse said there had been no formal complaints against any councillor in the Western Cape accused of distributing food across party political lines. This goes against what was previously said by various opposition party members of the committee, who had accused the DA of politicising food parcels.

But Bredell warned that food supply is becoming a financial burden to some municipalities”. Additionally, he warned that because residents in some cases could no longer afford to pay rates to municipalities, it could potentially lead to a situation which “will impact later on service delivery”. The MEC said he and his department will be keeping a close eye on municipalities in the province to assist in this regard. DM