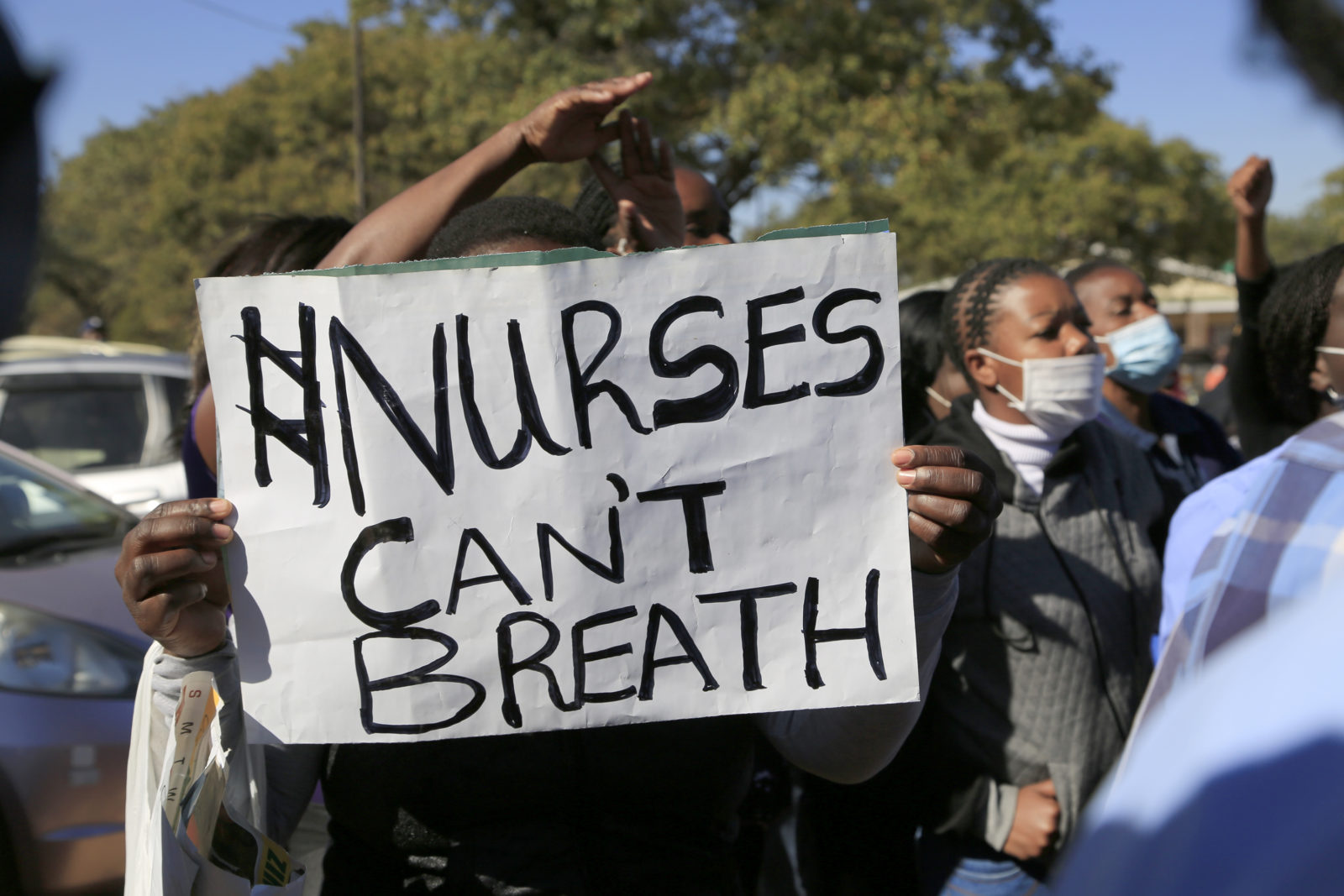 epa08530687 A nurse holdS a banner during a protest to demand for salary increase at the Harare Central Hospital in the capital Harare, Zimbabwe, 06 July 2020 . The government promise to increase nurses' salary is yet to be implemented. Zimbabwe's cost of living is getting high everyday with prices of basic commodities beyond the reach of many. EPA-EFE/AARON UFUMELI

HARARE, Sept 9 (Reuters) - Zimbabwe's biggest nurses union said on Wednesday it was encouraging its members to end a pay strike which started in June and which forced major hospitals to turn away patients at a time the country is fighting the coronavirus pandemic.

Inflation is running above 800%, reviving memories of the hardships of more than a decade ago when hyperinflation wiped out savings and pensions.

The Zimbabwe Nurses Association (ZINA), which has more than 16,000 members, called for the strike to force President Emmerson Mnanagwa’s government to pay U.S. dollar salaries, but authorities say they are unable to do so.

The strike by nurses and senior doctors has crippled public hospitals, with non-emergency patients turned away and some babies stillborn due to lack of adequate medical care.

ZINA president Enoch Dongo said nurses wanted to give Vice President Constantino Chiwenga, who was in August appointed health minister, a chance to resolve the dispute.

“When you have a crisis sometimes you need to give people a chance to resolve it. After sometime we will review this decision,” Dongo told Reuters.

“So we are telling our members to report for work but only if they have transport money and if there is PPE in hospitals.”

Chiwenga has said the government would soon table a pay offer for the health sector and stop paying medical bills for cabinet ministers and senior officials who seek treatment abroad to save on scarce foreign exchange.

Zimbabweans are growing impatient with Mnangagwa, who promised to revive the economy when he took over from Robert Mugabe after a coup in 2017. Mnangagwa says the economy is being sabotaged the opposition and some Western countries. (Reporting by MacDonald Dzirutwe Editing by Raissa Kasolowsky)