Covid-19 vaccine: Africa is at the back of the queue, says Shabir Madhi 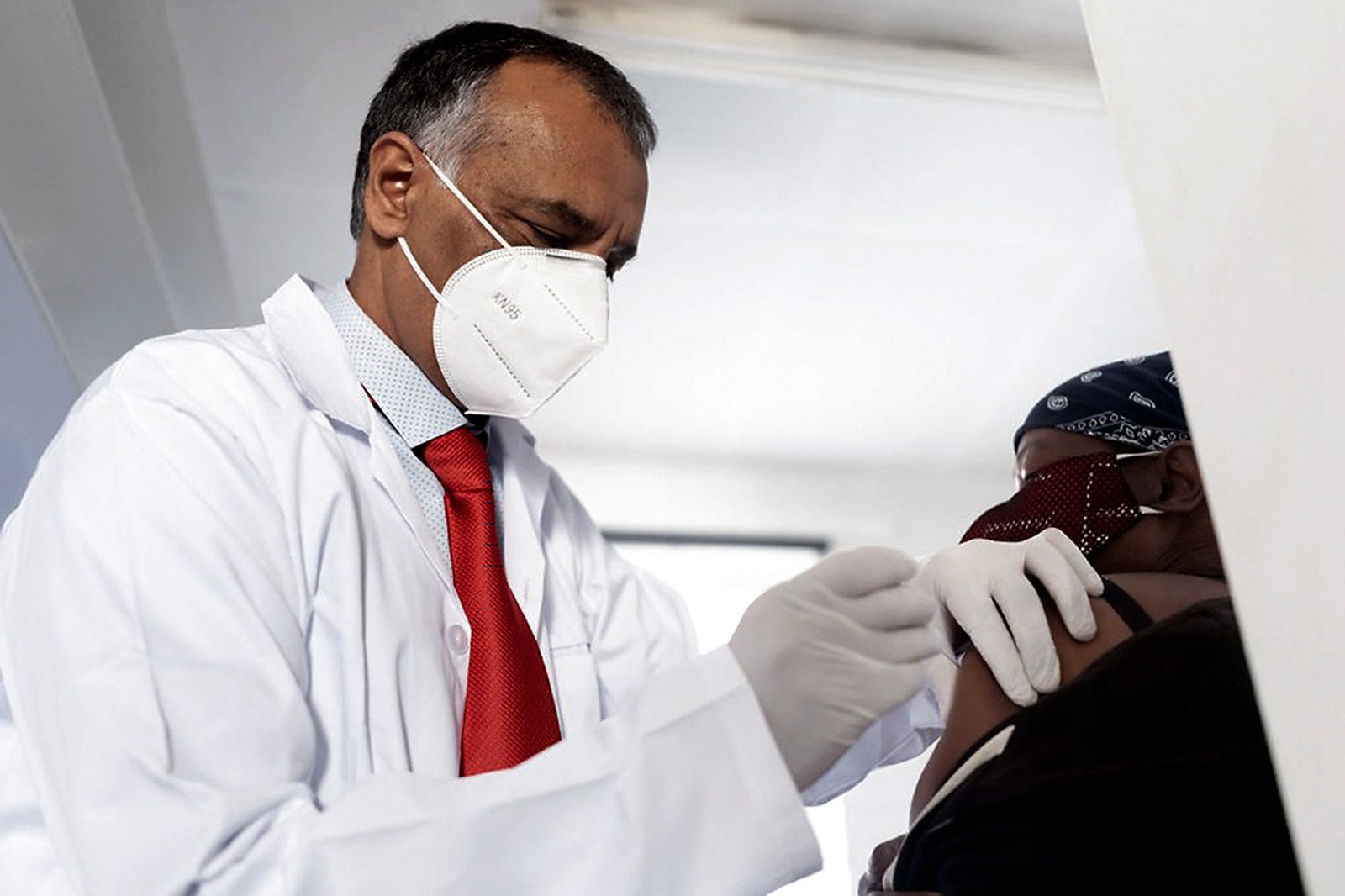 Scientists are on the road to making history with the quickest turnaround time for the development of a vaccine. As we inch closer to the finish line, the ongoing conversation on “equal access” has experts concerned about whether Africa will again be last in line for life-saving Covid-19 vaccines.

Vaccinologist, Professor Shabir Madhi says Africa is way down on the pecking order to receive the Covid-19 vaccine once it is developed.

Delivering a keynote address during a virtual dialogue around “public trust and the delivery of Covid-19 vaccines” on 4 September 2020, Madhi spoke about several barriers on the continent, including limited manufacturing capabilities, cost and supply-chain constraints and the dearth of clinical trials in Africa.

Facilitated by Professor Lawrence Stanberry from Columbia University, the address was followed by a discussion among panellists, Professor Helen Rees, executive director of the Wits Reproductive Health and HIV Institute; Scott Dowell from the Bill and Melinda Gates Foundation; Stavros Nicolaou from Aspen Pharmacare and Arnaud Bernaert, head of Global Health and Healthcare at the World Economic Forum.

Madhi, a Professor of Vaccinology at Wits university and the vaccines and infectious diseases director at the South African Medical Research Council, is leading the charge in South Africa’s first Covid-19 clinical vaccine trial. The Ox1Cov-19 Vaccine VIDA-trial began on 24 June 2020 and is a collaborative effort between Wits University and the University of Oxford.

“Despite the African population constituting 17% of the global population, less than 5% of all clinical trials are done on the African continent,” said Madhi.

Close to 30 vaccines are now in human trials, of which Madhi says only two are being conducted in Africa.

Rees later indicated that vaccines might work well in one setting, but have differing efficacy and safety profiles in other settings, so it’s vital to have clinical trials on diverse population groups.

Africa’s access to the vaccine has been an ongoing concern. As Africa CDC director John Nkengasong recently said, the vaccine discussion represents “one of the greatest geopolitical conversations that are currently going on”, and historically, the continent has been an afterthought in these dialogues.

A case in point was the 2009 swine flu outbreak. According to Madhi, vaccine development and manufacturing occurred rapidly in high-income countries where a small number bought the entire stockpile of vaccines and few donations were made to poorer countries.

“South Africa received vaccines months after the pandemic had peaked.”

It was discovered after the outbreak that Africa and South Asia had 51% of swine flu deaths although it had reported the fewest number of cases.

He fears history repeating itself, especially considering Africa’s low testing rate, which influences the data on the number of Covid-19 cases and weakens the argument for the urgent need for vaccine delivery on the continent.

“South Africa, despite having the highest testing rate for Covid-19 in sub-Saharan Africa (62 per 1,000 population), nevertheless lags behind the testing rate of many high-income countries (>150 per 1,000),” he wrote in a recent Daily Maverick Op-Ed.

Madhi also highlighted Africa’s limited manufacturing capacity, an issue he says will unlikely be solved in the next 6-12 months.

Speaking about the private sector’s role in the vaccine discussion, Nicolaou from Aspen pharmacare said some of the challenges to vaccine production are:

COVAX is the only global initiative working with governments and manufacturers to ensure Covid-19 vaccines are available to both higher-income and lower-income countries. COVAX is one of three pillars of the Access to Covid-19 Tools (ACT) Accelerator, which was launched in April 2020 by the World Health Organisation (WHO), the European Commission and France in response to the pandemic.

“Coordinated by Gavi, the Vaccine Alliance, the Coalition for Epidemic Preparedness Innovations (CEPI) and the WHO, COVAX will achieve this by acting as a platform that will support the research, development and manufacturing of a wide range of Covid-19 vaccine candidates, and negotiate their pricing. All participating countries, regardless of income levels, will have equal access to these vaccines once they are developed. The initial aim is to have 2 billion doses available by the end of 2021, which should be enough to protect high-risk and vulnerable people, as well as frontline healthcare workers,” reads an explainer article on the Gavi website.

Rees emphasised that it is important to have multiple vaccine options “with a pathogen of outbreak potential”.

Dowell from the Bill and Melinda Gates Foundation said the work to establish vaccine delivery networks across the continent has mostly not been done, although it will be highly complex.

‘There is a massive need for local planning in each country which is largely not underway,” said Dowell. DM

Daily Maverick is a media partner for the “Meeting the Challenge of Covid-19 in Africa” conference held virtually from 1-4 September and co-hosted by the Universities of Columbia and the Witwatersrand.