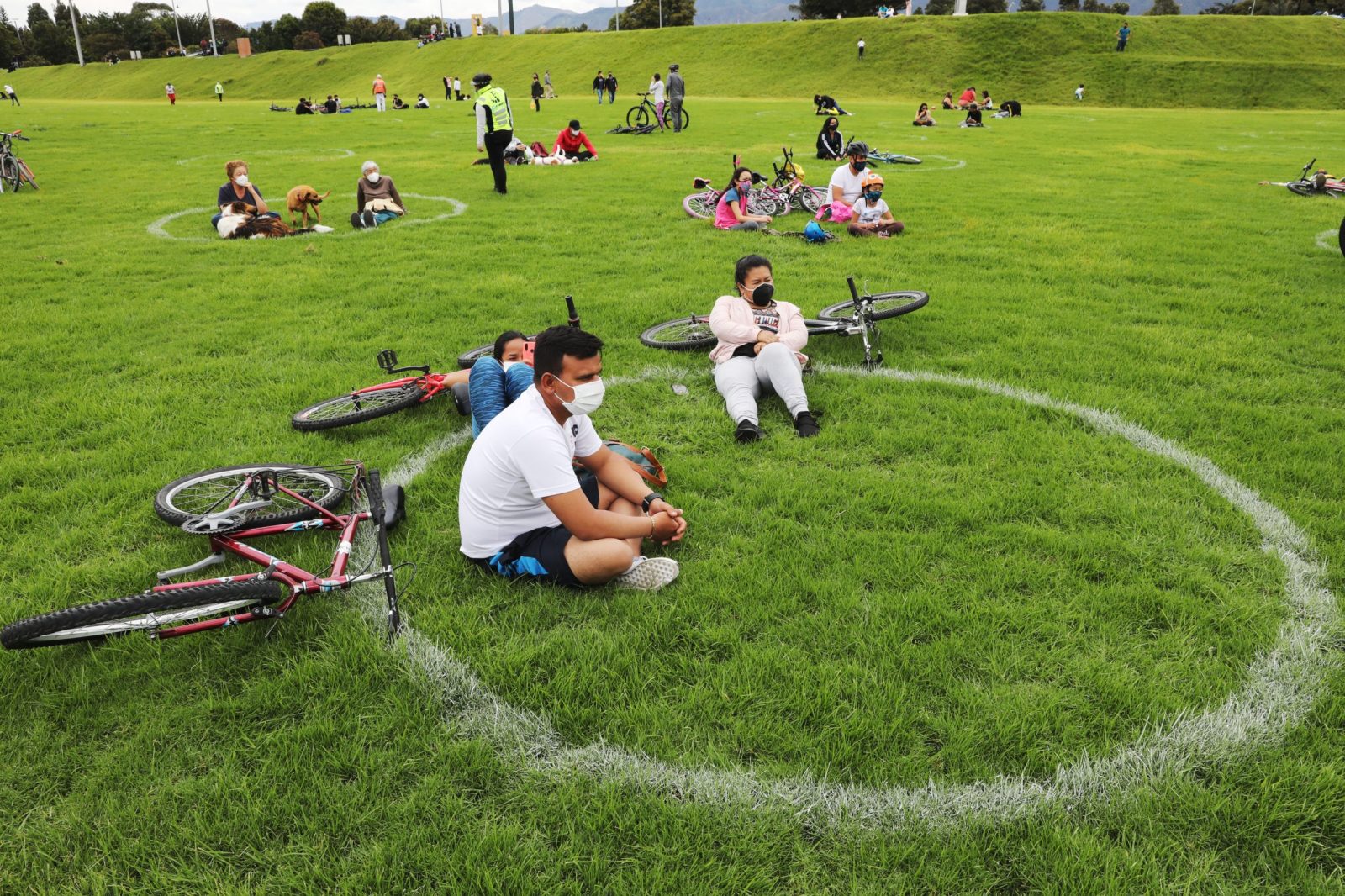 epa08636286 People enjoy a concert of the Philharmonic Orchestra of Bogota at the Simon Bolivar Park, during the reopening of parks after five months of lock down due to the COVID-19 pandemic, in Bogota, Colombia, 30 August 2020. EPA-EFE/Carlos Ortega

BOGOTA, Sept 1 (Reuters) - Yolanda Bejarano flits between joy that Colombia's more than five months of quarantine are over and fear of coronavirus.

Her fear is well-founded. Her brother died from COVID-19 a month ago, after being infected while working as a bus driver in capital Bogota.

“On the one hand I’m happy because we can start reopening the economy but on the other, I’m sad because many people aren’t being careful, they think the pandemic is a joke,” Bejarano said. “Since God took my brother from us, I’m very afraid.”

Colombia’s long quarantine – begun in late March – ended on Tuesday. The Andean country has confirmed more than 615,000 coronavirus infections and close to 20,000 deaths.

Most of the economy – including road transport between cities and 15 airports operating at 20% of normal capacity – has now reopened, albeit with restrictions.

“We’re starting this new phase with one message, that we must keep our guard up, we can’t go out willy-nilly … we have to understand that to reopen the country our responsibility is paramount,” President Ivan Duque said in a televised broadcast on Monday night.

The long-running lockdown led Latin America’s fourth-largest economy to contract 15.7% in the second quarter, while unemployment has shot to a record of almost 25%.

“These past months with shops closed were very tricky, very difficult, with companies in crisis,” said Rafael Aaron, a representative for a textiles factory, after disembarking a flight from second city Medellin.

“Hopefully we can get on with our work,” he said.

Aaron’s optimism was not echoed by all business owners.

Nicolas Nader and his business partners were forced to dissolve their company Barra 3 after closing three of the six bars and restaurants they operated.

“What’s going to happen now? I don’t know, such uncertainty is unknown to us,” said Nader, whose company is now called Food Hub, referring to what he said were contradictory messages from national and local governments.

While restaurants are able to open, they can only operate at 25% capacity.

Local authorities can restrict movement during September’s “selective” quarantine, while sectors including retail, manufacturing, restaurants and other businesses can only operate on certain days, threatening delays to economic recovery.

“When retail is closed or restricted, the entire chain of production slows down,” said Juan Esteban Orrego, the National Retailers Association’s director for Bogota. “It’s still not profitable.”

According to Fenalco close to 58,000 retailers, some 31% of those operating in the capital, have closed.

Some 41,000 of Colombia’s 90,000 restaurants will not reopen according to the Acodres restaurant association.

“Many businesses, which managed to hold on until now, won’t last during this month or the next two months of trial and error,” said Nader.