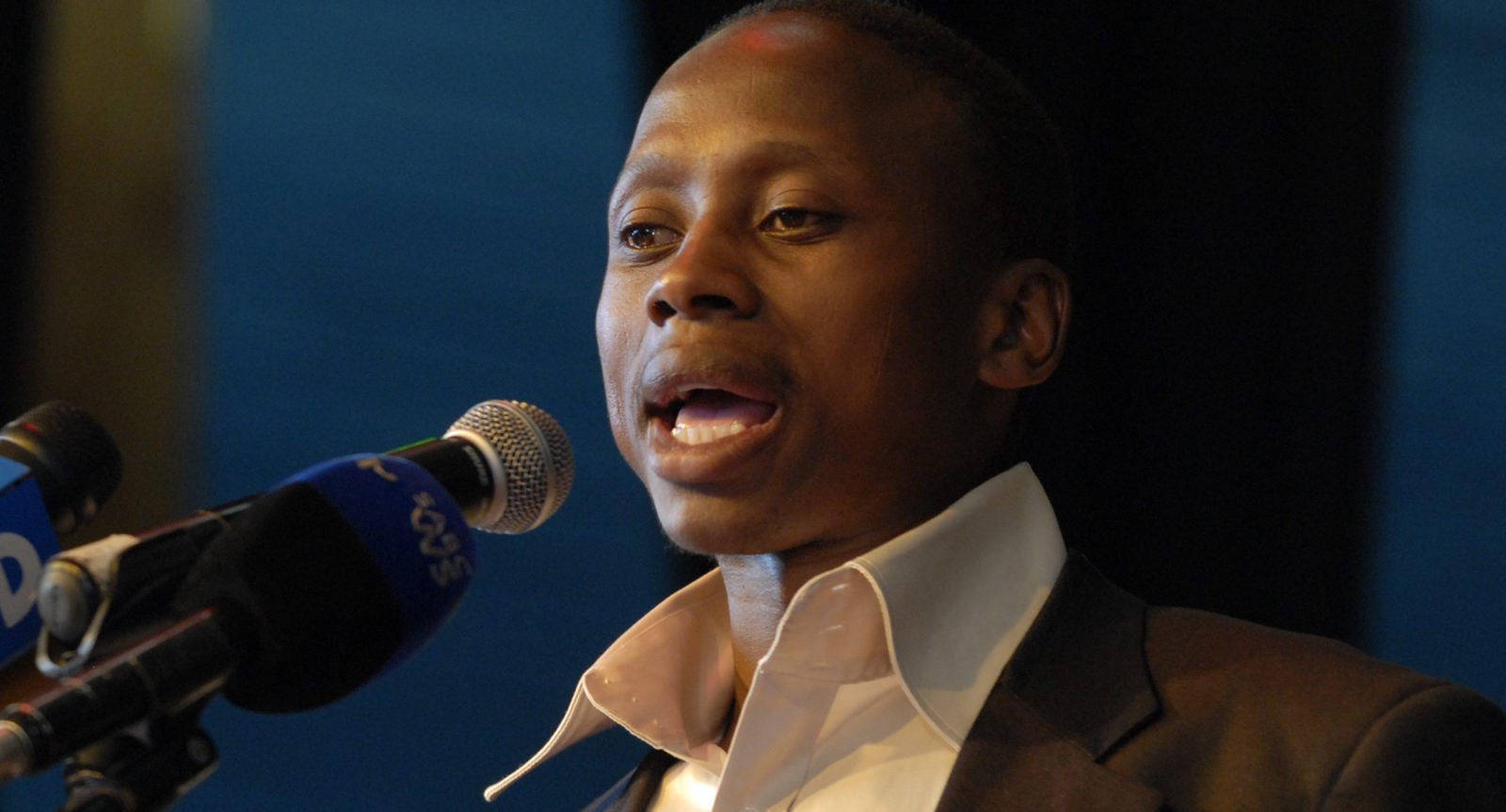 The ANC will this weekend gather at a special National Executive Committee meeting to consider the epidemic of corruption in its ranks, and to consider the business of its national general council gathering, which had to be postponed because of the Covid-19 lockdown. It’s likely to be a heated one.

Months before 2020 was derailed by a State of National Disaster, the ANC had planned for its national general council (NGC) – the most powerful gathering in between its five-yearly conferences – to take place around June to August. This would also have been an opportunity for the two factions in the ANC – who haven’t quite established the easy unity Cyril Ramaphosa might have hoped for after his election – to lobby enough representatives from branches among the 4,000 to 5,000 delegates to arm-wrestle on policy matters.

Ramaphosa was elected president at the party’s conference in Nasrec in 2017 by a slim margin and almost half of the party’s leadership are aligned with party Secretary-General Ace Magashule. They have been at odds since, also on a number of policy resolutions about matters like land redistribution and the status of the Reserve Bank.

Magashule’s supporters had long hoped to deliver some blows to Ramaphosa at this NGC by accusing him of not sticking to these resolutions. Instead of the NGC, however, the party’s 86-strong National Executive Committee (NEC) will be holding a special meeting this weekend. Party spokesperson Pule Mabe said discussion documents – which deal with policy issues – will be reviewed by the NEC in the absence of an NGC.

“What we can do is to make a reflection on what would have been the NGC discussion documents so that when the NGC sits, we can present a structure,” he said. The NEC will also consider the rules around the selection of candidates for next year’s local government elections.

Corruption is expected to be in the spotlight, though, as an NEC meeting a month ago tasked Magashule with compiling a list, with the help of provincial chairpersons and secretaries, of those within the party facing court cases in this regard. These party members may be asked to step aside from public leadership positions in line with the party’s 2017 conference resolutions.

Ramaphosa has of late been under pressure to act as strongly against corruption as he promised he would when running for party president at a time when many ordinary people had grown tired of hearing about State Capture and fraud under former president Jacob Zuma.

On Wednesday a list with all the companies that got tenders for Covid-19-related medical supplies was published, and the Special Investigating Unit has been tasked with investigating any related corruption.

Recently, Ramaphosa’s spokesperson, Khusela Diko, had to step aside after her husband was linked to a dodgy medical supplies tender in Gauteng. The governing party’s efforts to fight corruption are, however, periodically undone when it reappoints a public representative facing corruption charges in court, or when fresh instances of corruption are brought to light.

Magashule is expected to submit his report to the NEC, which will be meeting on a virtual platform in line with Covid-19 regulations still in place. At the party’s national working committee meeting on Monday, he said he was still waiting for all the provinces to send this information through, after he requested provincial secretaries and chairpersons to do so the week before.

There might be a call for Ramaphosa himself to stand down, should a letter written by Nelson Mandela Bay councillor Andile Lungisa be considered by the NEC.

Lungisa, who faces a jail sentence for the assault of a fellow councillor, has recently stepped down from his position as mayoral committee member for infrastructure and engineering at the insistence of the ANC. This happened roughly at the same time that corruption-accused former eThekwini mayor Zandile Gumede – who is out on R50,000 bail – was sworn in as a member of the legislature with the party’s apparent blessing (she is apparently popular in the metro and the provincial powers-that-be need her on-side). Lungisa might be hoping for the same outcome.

In his letter, which is addressed to the ANC’s top six officials, Lungisa takes issue with the fact that Ramaphosa raised money for his campaign to become president.

“In the history of the ANC this has never happened. It is foreign culture in the movement where money is raised by business people in support of a candidate to emerge using their financial influence which was proven to influence the Conference outcome,” he writes.

Lungisa further states that this was in contravention of rule 25 of the ANC’s constitution. The rule itself, strangely, deals with the party’s disciplinary processes and suspension of members and says nothing about campaigning ahead of the party’s electoral conferences. The party has traditionally frowned upon open campaigning for leadership positions in the party.

Lungisa further says in his letter that Ramaphosa’s actions amounted to buying delegates’ votes “in political terms” at the Nasrec conference.

“This has never happened in the history of the ANC of having bourgeoisie raising money for individuals to contest positions in the movement,” he writes. “It presents an existential threat to the project of the National Democratic Revolution.”

Lungisa also uses words like “a Trojan horse of the white neo settler usurper owning class” to describe Ramaphosa, and says his actions are a threat to “those among us who are committed to the dismantling of the neo-colonial racist power structures that permeate our society”.

Mabe confirmed that the party had received the letter, but said Lungisa should have raised this issue in his branch first, according to the party rules.

“The challenge is if issues are ventilated out [of the branches] it could be perceived to be raised from a factional line and immediately compromises that which has been expressed,” Mabe said.

The letter appears to be part of an attempt by Ramaphosa’s detractors to get his anti-corruption crusade to backfire. On Saturday, Black First Land First leader Andile Mnxgitama submitted a lengthy affidavit to the Hillbrow Police Station in which he alleged that Ramaphosa is guilty of corruption for fundraising for his presidential campaign, as those funders could subsequently “capture” the president as he might have remained indebted to them. Notably, nobody in the ANC has so far stood up to defend Ramaphosa in the same way that Zuma’s acolytes rose for him when he was accused of wrongdoing.

A statement after the party’s NEC at the beginning of the month, issued by Magashule on behalf of the NEC, and a letter penned by Magashule to provincial chairpersons and secretaries, interpret the resolution by the Nasrec conference on corruption and who must step aside from their positions to include “those accused of corruption and other serious crimes against the people, including those charged in courts”. Following Mngxitama’s complaint, this could also include Ramaphosa.

In the seven-page letter penned by Ramaphosa to ANC members on Sunday about corruption, he omits the phrase, referring more widely to those charged in courts as among the ANC leaders who should step aside. In the letter, Ramaphosa said the fight against those ANC leaders and public servants who flouted the law in issuing tenders for personal protective equipment and medical supplies during the Covid-19 lockdown should be “a turning point in our fight against corruption”. He calls for action against those who are found to be corrupt, and also for ANC members to take responsibility and act ethically.

“Today, the ANC and its leaders stand accused of corruption. The ANC may not stand alone in the dock, but it does stand as Accused No. 1,” he wrote.

Although it is expected that the KwaZulu-Natal provincial executive committee will this weekend be called to explain Gumede’s recent deployment, the party hasn’t been very even-handed in dealing with those implicated in corruption to date – starting with its top six officials. Magashule is tasked to deal with the ANC’s process of convincing those charged with corruption to step aside, but he himself has been implicated in corruption for authorising the Estina/Vrede dairy project while still Free State premier, and the investigation appeared to be inching closer to him earlier this week with the arrest of five provincial government officials on charges of corruption, fraud and money laundering.

ANC chairperson and Mineral Resources Minister Gwede Mantashe allegedly had a R300,000 security system installed in his Cala home by disgraced security company Bosasa, a company which had a number of state contracts and which had several politicians in its pocket. Mantashe has denied having had any dealings with the company. Deputy President David Mabuza, in turn, was red-flagged by the ANC’s integrity commission together with 22 other ANC members last year. This was related to allegations of corruption and wrong-doing dating from his time as Mpumalanga premier. Contrary to what he claimed last year ahead of stepping up to his current position, the commission last month in a report said it had never cleared him. DM