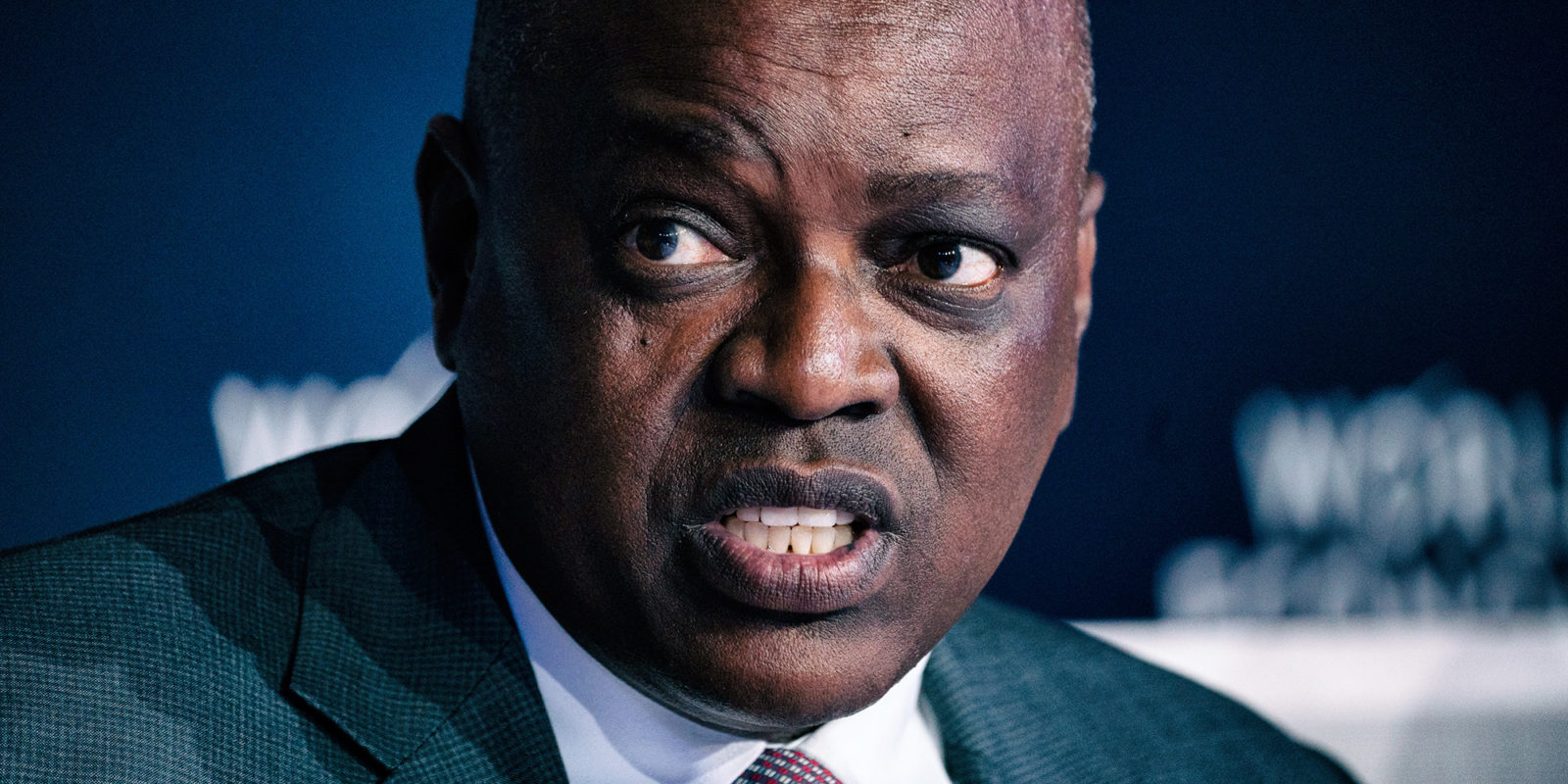 While in Covid-19 self-isolation for the fifth time this week, Botswana president Mokgweetsi Masisi has made some surprise government appointments that could strengthen his hand – and even touch on relations with South Africa.

President Mokgweetsi Masisi reshuffled his cabinet on Wednesday even as the country is still in a state of emergency due to the Covid-19 pandemic, and even as he himself is in isolation for a fifth time after having been in close contact with someone who tested positive for the virus. Most surprising about the reshuffle was the replacement of his international affairs and co-operation minister, Unity Dow, by former health and wellness minister Lemogang Kwape.

Dow was in the position for less than a year and was said to have been doing well. It was not clear whether she was fired or left of her own accord. The first press release from the president’s office on Wednesday announced that Dow “is relieved” from the ministry “with immediate effect”, but around midnight another statement was released, saying that she “relinquished her post amicably, and was not relieved of her duties as earlier communicated in a press release”.

The statement continued by saying that Dow “has elected to continue to serve the nation and country in a different capacity” and there are speculations that she might do so in a legal environment.

Dow, who has a background as a judge and human rights activist and who has been especially outspoken about the scourge of gender-based violence in the diamond-rich country, was one of four women nominated by Masisi to serve in parliament – the 54 MPs elected by their constituencies are all men. There is a special dispensation allowing the president to rope expertise into the legislature.

It is not clear why Dow resigned or where she might be headed, but opposition Umbrella for Democratic Change MP Dithapelo Keorapetse said she was believed to have been uneasy about claims in the court case against former intelligence agent Welheminah Maswabi (codenamed Butterfly) that former president Ian Khama and South African businesswoman Bridgette Motsepe had laundered BWP 107-billion through the Bank of Botswana (the country’s central bank) and the South African Reserve Bank.

“Those in the know and who are closer to cabinet, suggest that Dow advised against the pursuit of this futile matter. They say she advised against conflict with our powerful neighbour, and that she felt she couldn’t defend this.”

Vice-president of the opposition Botswana National Front, Prince Dibeela, concurred. Speaking in his personal capacity, he said the diplomatic row that started between Botswana and South Africa as a result of this court case “is an issue of concern for us”. He said Botswana considered South Africa a neighbour and a friend, and the BNF struggled alongside the ANC during the liberation struggle.

“When there is an issue like this, one would expect there would be political and diplomatic engagement, rather than the approach we see of a government that is very belligerent,” he said.

Dibeela was referring to the Botswana government’s appointment of Afriforum’s Gerrie Nel to take on the South African government over its apparent slow reaction to respond to a request for mutual legal assistance in the investigation of the money laundering case.

“It’s really embarrassing to us because Afriforum is a white-centric entity, it is a right-wing group of people, and so it’s really embarrassing to us as a nation that we would leave our friend (South Africa) and go to an entity such as Afriforum to fight over this issue, over so-called money laundering,” he said. (The South African government, incidentally, this week said it would oppose Afriforum’s application.

On Thursday 27 August the department of justice said the Botswana government sent a new request for mutual legal assistance that would be dealt with through official channels and without non-government help.)

Dibeela also said it made no sense to move Kwape, the health minister, out of his position now as he had been doing a good – yet imperfect – job of navigating the Covid-19 pandemic.

“Under the circumstances, he has been the best-performing minister,” he said, adding that his replacement, Edwin Gorataone Dikoloti, had not performed so well as minister of agricultural development and food security until now. Dikoloti is, however, said to be fiercely loyal to Masisi, and this is important for strengthening Masisi’s hand in his governing Botswana Democratic Party, which is divided.

“It raises lots of questions whether Covid-19 is still a priority as a disease, or what’s at play here,” Dibeela said, adding that there are fears that this loyalty could translate into the corrupt granting of tenders to people who are close to Masisi.

He said the divisions also played out in the benches of parliament, and Molebatsi Shimane Molebatsi, who was this week appointed assistant (or deputy) minister of investment, trade and industry, was leading a backbench revolt against Masisi and his cabinet.

“About two weeks ago they met with him to raise all manner of issues, so it is clear that he is trying to silence the group of backbenchers by giving their leader a cabinet position,” Dibeela said.

Masisi’s appointment of Tymon Katlholo as director-general of the Directorate on Corruption and Economic Crimes (DCEC) was considered in a favourable light as Katlholo is experienced and was one of the founders of the agency. Brigadier Joseph Moenyana Mathambo, who occupied that position for only 16 months, was shunted sideways to the Botswana Defence Force.

Keorapetse said Katlholo is an “experienced investigator and a staunch believer in good governance principles”, and in retirement for the past decade ran a consultancy on anti-corruption and forensic investigations. He might have trouble achieving results “as long as the DCEC is not independent, not adequately resourced and the Corruption and Economic Crime Act is not reviewed”, Keorapetse said. The institution has had a low conviction rate and has suffered serious credibility issues, and there has been political interference, he said.

In 2011 the Sunday Standard reported a claim by Wikileaks that Khama interfered with DCEC investigations into his twin brothers while Katlholo was at the helm – something which apparently did not go down well with Katlholo.

“So since Masisi is hellbent on fighting Khama and has appointed many people who wouldn’t mind reverting against Khama, it is not far-fetched to think that Katlholo may be expected to please the appointing authority by either pursuing Khama or the Khamas or digging old skeletons if there are any,” he said.

The DCEC has been central in the money-laundering investigations in the Butterfly case, and the allegations against Khama and Motsepe are in an affidavit made by an investigator from the agency. Khama and Motsepe last week held a press conference in which they made public a report by British barrister Cherie Blair’s Omnia Strategies and business intelligence firm Alaco, which rubbished the money-laundering claims.

Dibeela said the reshuffles this week – only 10 months after Botswana’s general elections – showed that Masisi was “under siege”, as he had already made a number of changes in the public service.

“Every other month there is a circular announcing changes, so you cannot have stability if your public service leadership is always on the move,” he said.

“You don’t know what the strategy is. It seems to be more about somebody who is not confident in his own skin and therefore he is always moving people around.” DM