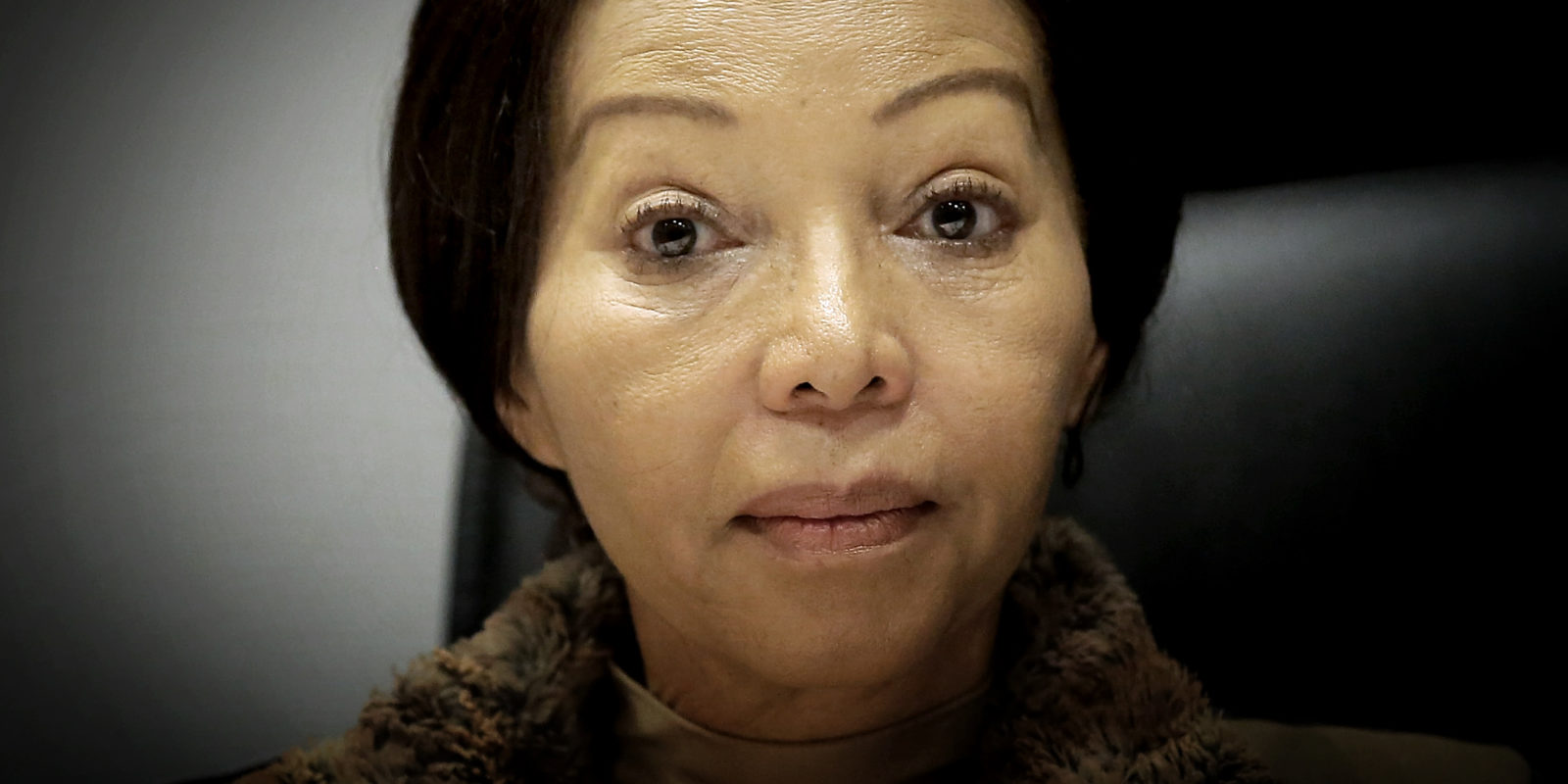 AfriForum’s private prosecutor has been appointed to pursue an alleged case of money laundering against South Africa’s Bridgette Motsepe-Radebe.

AfriForum’s private prosecutor Gerrie Nel has been hired by the Botswana government to help it pursue a case of alleged money laundering against President Ramaphosa’s sister-in-law Bridgette Motsepe-Radebe whom it accuses of helping finance a “coup” attempt against Botswana President Mokgweetsi Masisi in 2019.

AfriForum said on Tuesday that it had been brought into the case because a formal request for Mutual Legal Assistance in the case from the Botswana government to the South African government in September 2019 had “inexplicably disappeared or [been] ignored”.

Motsepe-Radebe had been “identified as a co-signatory of at least two bank accounts (one of which was an Absa and the other a Nedbank account) holding some of the more than $10-billion (R150-billion) allegedly stolen from the Botswana government to finance a “coup” before the national election in this country,” AfriForum said.

It added that Motsepe-Radebe had allegedly laundered millions of Botswana Pula through the Botswana company Avante Security Services to sponsor opposition to Masisi in the 2019 elections.

Motsepe-Radebe is a personal friend of Botswana’s previous President Ian Khama who fell out with Masisi after Masisi succeeded him in 2018. Khama then threw his support behind the opposition in the 2019 elections and Masisi’s government accused Motsepe-Radebe of secretly funnelling money to Khama’s bid to oust Masisi.

Both she and Khama have strongly denied the allegations.

Sources close to Khama on Tuesday rejected the money laundering accusations against Motsepe-Radebe and said the Bank of Botswana and other banks had issued statements denying that the large amounts of money allegedly laundered by her had  passed through their accounts.

They said Masisi’s government was pursuing the case to deflect attention from Khama’s threatened bid to sue the government for defamation against him because of their accusations about his alleged coup attempt.

Nel, heads AfriForum’s Private Prosecution Unit which specialises in taking up cases which it feels the South African government is deliberately ignoring for political reasons.

AfriForum said Nel and Phyllis Vorster, another advocate in AfriForum’s Private Prosecution Unit, had been officially appointed by Adv. Stephen Tiroyakgosi, Botswana’s Director of Public Prosecution (DPP), to represent the Republic of Botswana.

“The mandate in this case is to facilitate the Botswana government’s request for mutual legal assistance in the Bank of Botswana fraud and money laundering matter. The DPP in Botswana has already submitted a request for mutual legal assistance on 25 September 2019 to the Department of International Relations and Cooperation (DIRCO), but this request has since conveniently vanished.

“It is a privilege for AfriForum to officially work together with the Botswana government. It is necessary for us as fellow Africans who want to help ensure that our continent is successful, to do everything in our power to eradicate fraud and money-laundering,” said AfriForum CEO Kallie Kriel.

“Our continent and subcontinent have immense potential that is being handicapped by corrupt elite. AfriForum is committed to strengthening the Botswana government’s hand in this necessary fight against corruption.”

In its letter to Dirco, AfriForum said that because of the sensitive nature of Botswana’s request for Mutual Legal Assistance (MLA) in September 2019, it had been “personally handed to your Mrs Makweba of DIRCO by Adv Priscilla Kedibone Israel the Head of the International Cooperation Unit at the Directorate of Public Prosecution Botswana” on 19 September 2019. “Nine months later the DPP remains uninformed of any feed-back or communication about this request.”

AfriForum said Botswana’s DPP had later asked the National Director of Prosecutions in South Africa (NDPP) if the request had been referred to them for execution.

The NDPP replied that it had asked the Department of Justice and Constitutional Development (DoJ) which said it had not received Botswana’s application from DIRCO.

“The irresistible inference is that the South African Government is disinclined or even unwilling to assist our client with the request,” AfriForum said.

It suggested that Pretoria’s unwillingness to offer assistance to Botswana was prejudicing the Botswana government’s investigation “into very serious allegations” which were currently on the court roll at the Broadhurst Magistrate Court of Gaborone.

It referred to the case against Willhelmina Mphoeng Maswabi, which AfriForum said had been postponed to 17 August 2020. She was a technical manager for Khama’s Director of Intelligence Services (DIS) Isaac Kgosi but has been accused by the Masisi government on a range of charges including money laundering, financing terrorism and making a false declaration to get a passport.

The source close to Khama said Masisi’s government was going after Maswabi as proxy for Khama himself and Kgosi, neither of whom had been charged.

AfriForum said Botswana had now prepared a duplicate MLA but that the Botswana High Commission in Pretoria had been unable to receive it earlier in June 2020 because of the coronavirus lockdown.

AfriForum’s letter asks Dirco to explain what is the status of the request for MLA and demands to know when it can expect a response.

It adds that Pretoria’s failure to respond is also damaging “the image of the South African Law Enforcement to address corruption and related matters, more so in co-operation with its SADC neighbours”. DM