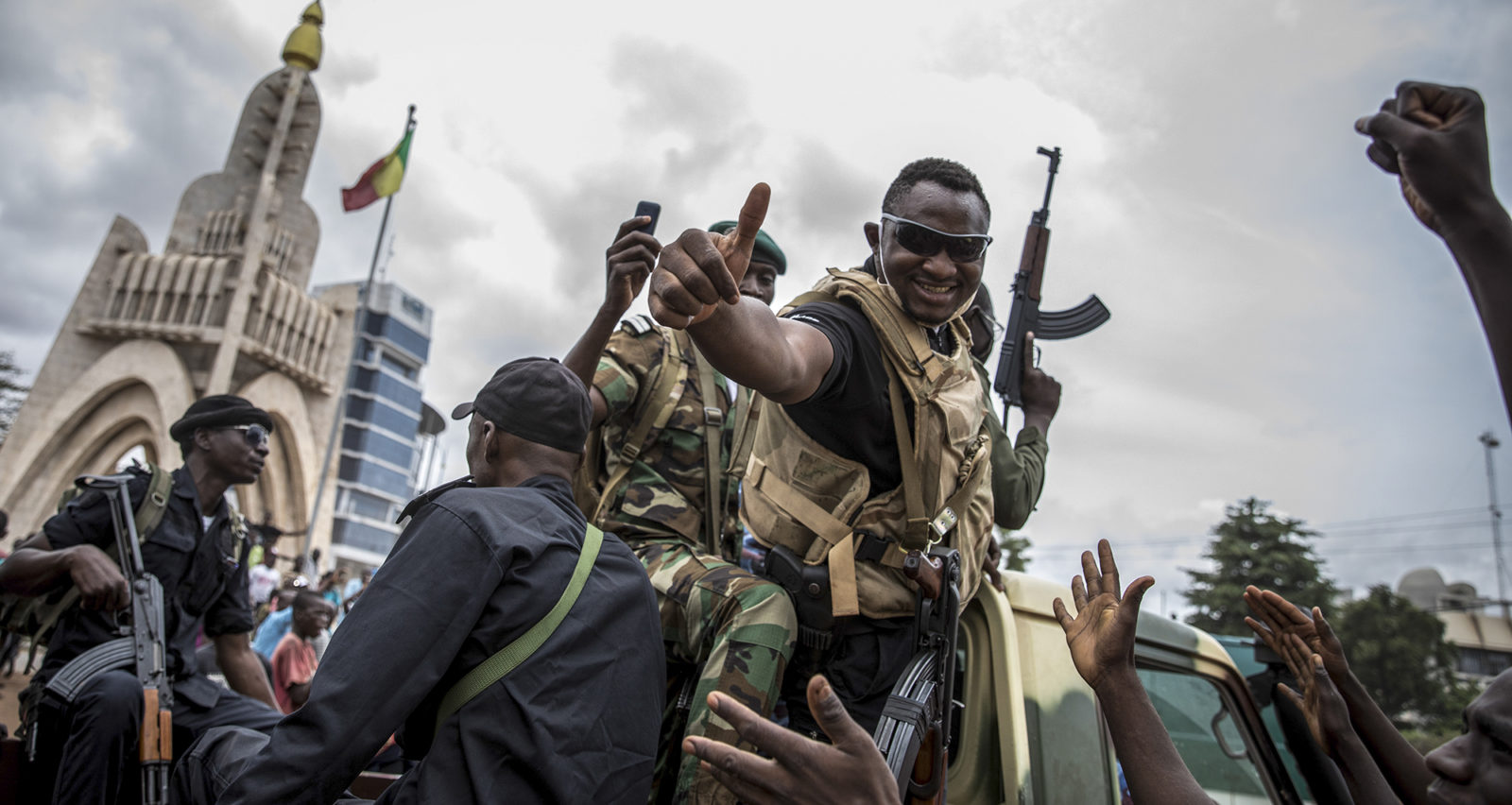 President Ibrahim Boubacar Keïta announced his resignation on Mali’s national television on Tuesday night, 18 August 2020. Earlier that day, he was detained by the army, along with his prime minister Boubou Cissé.

Rumours of a mutiny that morning morphed into Keïta’s resignation under duress, which amounted to a military takeover. The self-proclaimed National Committee for the Salvation of the People (CNSP) is currently holding power.

This followed weeks of demonstrations and heightened tensions over contested legislative elections against the backdrop of corruption scandals linked to military procurement and poor governance. Mali has been facing multiple crises in the form of violent extremism, local conflicts and transnational organised crime in the north and central part of the country, which are spreading to other parts of the country.

The African Union (AU), Economic Community of West African States (Ecowas), United Nations and wider international community condemned the removal of Keïta by the army. The AU Peace and Security Council has suspended Mali from the AU until constitutional order is restored. The council also called for Keïta and other detained officials to be freed. Ecowas suspended Mali, closed borders, imposed sanctions on the CNSP leaders and ordered them to reinstate the deposed Keïta.

The Malian case raises questions about popular protests, military takeovers and governance in Africa, where there’s been an increase in popular uprisings in the past decade or so. The height of these were the Arab Spring events, followed by those in Burkina Faso in 2014 that brought down former president Blaise Compaoré.

During 2019, there was another reminder of how regimes can be changed through street demonstrations and military intervention. Months of sustained uprisings in Algeria and Sudan led to the removal of 30-year incumbents Abdelaziz Bouteflika and Omar al-Bashir.

Africa has made progress in reducing the occurrence of coup d’états, particularly with its rejection of unconstitutional changes of government as enshrined in the AU’s African Charter on Democracy, Elections and Governance. Ecowas has a similar framework in its Protocol on Democracy and Good Governance. Neither charter, however, specifically deals with uprising situations like those that sparked military takeovers in Algeria, Sudan and now Mali.

There are essentially two key issues with popular protests. First is the disagreement around when a protest qualifies as popular, or popular enough to justify a call for a change of government. Second is the seemingly unconstitutional nature of a request, even by people with apparently legitimate grievances, for an elected president or his government to step down without following constitutional due process.

The argument that elected leaders can be removed only through elections and never through the streets or by a military takeover can only stand when they’re elected through credible polls, and when they themselves uphold the rule of law as part of a constitutional social contract.

Keïta may have been re-elected in 2018 in elections considered credible by most, but he faced massive public demonstrations as early as April 2019. Recent protests were sparked by contestation over the April 2020 parliamentary election results. Ordinary Malians voiced their discontent with the rampant poverty, insecurity, bad governance and corruption.

Beyond Mali, the trend has also been for African leaders to amend or circumvent constitutions to extend their stay in power. This, like coups, protests and military takeovers, creates institutional instability not conducive to entrenching democratic norms and practices. Others may then regard constitutional order as malleable.

The AU’s charter and Ecowas’s protocol both reject unconstitutional changes of government but they also clearly outline democratic and good governance norms, and the latter should minimise the risk for the former to occur.

The question of how legitimate, representative or popular a protest is may not always be possible to answer. But when grievances are legitimate and supported by a significant proportion of the population, it’s difficult to dispute the ‘popularity’ of an uprising, or stop it.

This isn’t to say that unseating a president or government through uprisings should be the norm, but when citizens regard a government to have failed, they will take to the streets and may demand that it resigns.

These demands can be regarded as legitimate where elections haven’t historically been free, fair and transparent, and therefore where leaders cannot be removed through the ballot. This typically signals a lack of trust in state institutions, in their independence and impartiality, which discredits democratic processes.

If the legitimacy, popularity or representativeness of a protest can be questioned, so too can that of a sitting government. When leaders are ‘elected’ in dubious polls where results are highly contested, they don’t have much legitimacy.

In Mali, as with many other African countries, elections are contentious and results are systematically disputed. In the March/April 2020 legislative elections a constitutional court ruling for the polls’ final results allocated 30 seats mostly to the ruling party and its allies, causing countrywide demonstrations.

Also, the elections were set for 2018 but were delayed partly to pass a constitutional amendment to kick-start the process of decentralisation, as agreed on in the Algiers 2015 peace accord.

The military takeover occurred after mediation led by former Nigerian president Goodluck Jonathan and an Ecowas mission of heads of state failed to break the deadlock between Keïta and the Mouvement du 5 Juin – Rassemblement des Forces Républicaines (M5-RFP) coalition that led the anti-government demonstrations.

Current trends suggest that popular protests will become even more regular in Africa’s contested socio-political space. With projections that Covid-19 will aggravate levels of poverty and unemployment, governments appearing to be underperforming while corruption remains rife will continue experiencing uprisings.

Popular protests are a symptom of deeper governance deficits. Part of the solution lies in a holistic rather than selective application of African norms on democracy and good governance, which cannot solely rebuke unconstitutional changes of government while allowing other violations and excesses to flourish.

Mali has entered a period of political uncertainty. The transition arrangements must be carefully negotiated to preserve some stability in the frail security apparatus that’s been fighting violent extremism. The success of this current transition will determine Mali’s future as a country. DM