Hunt for a new auditor-general 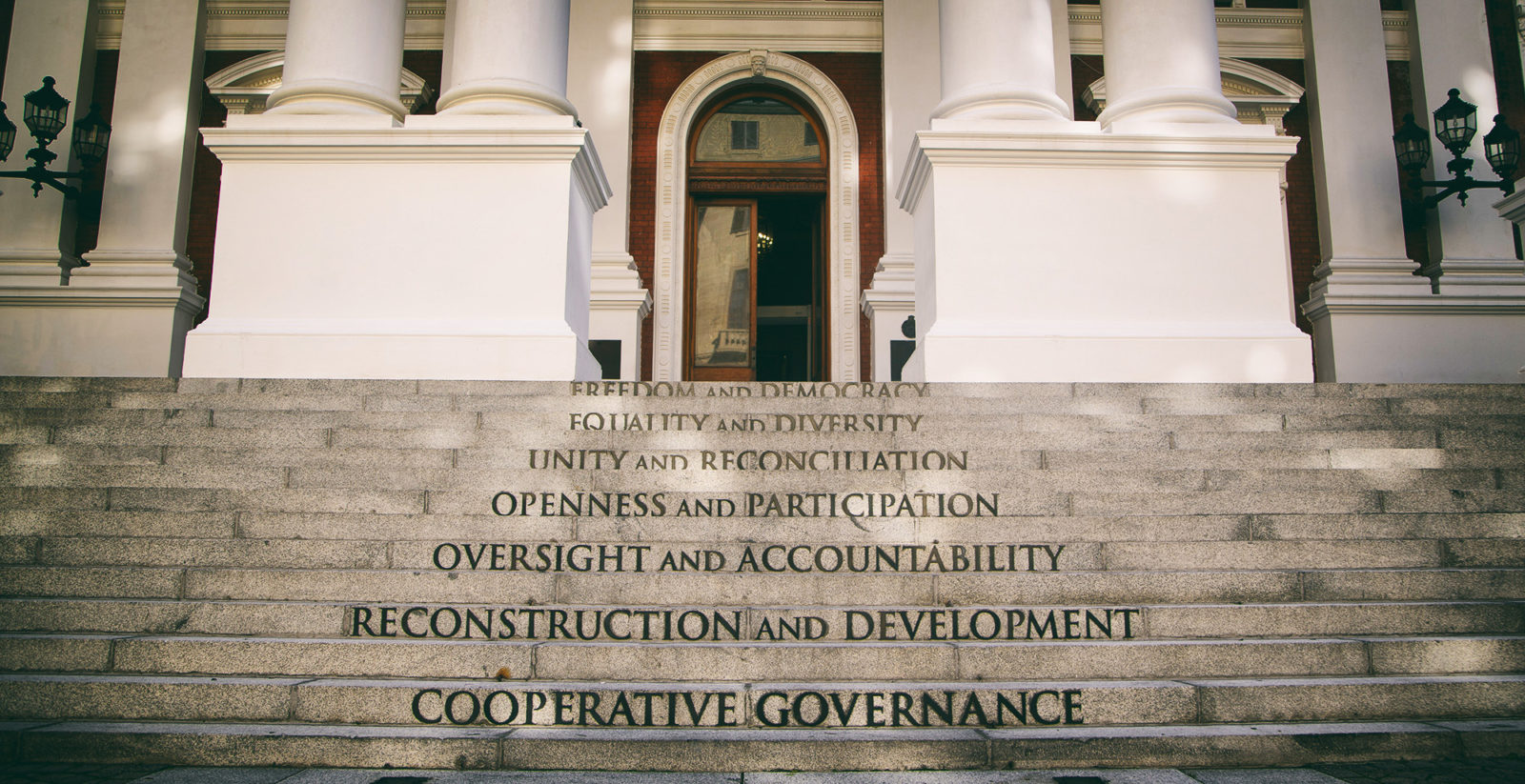 If MPs thought candidates for the next auditor-general would style themselves as corruption busters, they were disappointed on Thursday. Without fail, all six candidates emphasised transparent, ethical and accountable public conduct – and the AG delivering credible detailed reports for executive action and parliamentary oversight.

Thursday’s whole-day interview process by Parliament’s ad hoc committee on the appointment of the auditor-general — incumbent Kimi Makwetu completes his non-renewable term on 30 November 2020 – unfolded in the public eye, broadcast on the parliamentary TV channel.

The interviews over 10 hours were sober and awfully polite. The only laughter came when Michael Sass, chief financial officer at the National Health Laboratories since 2018, after being asked to talk about himself, quipped:

“I’m not married yet. I see this is being televised…”

The other lighter moment came when Deputy Auditor-General Tsakani Maluleke described herself as “I am a daddy’s girl” in reference to her father’s life value of “not accumulating, but adding value”.

Auditors, if not by character, then by the nature of their work, are not the most colourful characters. But South Africa’s auditor-general must have a core of steel.

Office of the Auditor-General teams out auditing provinces, municipalities and entities have been threatened and intimidated.

That may change as the Public Audit Act has been amended to give the auditor-general teeth, like referring material irregularities to law enforcement agencies and issuing certificates of debt to personally hold responsible accounting officers such as directors-general and heads of department.

The six candidates agreed these powers would make a difference.

The candidates agreed all state-owned entities (SOEs) should be audited by the Office of the Auditor-General as the constitutionally and legislated highest audit office in South Africa. Currently, 14 of the 20 major SOEs are audited by the auditor-general, with Transnet coming into the fold in 2020. Others, like Eskom, use private auditors.

The six candidates agreed on the need for performance audits, variously described as “dynamic” and “punchier”, that could assess risk, be more responsive and facilitate oversight. The traditional annual audits are published a year behind.

The six candidates agreed the AG’s independence was “paramount” and “pivotal”, as was the duty to do the job without fear or favour – and in the public interest.

The six candidates agreed that the role of the auditor-general was not to be a corruption buster but to produce detailed reports on how money is spent against service delivery with the aim of promoting oversight by Parliament to hold accountable those in charge of the purse strings.

When asked directly about the current socio-economic situation, with direct questions on State Capture and Covid-19 personal protective equipment (PPE) corruption, some candidates were more at ease with talking about current affairs than others.

Asked directly about corruption, Northern Cape Premier’s Office Chief Financial Officer Moses Gasela stayed away from using the word, talking instead of “leakage of funds”. But, he added resolutely, “when there is prima facie proof of wrongdoing, prima facie proof of corruption” this must be referred to law enforcement agencies.

“I’d ensure that the Office of the Auditor-General is not turned into another crime-fighting machinery…” as it was about bringing along the auditees.

Zakariya Hoosain, until 2019 the Western Cape Treasury head who does contract work while studying for his master’s degree, bluntly linked corruption to loss of public trust. Auditing rigour and detail were crucial to restore governance.

Maluleke said Covid-19 has highlighted the urgency to deal with poverty, unemployment and inequality. Collaborative action was needed for that, alongside commitment to transparency and accountability.

“Without trust, we will not build the social compact,” said the deputy AG, adding later that dealing with malfeasance in procurement in an emergency situation was always difficult, and not a quick fix.

The Constitution in Section 195 provided the ethical values on how a public administration should be run. “It is against those we hold all leaders accountable.”

Thursday’s interviews went smoothly. The MPs representing the ANC, DA, EFF, IFP and Freedom Front Plus played nicely together, unlike so often in the House.

If there were off moments, it was how looming power outages rushed the last candidate somewhat because, while the lights would stay on, the recording equipment didn’t operate.

Then ANC MP Dipuo Peters failed to recuse herself, nor clearly declare her conflict of interest regarding one of the interviews.

“It’s been 11 years of not interacting and being in contact with you. I am happy to see you here today,” Peters said at the start of Gasela’s interview. Peters was premier in Northern Cape from 1998 to 2009, and would have been involved in his May 2008 appointment as CFO in the Premier’s Office.

Fakie, who was appointed AG in December 1999, had been deputy to Henri Kluever, the public servant who straddled apartheid South Africa’s transition to democracy – and the redesign of the Office of the Auditor-General as a constitutional institution with the adoption of the 1996 Constitution.

But nothing is certain until Parliament’s ad hoc committee on the appointment of the auditor-general makes its choice, takes its report to the House from where, once adopted, the nomination goes to the president for the formal appointment. DM