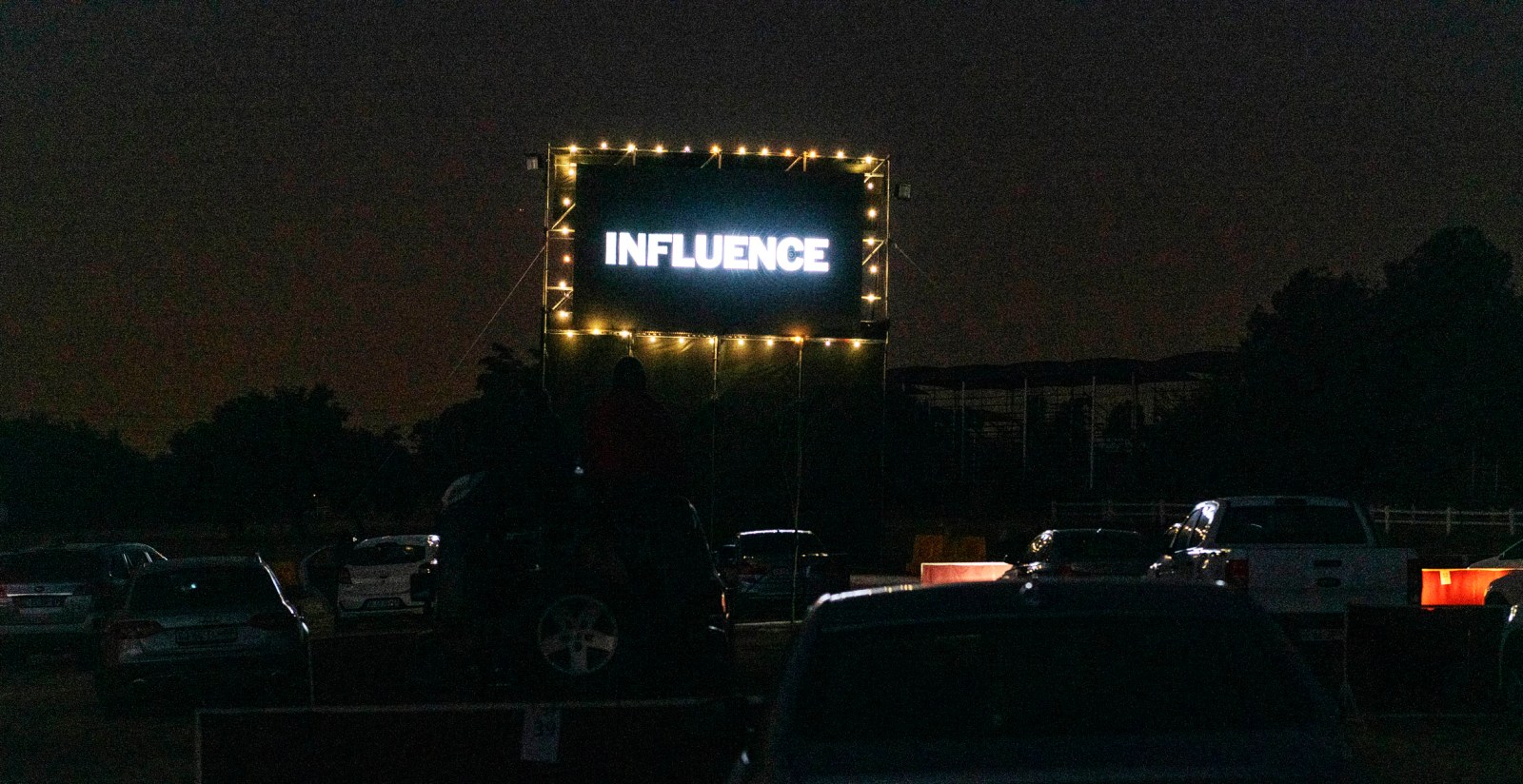 Influence at the Encounters drive-in, hosted by Storyscope.

Feature documentary Influence, directed by Diana Neille and Richard Poplak, made its South African debut as the opening film at the Encounters Documentary Film Festival on Thursday. During a post-screening Q&A with Bill Browder, the duo unpacked the nefarious effects of corruption and disinformation and how Bell Pottinger helped prop up South Africa’s gangster state.

During a Q&A hosted by Daily Maverick after the film made its South African debut at the Encounters Documentary Film Festival, Richard Poplak and Diana Neille sat down with Red Notice author and architect of the Magnitsky Act, Bill Browder, to discuss the nefarious effect of corruption and disinformation.

Browder, a hedge fund manager turned social activist, has spent the last 10 years advocating for the adoption of the Magnitsky Act in various countries. The Act honours Russian lawyer Sergei Magnitsky who was killed in prison by Russian authorities after blowing the whistle on a $230-million tax scandal involving organised criminals and Russian officials.

The Global Magnitsky Act, passed in 2016, allows the US government to sanction foreign officials implicated in human rights abuses and corruption anywhere in the world.

In 2019 the Guptas were sanctioned under the Magnitsky Act after being fingered as the architects of State Capture.

The documentary exposes British PR firm Bell Pottinger’s role in “Guptagate” and the legitimisation of State Capture in South Africa. The firm led a racially divisive campaign for Oakbay Investments, a company owned by the infamous Gupta brothers, Atul, Ajay and Rajesh.

“That campaign was so successful in that it embedded itself in our national psyche,” said Neille. She referenced words recently used by Des Van Rooyen before the Zondo Commission, such as “white monopoly capital” and “white-owned media” to attack the ANC. These terms hark back to the rhetoric used in Bell Pottinger’s campaign.

“It showed those that would perpetuate this information and use it for political means what works and what doesn’t,” said Neille. “So often, that means division, creating mistrust between different groups and communities, and sowing hatred, which unfortunately in the world today we’re seeing so much more of.”

The campaign, however, led to Bell Pottinger’s demise. When former president Jacob Zuma’s collusion with the Guptas came to light, and the campaign was uncovered, a complaint lodged with the Public Relations and Communications Agency (PRCA) in London brought forth an investigation with damning findings. Bell Pottinger collapsed mere months afterwards.

“They were so clunky, so greedy, so crass, that I think the PRCA said… you know what, we have to make an example of these guys. This kind of thing can’t go on.”

Before “Guptagate” and Bell Pottinger’s involvement in legitimising State Capture, the firm helped strategise the National Party’s campaign in the 1994 elections.

“It had massive implications for South Africa,” said Neille, highlighting the significant influence the National Party eventually had over how the Constitution was written.

“It was very protective of the one thing that the party and its constituents cared most about, which was ownership of property and land rights and the ability to maintain economic control of the country.”

Poplak lamented the fact that South Africa lacks the prosecutorial or policing capacity to track down and detain the Guptas, who fled the country and are still at large. He identified this deficiency as a by-product of State Capture.

“What Jacob Zuma did was textbook gangster state. Effectively he gutted out policing, he gutted out the security services, he transformed the security cluster into an agent for graft and for personal enrichment. He was the head, effectively, of the mafia state. And one of the first things you do when you’re head of a mafia state, is you gut the prosecutorial ability,” said Poplak.

On Lord Bell, with whom the film crew spent five days, Neille described the British peer as a “master tactician” with an affinity for fame and power.

“He’s a chess player, so Tim respects people who know what they’re talking about and can back it up.”

Browder was surprised that Bell was so candid on camera and essentially took part in ruining his own reputation – an irony which Browder pointed out.

“He made himself out to be as close to evil as you can get,” said Browder.

On tackling the scourge of corruption and disinformation, Poplak said media houses need to be taught how to protect whistleblowers. “They are the essential undergirding to our democracy… people who will speak up.”

For Browder, truthful information is the antidote to disinformation. In the case of Magnitsky, he has dedicated his life to ensuring that the true story of the whistleblower is told.

Influence had its world premiere in January this year at the Sundance Film Festival. DM