Judge Farlam: Someone could come forward to solve Marikana ‘mystery’ 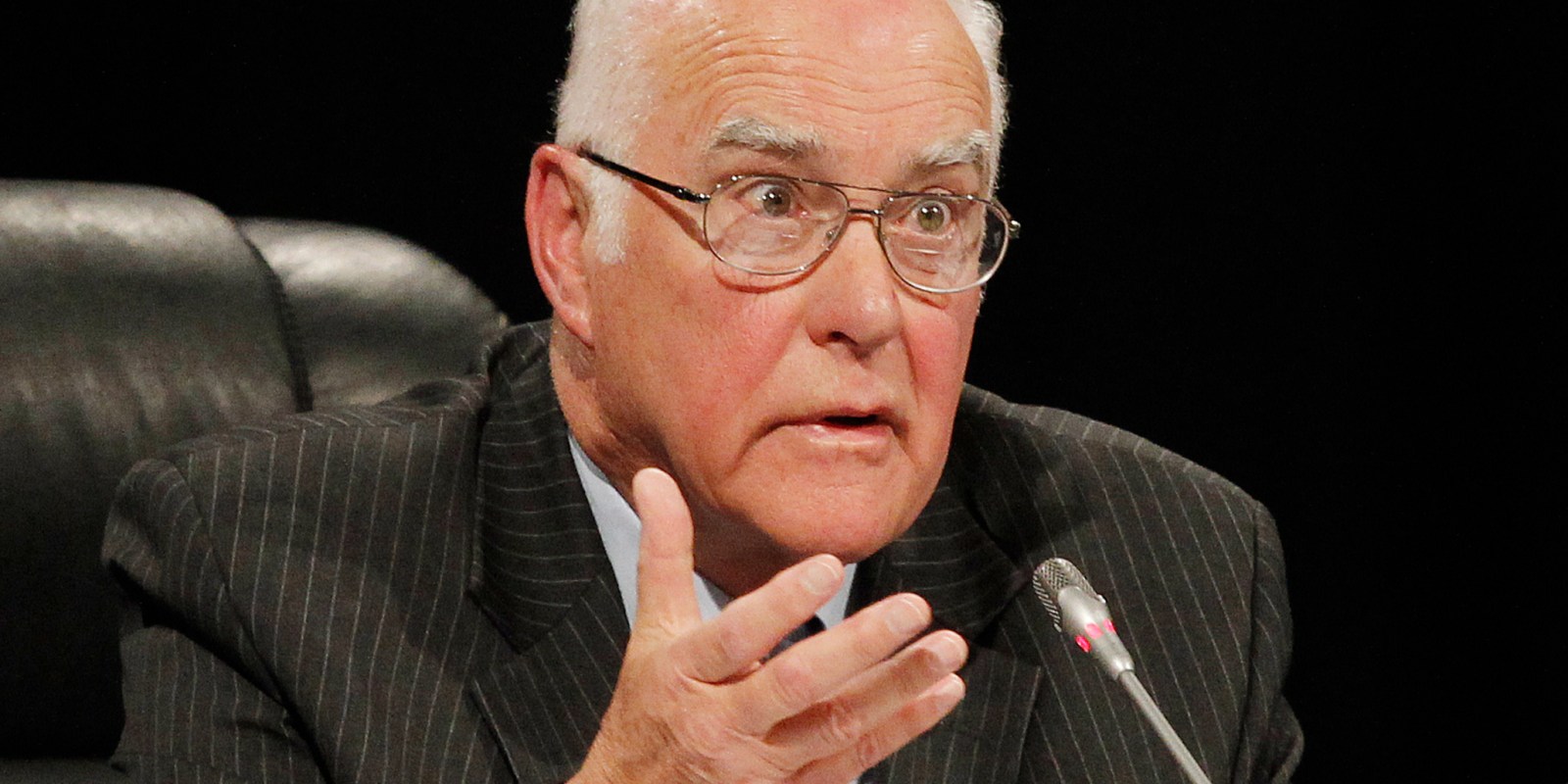 The police had not originally planned to go ‘tactical’ and confront striking mineworkers on the afternoon of 16 August 2012. When they did, they expected bloodshed. Marikana Commission of Inquiry chairperson Judge Ian Farlam said someone may come forward to explain why the SAPS was determined to end the strike that day, despite the risks.

The death of 34 mineworkers on 16 August 2012 could have been averted if the SAPS stuck to its original plan to disperse striking Lonmin employees early in the morning. Instead, it implemented an ill-conceived strategy in the afternoon despite the obvious risks, said retired judge and Marikana Commission of Inquiry chairperson Ian Farlam on Tuesday.

Farlam, speaking during an Institute of Security Studies (ISS) webinar, said it’s a mystery why the police were determined to confront and disperse thousands of striking mineworkers that afternoon when they had planned a relatively risk-free operation to encircle the koppie where the strikers would gather in the morning when few of them would be there.

He was speaking after the eighth annual commemoration of the massacre, which claimed 44 lives between 10 and 16 August 2012, was held on Sunday. The commemoration was marked by continued calls for justice for the relatives of the victims and for recommendations on police reform to be implemented.

“There was a mystery to which we never got the answer, and that was, why the police abandoned the plan they had,” said Farlam on Tuesday.

“It was never explained to us why and we tried very hard to find out why but the questions we asked were evaded and avoided. The only inference one can draw is because the answer was unsatisfactory and they knew it was unacceptable.”

Farlam said the version of the truth offered by SAPS members at the commission was a “disgrace”. They did not tell the commission of inquiry that the then-national commissioner, Riah Phiyega, had met provincial commissioners in the SAPS national management forum on the evening of 15 August 2012, where it was decided that the tactical phase of the operation would be implemented the following day.

Little is known about what was said in that meeting, but Farlam found that the forum had decided to confront the miners the next day and had communicated the decision with commanders on the ground. In a 6am meeting in Marikana with SAPS leaders on 16 August, one high-ranking officer headlined his notes “D-Day”.

Farlam’s report noted expert evidence that said the decision to confront the miners would not have been made without the input from the executive. Farlam didn’t go so far and made no such findings against the then-police minister, Nathi Mthethwa.

When “D-Day” arrived, SAPS commanders still hoped Association of Mineworkers and Construction Union (Amcu) leader Joseph Mathunjwa might be able to disperse the strikers. That didn’t happen and when the SAPS missed the opportunity for its operation designed to be implemented in the morning, commanders hastily put together another plan and confronted the mineworkers in the afternoon.

The police knew there would be bloodshed. Multiple comments attest to it and they had ordered four mortuary vans (only one arrived) and an extra 4,000 rounds of ammunition.

Nomzamo Zondo from the Socio-Economic Rights Institute (SERI), which represents the families of 36 people who were killed in Marikana, said the SAPS has continued to use violence since Marikana with little regard for people’s rights.

“Despite all our efforts, we couldn’t find out why they had this change of plan and were forced to do something that came from outside, from the national management forum, to do what they did on the Thursday. If they had waited until the Friday, the massacre might well not have taken place but we still don’t know why that was the case.”

The retired judge said Tuesday’s webinar might lead to someone finally coming forward to explain why police commanders in Marikana decided to go tactical on 16 August, despite the risks.

“And I’m sure the answer will not be satisfactory to the police,” said Farlam.

Speakers during the webinar continued to call on Police Minister Bheki Cele to publicly release the report from the panel of experts, which was established on Farlam’s recommendation to look into policing problems highlighted by Marikana and submitted to the minister in July 2018.

The report included a wide range of recommendations, from avoiding political interference in police operations to what sort of weapons should be allowed to be used by the Public Order Policing unit.

“I think it’s a matter of great public importance that that report be published,” said Farlam.

Gareth Newham, head of the ISS justice and violence prevention programme, said the 460-page panel of experts’ report was a consensus between local and international policing experts and SAPS leaders. It included short and long-term recommendations to make the police more professional and improve public confidence in law enforcement.

“We think that it’s so unfortunate that the report hasn’t been made public so people can discuss those recommendations,” said Newham.

Cele’s spokesperson Lirandzu Themba told Daily Maverick over the weekend, “The minister will release the report at an appropriate time.”

Nomzamo Zondo from the Socio-Economic Rights Institute (SERI), which represents the families of 36 people who were killed in Marikana, said the SAPS has continued to use violence since Marikana with little regard for people’s rights.

She linked the SAPS’s approach at Marikana to how it treats protesters, people who occupy land, and those who were accused of violating regulations during the Covid-19 lockdown.

“You see the very same things that were happening in Marikana continue,” said Zondo.

International policing expert Gary White, who gave evidence at the Marikana Commission, said a culture of impunity appears prevalent within SAPS in spite of policies aimed at instilling accountability.

He recalled the testimony of Lieutenant-Colonel Duncan Scott, who designed the contingency plan to confront miners on 16 August after the first plan could not be implemented. This was after 10 people had already been killed in the preceding week.

When the commission asked Scott for his planning notes, he said he didn’t have them. White suggested Scott never expected to be held accountable or to have to explain himself, a culture that remains prevalent in the police. DM