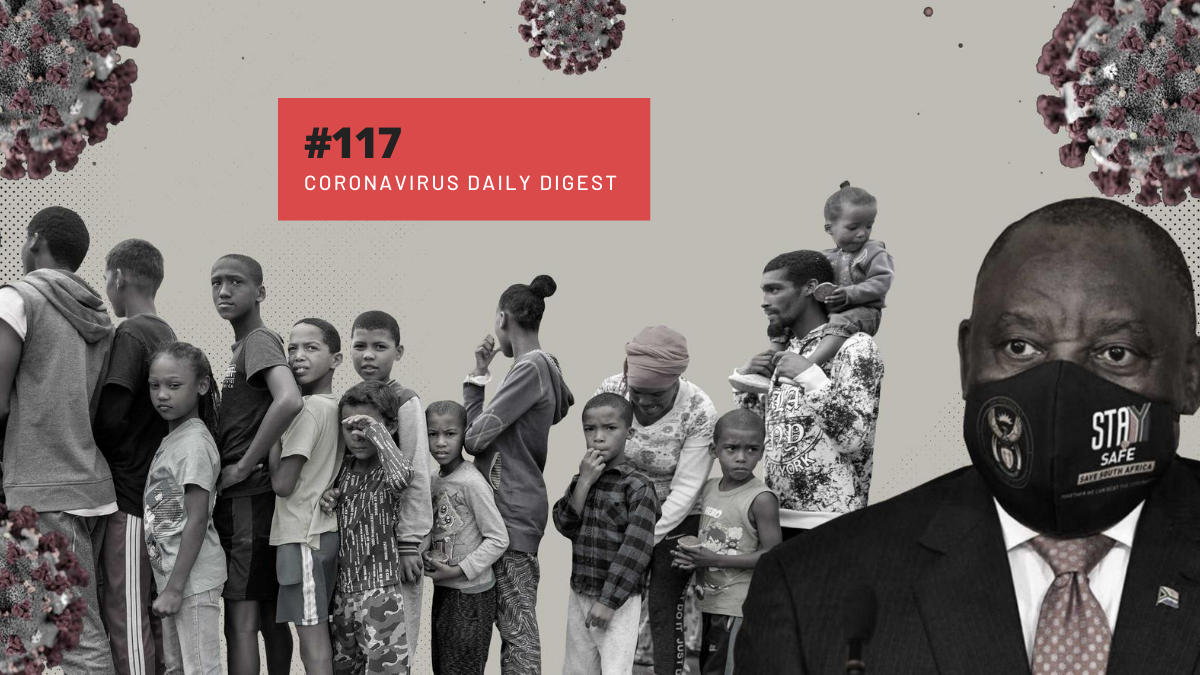 On Thursday, Daily Maverick announced it would be launching a newspaper – in the middle of a pandemic which has folded so many print media publications. Meanwhile, school infrastructure projects have stopped because of a massive slash in the government grants which funded them. Health Minister Zweli Mkhize has said the country is not ready to lift the ban on the sale of alcohol and tobacco products.

Scroll through the gallery below to view the latest Covid-19 numbers available on 6 August at the district level. All maps are sourced from provincial health departments. The Gauteng health department has finished its data harmonisation and restarted publishing these numbers. Eastern Cape did not provide an update by the time of publishing:

On Thursday, Daily Maverick announced it will be launching a weekly print newsletter – in the middle of a pandemic, and at a time when print media houses are folding several publications. Read about how it will all hang together, and why we think it’s a bright idea, here.

Thursday also saw the publication of the second of a series of Expert Advisories on how to respond to Covid-19. This week, the Scientists Collective tackles practical guidance on disinfecting when it comes to Covid-19 – from groceries to the workplace. Find it here.

Across South Africa, school infrastructure projects have been stopped in their tracks after the national education infrastructure grant was slashed by another R2-billion to divert funds to Covid-19 relief efforts. This comes after an initial budget cut of R1.9-billion to the grant. This latest cut will affect 1,938 projects, which include building new schools, infrastructure for water and sanitation, maintenance and repairs. Ayanda Mthethwa unpacks the short- and long-term consequences.

There are still no national guidelines on where, when or how children should be admitted to state quarantine and isolation facilities. It is up to individual facilities to decide how to accommodate children. Experts warn that sending children into these facilities without the necessary support will have a dire impact on their mental well-being. Aisha Abdool Karim spoke to them about what is at stake without the proper guidelines in place.

Covid-19 quarantine could turn into ‘an absolute nightmare’ for children

South Africa is not ready to lift the ban on the sale of alcohol and tobacco products, according to Health Minister Zweli Mkhize. He said that the country is not yet at the point where the pressure on hospital beds is low enough not to be life-threatening, despite the pressure on hospitals being reduced and a recovery rate above 70%. He was in KwaZulu-Natal to inspect health facilities before the province’s predicted surge in Covid-19 infections.

Meanwhile, the situation in Eastern Cape hospitals is “depressing”, according to Deputy Public Protector Kholeka Gcaleka. Gcaleka is on a visit to the province to investigate reports of unsafe conditions at public hospitals. She reported that the most common issues she encountered were a lack of senior staff, small wards and interrupted laundry services.

The Presidency announced that President Cyril Ramaphosa has appointed a “Committee of Ministers to deal with allegations of corruption associated with the country’s response to the coronavirus pandemic”. It will be chaired by Justice Minister Ronald Lamola. Ramaphosa has apparently instructed all ministers and premiers to provide the committee with the names of companies and details of tenders and contracts that have been awarded during the National State of Disaster by the end of the week. The committee will then write a “comprehensive report” for Ramaphosa, which will be made public. There was no word on what would happen after that.

On the committee are Minister in the Presidency Jackson Mthembu, Minister of Finance Tito Mboweni, Minister of Police Bheki Cele, Minister of Public Service and Administration Senzo Mchunu and Minister of Co-operative Governance and Traditional Affairs Nkosazana Dlamini Zuma. DM/MC