Hundreds of girls, women have disappeared during pandem...

Hundreds of girls, women have disappeared during pandemic in Peru 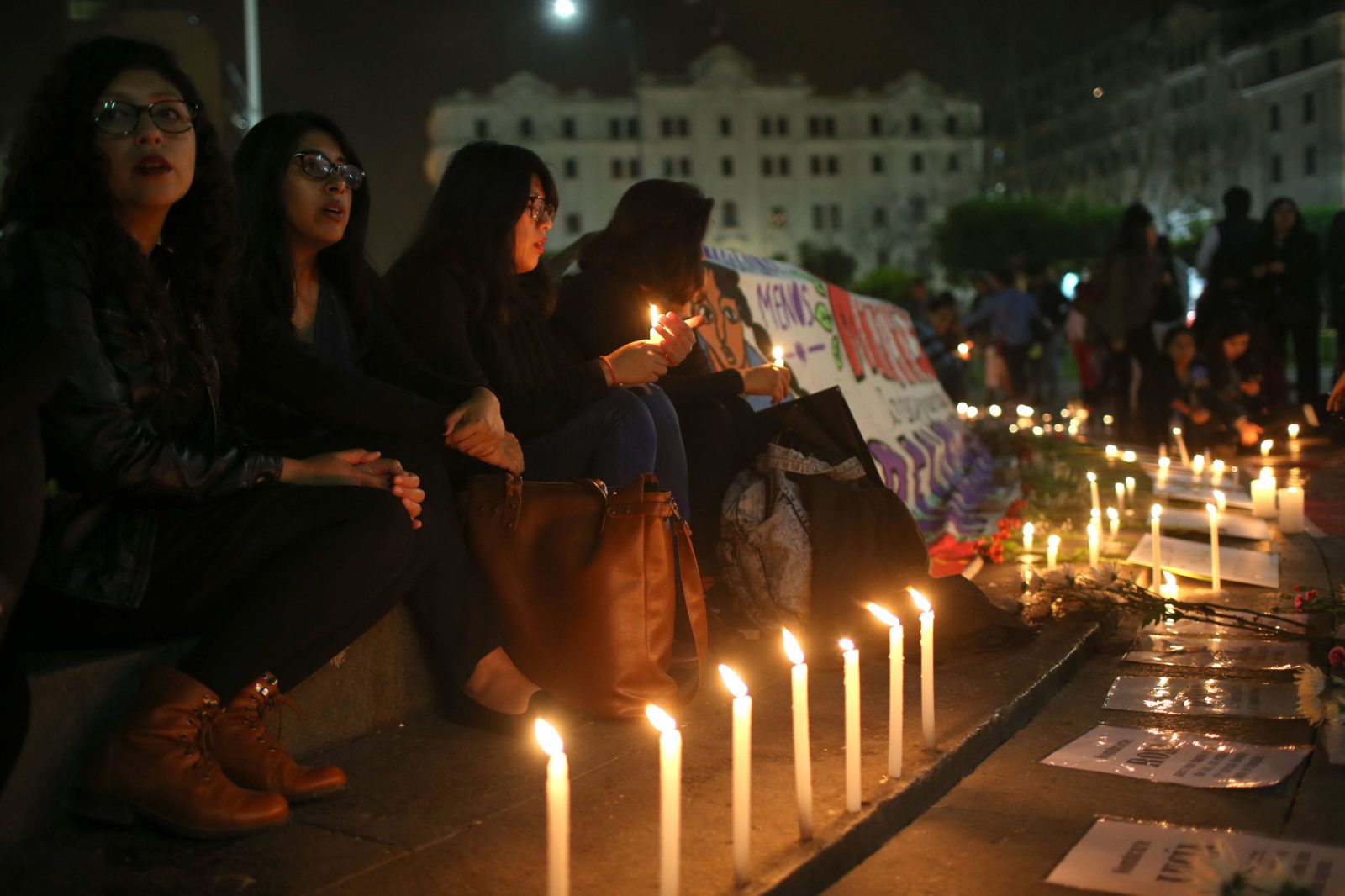 epa05593266 People light candles during a vigil protesting against gender violence in Lima, Peru, 19 October 2016. Demonstrators called for justice for gender-based violence victims, as protests were held in several Latin American countries such as Argentina, Mexico, Panama and Guatemala on the same day. EPA/ERNESTO ARIAS

BOGOTA, Aug 4 (Thomson Reuters Foundation) - More than 900 women and girls have gone missing in Peru during its coronavirus lockdown, a top women's rights official said on Tuesday, calling for the creation of a national missing persons register to address the "alarming" number of disappearances.

Records must be kept to track those who go missing, whether they are found alive or dead and whether they are victims of sex trafficking, domestic violence or femicide, said Isabel Ortiz, a women’s rights commissioner in the National Ombudsman’s office, an independent body that monitors Peru’s human rights.

“The figures are really quite alarming,” Ortiz told the Thomson Reuters Foundation in a telephone interview.

“We know the numbers of women and girls who have disappeared, but we don’t have detailed information about how many have been found,” she said. “We don’t have proper and up-to-date records.”

Without the kind of data that a national missing persons register could collect, it often remains unknown what became of those reported missing and if they were found dead or alive, she said.

Some could be victims of violent crimes like domestic violence or femicide, the gender-related killing of a woman by a man, Ortiz said.

“In some cases, it is the perpetrator of the crime who has reported a woman as missing,” she said.

A national missing persons register would allow cross-referencing of information with other crimes against women to help find missing people and identify potential suspects, she said.

“We need to have a proper register that would allow us to link the disappearance of women to other crimes like human trafficking and sexual violence,” Ortiz said.

Last week, Peru’s women’s ministry said 1,200 women and girls had been reported missing during the pandemic – a higher figure that included the month of July.

The women’s ministry said the government was working to eradicate violence against women and had increased funding this year for gender-based violence prevention programs.

Latin America and the Caribbean are known for high rates of femicide and violence against women, driven by a macho culture and social norms that dictate women’s roles, Ortiz said.

“Violence against women exists because of the many patriarchal patterns that exist in our society,” she said.

“There are many stereotypes about the role of women that set how their behaviour should be, and when these are not adhered to, violence is used against women,” she said.

Before the pandemic, hundreds of thousands of women throughout Latin America, including Peru, were staging mass street demonstrations demand government action against gender-based violence. (Reporting by Anastasia Moloney; Editing by Ellen Wulfhorst. Please credit the Thomson Reuters Foundation, the charitable arm of Thomson Reuters, that covers the lives of people around the world who struggle to live freely or fairly. Visit http://news.trust.org)