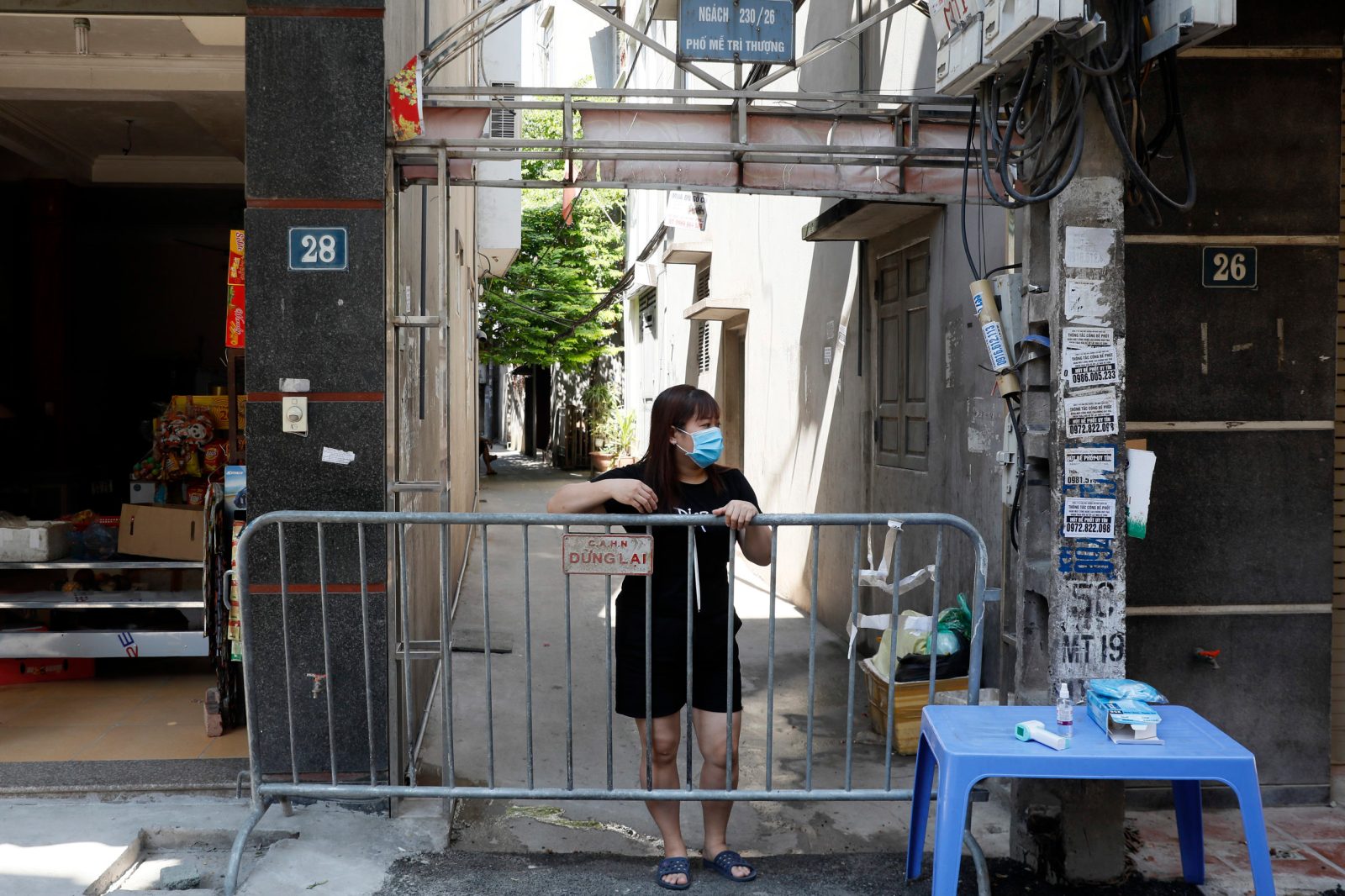 epa08573763 A woman wearing mask stands behind a barrier in a lockdown alley, where a newly confirmed patient with COVID-19 lives, in Hanoi, Vietnam, 30 July 2020. According to media reports, the reported infection outbreak arrives after Vietnam went 100 days without any reported cases of coronavirus or COVID-19 disease infections. EPA-EFE/LUONG THAI LINH

HANOI, Aug 3 (Reuters) - Vietnam is in the midst of a "decisive" fight against the novel coronavirus, the prime minister said on Monday, with the focus on Danang city where infections have appeared in four factories with a combined workforce of about 3,700 people.

Vietnam, widely praised for its mitigation efforts since the coronavirus appeared in late January, is battling several new clusters of infection linked to Danang after going more than three months without detecting any domestic transmission.

“Early August will be the decisive time within which to stop the virus from spreading on a large scale.”

The country of 96 million has confirmed at least 621 infections, with six deaths.

Authorities on Monday reported one new case linked to the central city of Danang, a tourism hot spot where Vietnam’s first domestically transmitted case in 100 days was detected on July 24.

The source of the new outbreak is unclear but it has spread to at least 10 places, including the capital, Hanoi, and the business hub of Ho Chi Minh City, infecting 174 people and killing six.

The government said on Saturday it planned to test Danang’s entire population of 1.1 million people, part of “unprecedented measures” to fight the outbreak. The city imposed a lockdown last week, banning movement in and out of the city and closing entertainment venues.

Twenty-three percent of the latest infections are asymptomatic, the government said in a statement, meaning people infected with the virus do not show symptoms of the COVID-19 sickness it causes.

Phuc said the new outbreak could have a more “critical impact” than previous waves of infection.

Authorities said on Sunday the strain of virus detected in Danang was a more contagious one, and that each infected person could infect 5 to 6 people, compared with 1.8-2.2 for infections earlier in the year.

Vietnam has carried out 52,000 tests for the coronavirus in the past seven days, according to a Reuters analysis of official data. Health ministry data does not include rapid tests used for mass screening. (Reporting by Khanh Vu and Phuong Nguyen Writing by James Pearson Editing by Martin Petty, Robert Birsel)