Lampard vs Arteta – from the midfield to the dugout 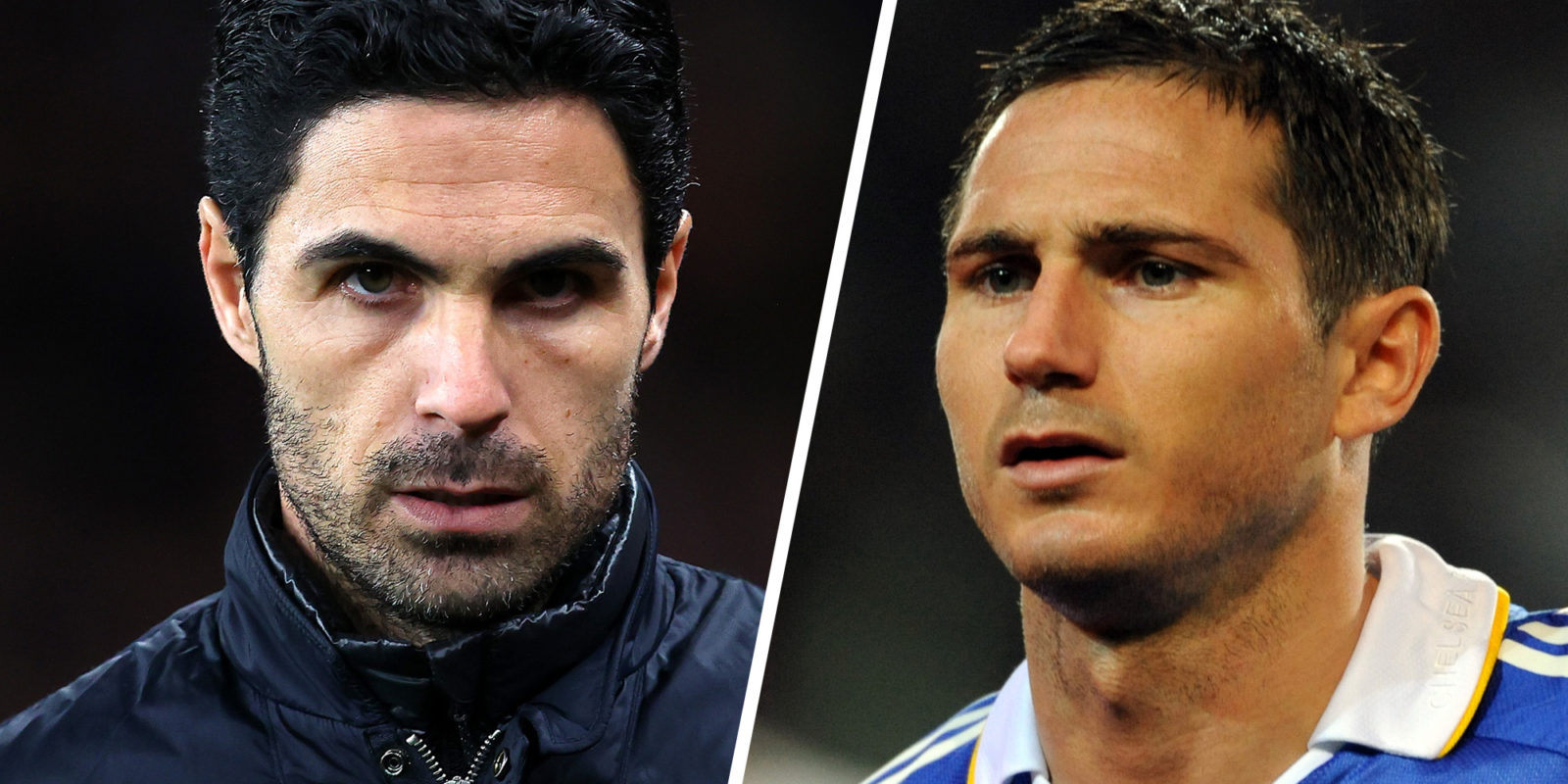 Arsenal Manager, Mikel Arteta looks on prior to the UEFA Europa League round of 32 second leg match between Arsenal FC and Olympiacos FC at Emirates Stadium on February 27, 2020 in London, United Kingdom. (Photo: Julian Finney/Getty Images) / Frank Lampard of Chelsea is seen prior to the UEFA Champions League Round of 16 second leg match between Juventus and Chelsea at the Stadio Olimpico di Torino on March 10, 2009 in Turin, Italy. (Photo: Etsuo Hara/Getty Images)

It hasn’t been smooth sailing for Chelsea and Arsenal this season. In spite of this, one of their managers is guaranteed to pick up his first trophy as a senior manager when the final whistle blows in the FA Cup.

Frank Lampard and Mikel Arteta have a number of things in common. In their playing days, they were mighty fine midfielders (the debate about who was better can be reserved for another day), they both retired less than five years ago, this is their first year as senior managers in England’s premier division, and they are each coaching teams they played for, against each other.

One thing will separate the young managers, however, come the end of the FA Cup final on Saturday: only one of them will walk away with their first piece of silverware as a head coach.

Arteta and Lampard are 38 and 42 years old respectively, making them the youngest Premier League bosses at the moment. It is their youth and openness to experimenting that has characterised their debut seasons in the top flight.

Arteta took over a team lacking motivation following a tumultuous run under fellow Spaniard Unai Emery. Since Arteta’s arrival in December, results have been mixed.

Take their recent 2-1 victory over English champions Liverpool, as well as the clinical performance they put on to reach this very final versus Arteta’s former employers, Manchester City. These great displays have at times been overshadowed by the team dropping cheap points and conceding needless goals, thanks to a shaky backline.

“Everyone’s worked so hard since I joined here to try to bring this club back to winning titles so if we can achieve that, I will be delighted,” Arteta told SkySports on what a victory would mean to him.

“But not for myself; for the players and the club that has been through some very difficult moments in the last few seasons. And as well for our fans, because they really deserve for us to give them some joy and nice moments.”

Chelsea, too, have had woes of their own. Despite this, they’ve shown that they can play, as evidenced when Lampard outfoxed former manager Jose Mourinho as Chelsea beat Tottenham Hotspur back in December.

That ingenuity has gone hand-in-hand with him taking a leap in terms of his tactics, then being let down by the system, the players or simply faced with a superior opposition – as witnessed by his team’s 3-0 trouncing at the hands of Sheffield United a few weeks ago.

American starlet Christian Pulisic, who has been one of the Blues’ standout players when he’s been fit, told Chelsea’s website that he is excited about playing in the final.

“I’m certainly aware of how big the FA Cup is over here. Growing up, I spent some time in England and I remember watching some FA Cup games over the years. I know what it means to football fans over here and how big the competition is, so I’m honoured to be in the final and have the opportunity to go and win the trophy. I’m really excited,” said Pulisic.

The former midfielders have shown great resilience up to this point. They have stumbled and fallen, much like a child who has recently learnt to walk and still does not trust their legs. More importantly though, they have risen from the floor to continue running, while showing adaptability and bravery.

Since the youthful managers have been at the helm, Arsenal and Chelsea have faced each other twice. In fact, Arteta’s first game in charge after Emery’s departure was a 2-1 loss at the hands of their London rivals. The reverse fixture in January at Stamford Bridge was a different affair and showed an improved Arsenal. Down to 10 men following David Luiz’s red card, the Gunners twice came from behind to draw 2-2.

If that result is anything to go by, fans are in for a humdinger, even though the game will be played at an empty Wembley Stadium. The managers will be hopeful that their defences can withstand the others’ barrage. Both teams have demonstrated regularly this season that they have just as little problem slotting in goals as they do keeping them out.

Added to the prestige of clinching the cup, the Gunners, who finished the season in eighth, have the prospect of securing European football as extra motivation. FA Cup winners automatically qualify for the Europa League. But Chelsea have already qualified for the Champions League. So, if Arteta’s men beat Chelsea, they will join Leicester City and Spurs in Europa. If the reverse happens, then seventh-placed Wolverhampton Wanderers will qualify.

More importantly though, both managers will be eager to finish this season on a high, and in the process set the tone for what we can expect from them in the upcoming season and beyond. DM