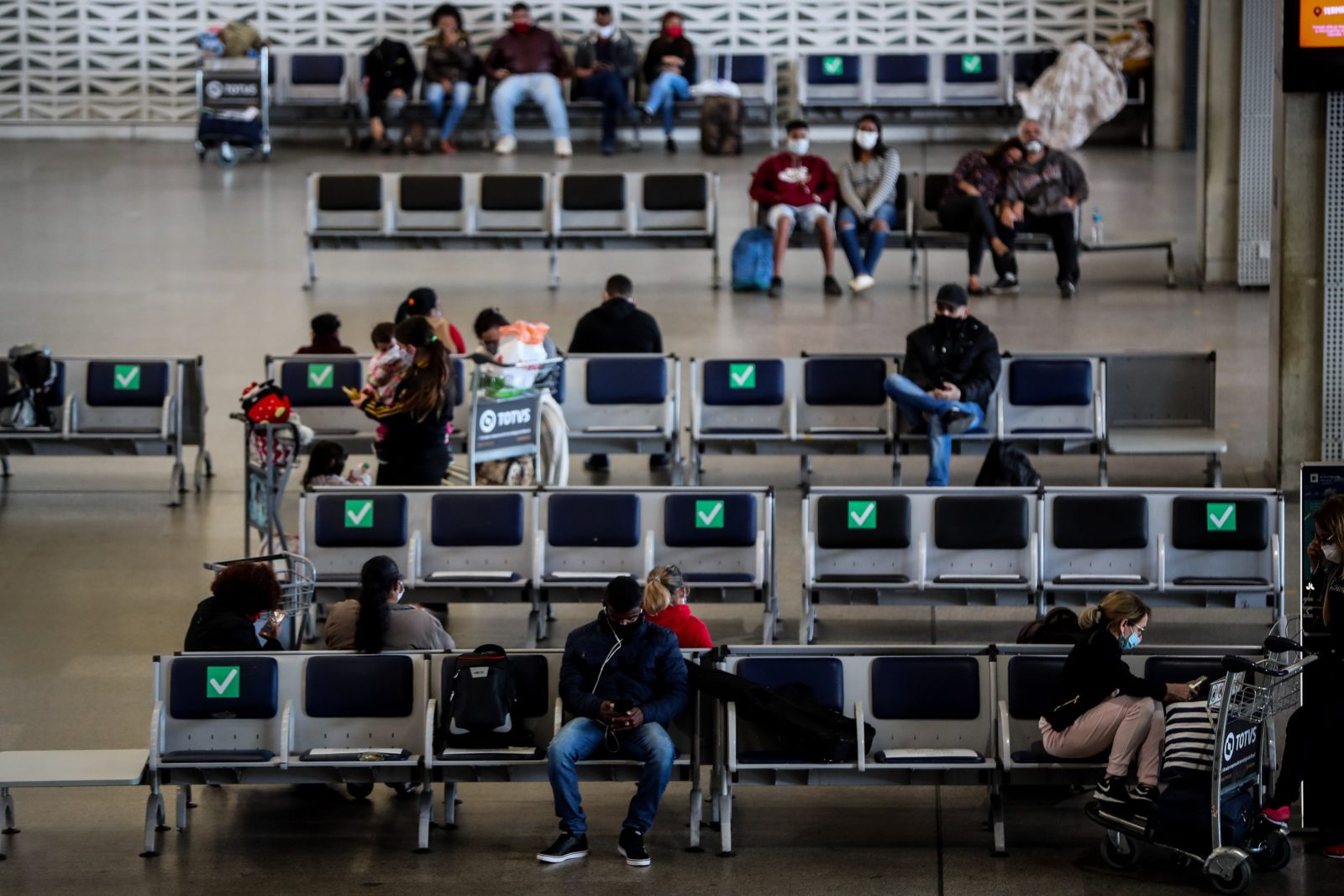 epa08443696 Passengers wait to board at Guarulhos International Airport, in Sao Paulo, Brazil, 25 May 2020. The Government of Brazil received without warning the announcement made this Sunday by US President Donald J. Trump, to prohibit the entry of passengers from Brazil, the country with second highest Covid-19 infections in the world. EPA-EFE/Fernando Bizerra

BRASILIA/SAO PAULO, July 29 (Reuters) - Brazil on Wednesday reopened international air travel to foreign tourists, which had been banned since March, even as the country's coronavirus outbreak ranks as the world's second worst.

Tourists from all countries may travel to Brazil as long as they have health insurance for the duration of their trip, the government said in a decree which did not explain the rationale for the decision.

Brazil, the country worst hit by COVID-19 after the United States, on Wednesday reported a record number of new deaths and confirmed cases.

Brazil is reopening its air borders faster than other countries in the region with less severe outbreaks, such as Colombia, Argentina, Panama and Peru which remain closed to international commercial flights.

While tourists may now visit Brazil, many countries have not taken reciprocal action due to the severity of the outbreak. The United States and European Union, for example, are open for international travel but do not allow tourists from Brazil. (Reporting by Ricardo Brito and Marcelo Rochabrun; Editing by Sandra Maler and Richard Chang)