The Great Schools Argument: A response to Stephen Groot...

The Great Schools Argument: A response to Stephen Grootes and Nic Spaull 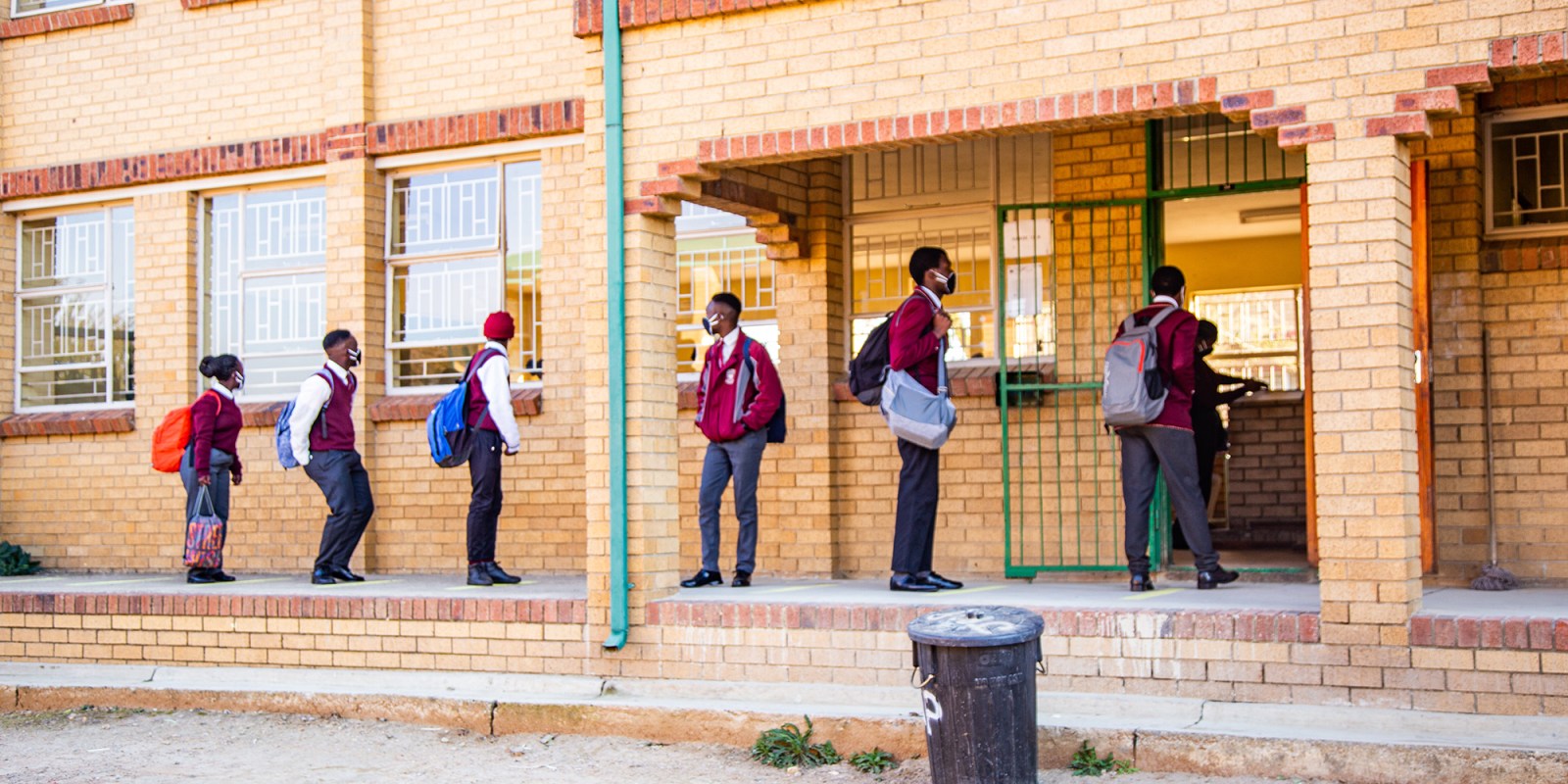 The government has to make a very difficult choice: whether or not, and the extent to which, schools should be reopened.

I recently had the worst media interview of my life, which includes 30 years as an academic. It was conducted by, of all people, Stephen Grootes, one of the very best journalists in South Africa. I was effectively accused of misrepresenting the truth, and the interview was cut short. To be fair, Grootes was later very gracious, and gave an apology on air.

The dispute reflects the emotion and tension that clouds “The Great Schools Argument” (Daily Maverick 23 July). This debate is indeed important. It might have an impact on government policy, still to be announced, and, hence, lives.

First, though, I must deal with the misrepresentation, which will help to clarify the problem. In the show, after an opening where I presented headline details from our research, Grootes asked me to explain why our findings appeared at odds with figures for learners now attending schools in Gauteng. Earlier he had referred to this as a gemors (roughly “mess”), and it might have been an excellent question.

The problem was that Grootes had misread an article published by News24 on 17 July, an error carried over from his Daily Maverick op-ed. The original article reported a speech given by Panyaza Lesufi, the Gauteng MEC for Education. It says:

“According to the MEC, Grade 6 recorded an attendance of 53%; Grade 7, 58%; Grade 11 over 61%; and Grade 12s an average of over 70%”. Among Grade Rs, only 23% had returned. These are the figures for learners. What Grootes did was confuse them with ones for educators. He claimed, for instance, that 71% of Grade 6 learners were attending, which is actually the figure for the teachers of Grade 6 learners. It was an honest mistake, we all make them (I do anyway), and there is no ill feeling.

However, the actual figures for learners, quoted by Lesufi, are shocking. Gauteng’s parents are voting with their feet. Moreover, it is not merely that individual choices are being made, but whole schools are closing, sometimes for a day, sometimes longer. In cases that I know, school governing bodies are taking the decisions, but they are often under pressure from parents, community members, teachers and/or students. The Congress of South African Students, which represents learners, wants schools closed, as does the National Congress of School Governing Bodies. The NCSGB’s position is the same as that of the main teacher unions, who say that schools should not reopen until Covid-19 has passed its peak.

With the context understood correctly, our data, from a nationally representative survey, seems less surprising. Participants were asked: “Schools have begun to reopen. Which one of the following sentiments comes closest to your views?” Three possibilities were offered: schools should reopen for all grades, to which 13% responded positively, schools should only reopen for Grade 7 and Grade 12, 21%, and schools should not reopen this year, 60%.

Why does this matter? At a level of policy decisions, the government has to make a very difficult choice: whether or not, and the extent to which, schools should be reopened. If they get it wrong, and teachers and parents are right, people will die unnecessarily. Further, the popularity of the government, including the president, has already declined significantly (the UJ/HSRC team will show this later), and a backlash will further undermine its credibility, creating a political crisis at the very moment the health crisis shows signs of accelerating out of control. South Africa is now fifth in the world for new Covid-19 deaths, fifth in the world for total cases, and fourth for new cases. At this moment, a political crisis can presage the kind of chaos that some analysts describe for Brazil. This is why rigorous, evidence-based public debate is so important.

So, why has the argument become so fraught, and it is fraught, as political contestation and social media exchanges attest? I offer two suggestions.

To start with, there is much at stake. The possibility of death and agony from Covid-19 is now alarmingly high (this has been the case in Cape Town for quite a while, but the suffering has spread). Everybody is experiencing some anxiety, but there is added stress for parents and learners (particularly those in their matric year). On the one hand, there is pressure to succeed academically plus, in many cases, worry about inability to pay school fees. On the other hand, there is recognition that, where there is a choice between staying at home and going to work or school or the shops, home is the safer bet.

Then, this awful dilemma plays itself out differently in different contexts, and the most important context is class. Together with colleagues, I published findings from Round 1 of our survey that demonstrated the importance of this. There are some obvious ways in which this now presents itself.

First, from available government statistics, hotspots are mostly in poorer urban areas, so learners, educators and other school workers living in these areas are at greater risk of infection, and at greater risk of spreading infection at school, or, on return from school, to family members.

Second, children at higher-fee schools are more likely to travel in the relative safety of a private car, and relatively less likely than those in township schools to walk or use increasingly dangerous public transport.

The significance of class is very clear in our present survey. Whereas 61% of adults on incomes less than R20,000 per month were opposed to opening schools, the figure for those earning more than R20,000 was just 41%. Thus, there are varying levels of threat, different experiences, and contrasting opinions, and these relate in large part to class.

It is important that we take this into account because it also shapes the way that academics and journalists interpret the situation. Our views are conditioned, in some measure, by our circumstances. I am no exception. Living in a suburb, I was initially taken aback by our 60% figure, and it was only by reflecting on what I had heard from friends living in townships and settlements that it made sense.

Class division in our highly unequal society has intensified under the impact of Covid-19 and lockdown, and it is very important indeed that our intellectuals and politicians understand the practical implications of this, not just the numbers.

Finally, some of Grootes’ thinking echoes that in the op-ed by Spaull. While it would be easy enough to rebut Spaull point by point, I will limit myself to one issue. He and Grootes make the assumption that closing schools for teaching means closing them for feeding (not that food is generally available at present). Actually, the reverse can be true – if the government so desires. Unburdening schools of responsibilities for teaching makes it easier for them – as well as other places – to be sites of orderly queues where there is space for physical distancing. This would make an enormous difference to the extent of hunger now being faced. DM/MC

Kate Alexander is a professor of sociology at the University of Johannesburg and holds the South African Research Chair in Social Change.