The Great Schools Argument: Data indicates that schools should not be closed 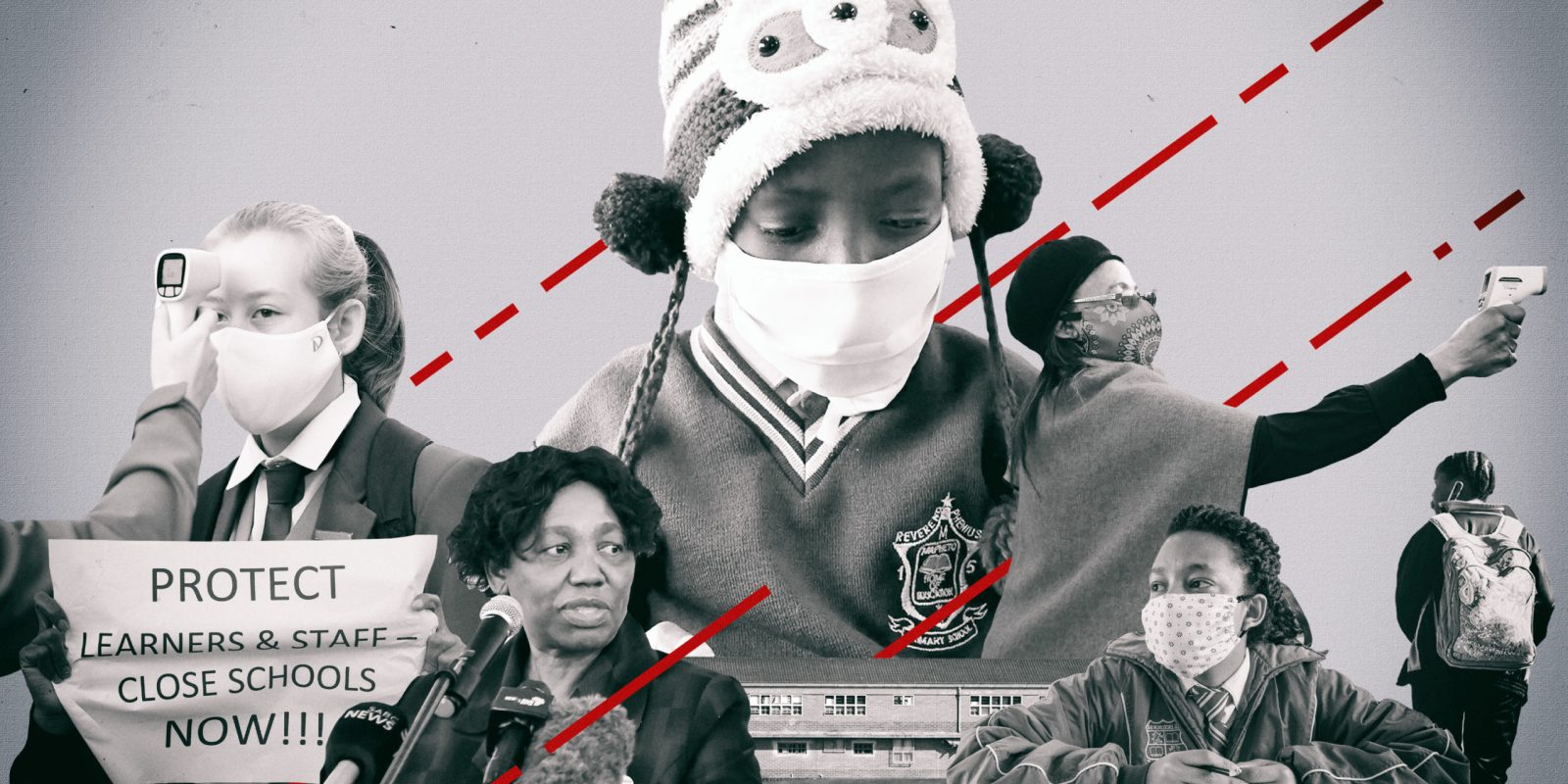 While there is still no national government decision on whether schools should close, great public anguish on the issue is there for all to see. There are convincing arguments on all sides of this debate, but the issue seems to be changing.

It now appears that this is a debate between fear and science, and both sides make valid points. It is between the legitimate and human feeling of watching your child walk into a school with a face mask, to fearful teachers, and listening to an expert. In the meantime, Basic Education Minister Angie Motshekga may be playing for time, hoping that as the data on infections at schools emerges, it will move public opinion in favour of keeping them open.

Over the last few days, this discussion appears to have changed in important ways.

First, there is more evidence from the experts about keeping schools open. The economist Dr Nicholas Spaull has written convincingly about why schools should stay open. Importantly, he changes the question: instead of asking about the “cost” of reopening schools, he suggests we should ask whether the benefits outweigh the costs.

Another way of putting it may be to ask: Do children receive more benefit inside school, or outside school, during this time?

This could change the game. Many experts, including Professor Jonathan Jansen, have said that the academic year is not worth saving. But that may not be the correct question. The correct question may be closer to Spaull’s benefit vs cost formulation.

Then there is the issue of school meals. Last week the High Court in Pretoria ruled that the Basic Education Department must reinstate the provision of meals in all provinces. This means that the other provinces will have to join the Western Cape in providing meals (the DA administration there kept the meals system running).

If children are gathering to receive meals (and the importance of meals cannot be overstated), why not let them gather to receive education, too?

In the meantime, Equal Education has said that it believes communities should fight to keep schools open for as long as they can. In other words, if schools have to close from time to time, that’s fine, but keep them open so long as children are receiving some form of meal and education.

Equal Education secretary-general Noncedo Madubedube also says that people should not believe that there is teaching and learning taking place in “black, working-class households”. She says their surveys have found that 80% of children want to go back to school, as they see school as a “place of safety”.

Meanwhile, there is more data coming from the schools and the grades that are open. And the fact that still more data is likely to come through might well be what Motshekga is waiting for.

The point that is being made here is that while teachers may be more vulnerable to the coronavirus in schools, so is everyone else who’s back at work. This leads to another question: if the argument is that schools should be closed to protect teachers, then shouldn’t every workplace be closed? Which rather neatly goes back to the question Motshekga reportedly posed to the teacher union Sadtu in consultations last week: If schools are closed, why must teachers get paid? Particularly while so many other people are not being paid because they have lost their jobs.

It might be easy to claim that these fears are irrational, but they are not. For people who do not have easy access to information and experts, who have been told for the last four months by the media to radically change their behaviour, to stay away from each other, to wash their hands and to wear face masks, it is entirely rational to be fearful for their children.

The next question, of course, is: What do parents want?

Here, the data from Gauteng may be important. Education MEC Panyaza Lesufi says 70% of matric learners are at school. He was quoted by News24 as saying that the Grade 6 recorded an attendance of 53%; Grade 7, 58%; Grade 11 over 61%; and Grade 12s an average of over 70%.

If that is the case for the grades that are open, then it would appear obvious that schooling must continue, with around three-quarters of learners at schools. Their parents have made the choice, and that choice must be respected. And it seems likely that the parents of children in other grades would follow their lead.

Motshekga could use more data like that from the Western Cape, which shows that teachers and learners are at no more risk from the disease inside school than they are outside school. As the current situation continues (with several grades at school, but not all of them), then her point may be proven in the end.

That would allow her and the Cabinet to get all the grades back into school.

However, there are still significant levels of fear in communities.

Parent after parent phones in to talk-radio stations to complain about this issue, to ask: “Why are we putting our children in danger?”, to decry the “silly need to finish the academic year”. For this reason, the government should not consider enforcing demands that children go back to formal schooling. Rather, the promise that was made that no parent would be forced to send their child back to school should be kept.

It might be easy to claim that these fears are irrational, but they are not. For people who do not have easy access to information and experts, who have been told for the last four months by the media to radically change their behaviour, to stay away from each other, to wash their hands and to wear face masks, it is entirely rational to be fearful for their children.

Certainly, our behaviour in displaying this fear is much more rational than what is happening in some other countries. In the US, despite the strong medical evidence, many refuse to wear face masks. In the UK, again despite the important evidence around face masks, people were fined for not wearing them on the London Underground from only three weeks ago.

If the scientists are right (and so far it appears they are) the data coming out of our schools may show that very few children and teachers become infected. That it is no more dangerous for a child or a teacher to be at school than being outside a school. If that is the case, Motshekga and the Cabinet will have strong reasons to keep children at school. And so far, parents are following their lead. DM

This story was updated post-publication to correct the percentage of learners returning in several grades in Gauteng. We apologise for the initial error.