Decision on schools looms, advice on isolation is revised and professional cricket comes back to life 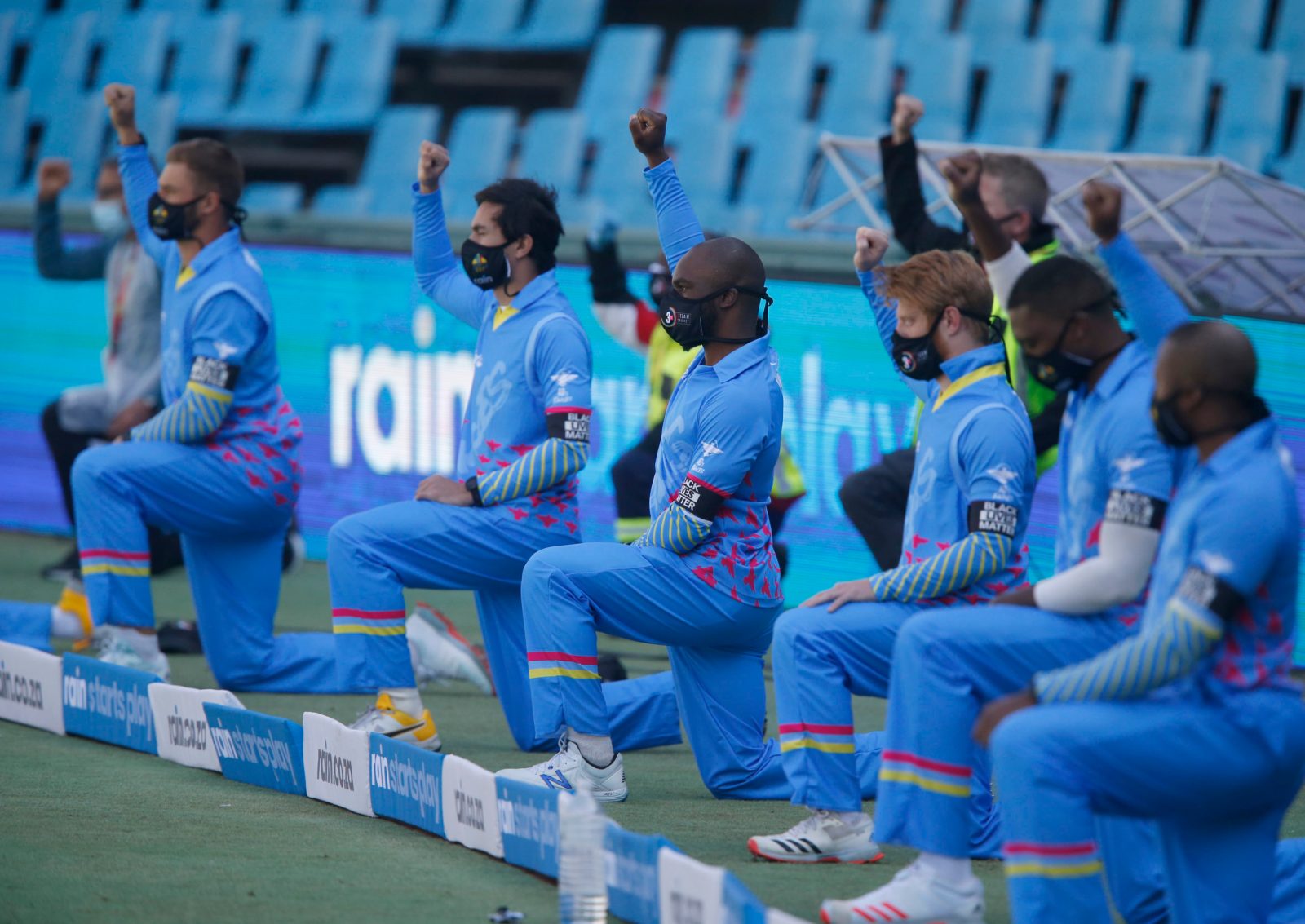 Basic Education Minister Angie Motshekga met the Cabinet over the weekend to discuss the way forward on schools amid an increase in the local transmission of Covid-19. Health Minister Zweli Mkhize revised the government’s recommendation of the isolation period, from 14 to 10 days. On Saturday, SA’s professional cricketers played a live match for the first time since lockdown began. At the start, they showed their support for the Black Lives Matter movement.

Scroll through the gallery below to view the latest Covid-19 numbers available on Sunday 19 July at the district level. All maps are sourced from provincial health departments; however, the Free State did not provide an update by the time of publishing:

Late on Sunday 19 July, a meeting between the Cabinet and Basic Education Minister Angie Mothsekga was still under way to discuss the proposal by teachers’ trade unions that schools be closed during the Covid-19 peak. Spokesperson Elijah Mhlanga said there was no sign of when a decision might be made.

The commemoration of Nelson Mandela International Day went ahead on Saturday – this year social solidarity had the necessary safe physical distance, masks and all. Photojournalist Shiraaz Mohamed shares scenes from around Johannesburg, while the Young Maverick Writers reflect on what the day means this year – a Mandela Day “like no other”.

Meanwhile, SA’s professional cricket players were back on the field to play a live match for the first time since the beginning of lockdown. The Solidarity Cup was also the debut of a new format, 3TCricket, and raised funds for those affected by Covid-19. At the start of the game, players and officials took the knee in support of the Black Lives Matter movement with fists raised and black armbands. As Yanga Sibembe wrote last Friday, the match was preceded by cricketer Lungi Ngidi’s call for South Africa to take up the Black Lives Matter Movement, which sparked a “robust conversation” in local cricket circles. Read his analysis here of why the match represented a “beacon of hope” for sport and BLM.

In Gauteng, a group of nine people attempted to steal personal protective equipment and cellphones from the cargo section of OR Tambo International Airport on Saturday. Police and security guards arrested seven of the group after a shootout which left four injured and two dead.

The government’s recommended isolation period for people who have Covid-19 has been reduced from 14 days to 10 days, said Health Minister Zweli Mkhize during a press briefing on Friday night.

Mkhize also gave an update on the department’s “Track and Trace system”. The SMS or WhatsApp-based self-service portal called COVIDConnect has been used to alert people of the result of their Covid-19 test and to provide contacts. It connects with those contacts, without saying who it was they interacted with recently that had tested positive. It also has the ability to recommend the closest quarantine or isolation facility and healthcare centre, and works as a screening tool.

Mkhize asked everyone to respond to these messages so that the system covers as many people as possible. Mkhize said the department had consulted with former Constitutional Court Justice Kate O’Regan to make sure the system is within the law when it comes to personal information, confidentiality and individual and data privacy. 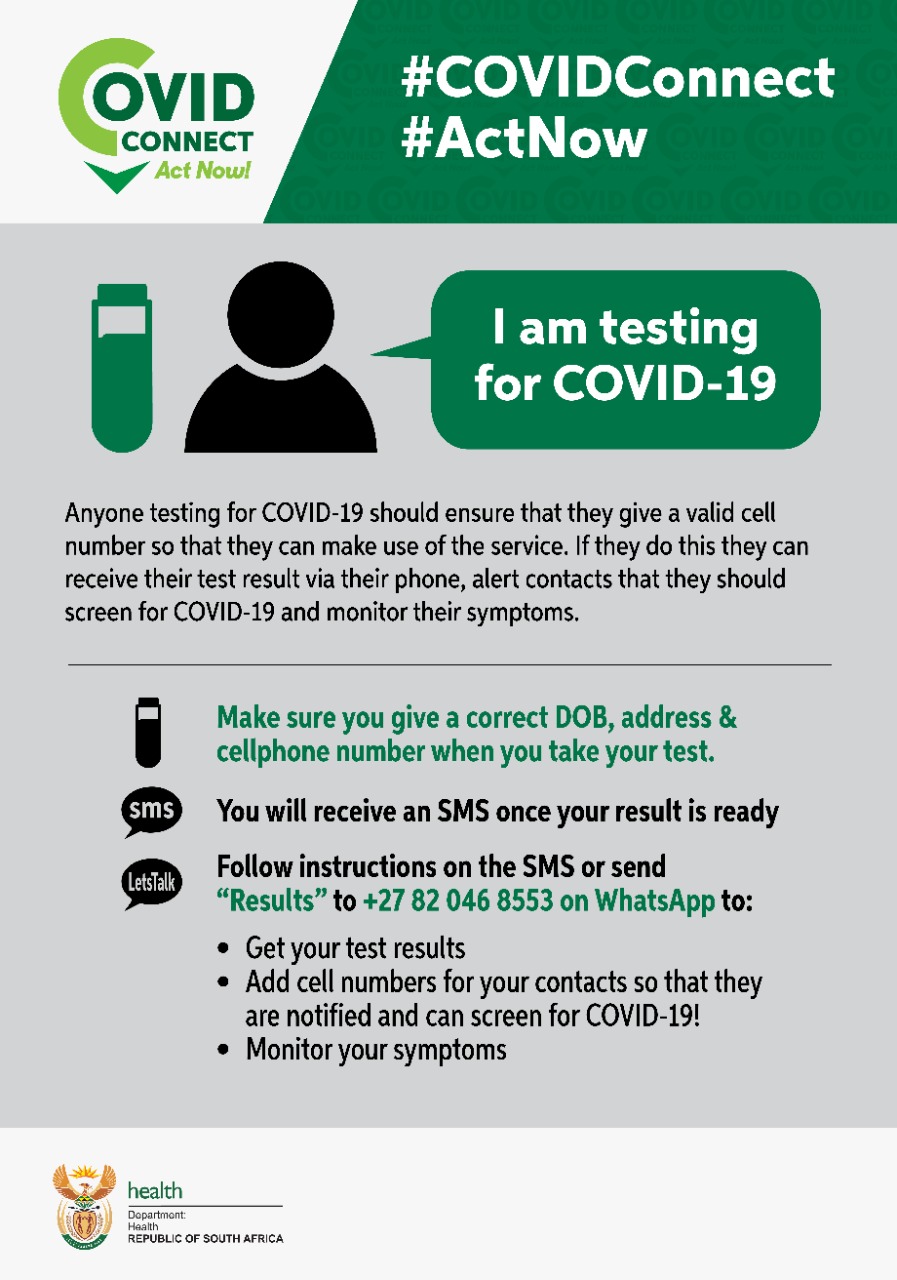 On Sunday, it was announced that South African casting director and agent Moonyeenn Lee had died the previous day due to Covid-19 complications. Her career spanned almost 50 years and she managed the casting in films including Tsotsi, The Bang Bang Club, Disgrace, Mandela: Long Walk to Freedom, Blood Diamond, Black Panther and Hotel Rwanda.

Moonyeenn Lee Associates wrote: “Moonyeenn helped shape the lives of many actors, directors and writers through her fierce honesty and passion. The South African film industry has lost an icon and a formidable champion of the arts. She will be sorely missed by us all.”

Meanwhile, News24 announced that it has filed an application for access to more than 70 advisories and accompanying notes and correspondence between the Ministerial Advisory Committee and the Department of Health, in terms of the Promotion of Access to Information Act. It also seeks more detailed data relating to Covid-19 in South Africa. DM/MC