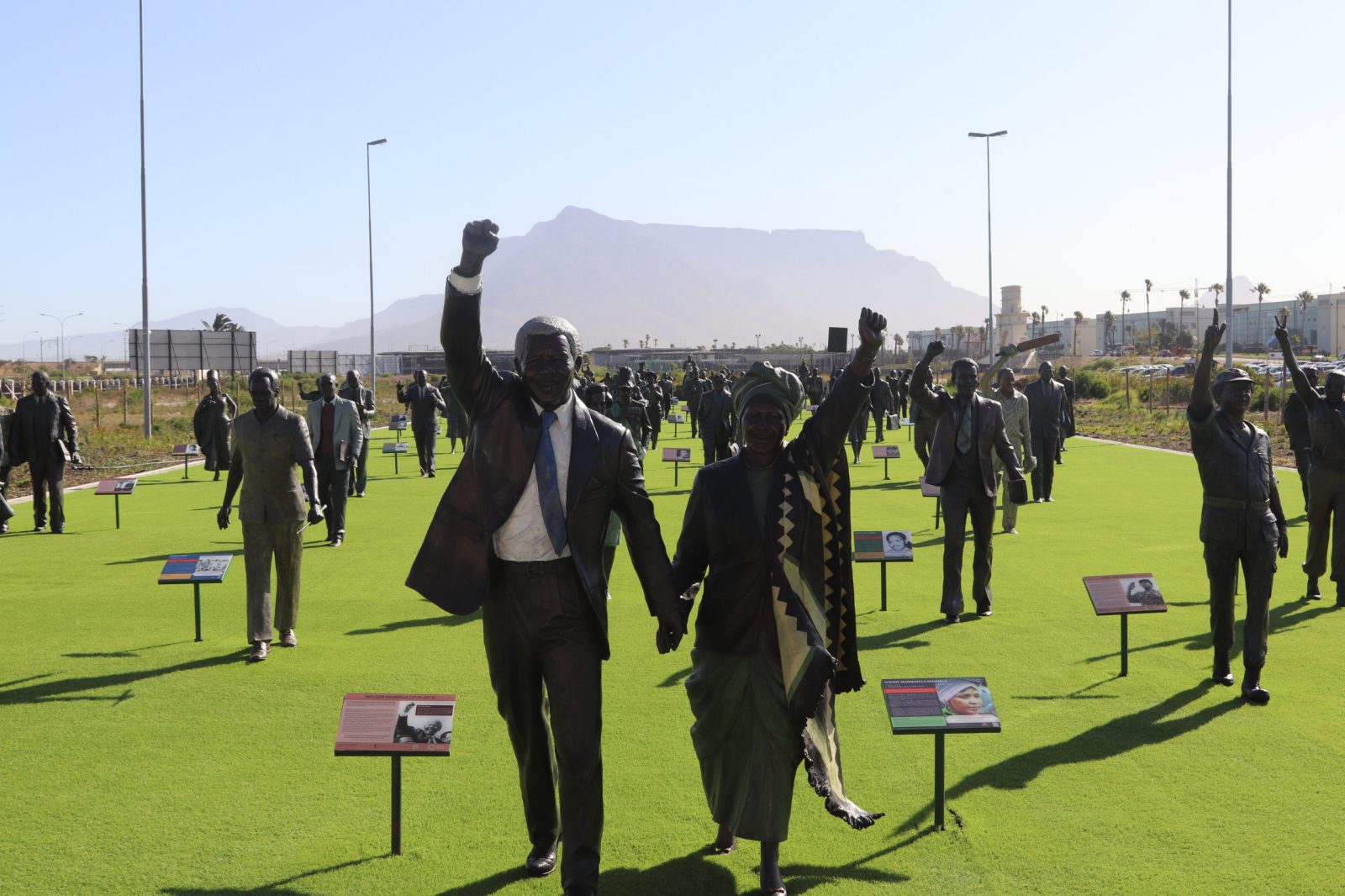 Mandela Day, as wonderful as it is, feels like a forced display of charity, writes Sandisiwe Shoba. This is the Long Walk To Freedom exhibition in Cape Town.

South Africa went into a hard lockdown on Friday, 27 March in the hope of blocking the spread of Covid-19. The lockdown was extended, then the country started slowly opening up. Currently, at Level 3 of lockdown, coronavirus cases have spiked, correlating with South Africans’ dwindling appetite for following regulations. These reflections are part of a weekly series that monitors stay-at-home life in various neighbourhoods.

Rondebosch, Cape Town: Mandela Day, as wonderful as it is, feels like a forced display of charity. The slogan “Make every day Mandela Day” is echoed each year, but the idea that once a year for 67 minutes we need to stifle our selfish tendencies and actually lend a hand to those in need makes me feel uneasy.

If this pandemic has taught us one thing it’s that our country has a poverty crisis. Hunger is rife, unemployment is ravaging our youth and the gap between the rich and the poor is sickening, to say the least.

A recent household survey showed that South Africa has been hit by a ‘triple pandemic’: in less than a month, three million people lost their jobs, before lockdown 21% of households reported that they ran out of money to buy food and black women bear the brunt of this heartbreaking reality.

The crux here isn’t that Mandela Day is a problem, the problem is that for 364 days of the year many of us are somehow blind to this tragic reality and need to be reminded to give. It shouldn’t be a question. We shouldn’t need campaigns like this as it should be an inherent part of our culture.

More so, each South African should be committed to toppling the systems that keep poverty alive. We’ve normalised poverty instead of viewing it as the injustice it is. Inequality is a faultline, not a natural part of our socio-economic landscape.

So this Mandela Day, of course we should lend a hand to organisations and people for whom this day is the perfect fundraising opportunity. Donate some cash, give away your unwanted goods, volunteer at a charity (wear a mask and maintain physical distance of course) but let’s bear in mind that this isn’t a once-off. Mandela’s legacy was one of continuous sacrifice, to emulate that is to honour him. – Sandisiwe Shoba

Welcome back cricket action on July 18

Johannesburg South, Gauteng: It’s just a couple of days before South Africans get a taste of some local cricket action after all activity was suspended following the enforced Covid-19 lockdown. It’s been almost four months since we were privileged to watch the likes of Quinton de Kock and Lungi Ngidi in action.

However, with the launch of the unique and ambitious Three Team Cricket (3TC) tournament set for 18 July, that longing for some live local sports action will be quenched.

Cricket South Africa (CSA) announced that they chose the date due to its significance as it is Nelson Mandela Day. It is even more appropriate because the funds raised from the exhibition match will be donated to those who have been impacted most by the coronavirus.

The match comes not long after Proteas pacer Ngidi made headlines with his vocal support of the Black Lives Matter movement. Ngidi received some backlash on social media – including from former Proteas players.

Many other former players and senior coaches have since come out in support of Ngidi’s position, and also shared their own experiences of racial discrimination while they were active in the South African cricket scene. This includes players like Ashwell Prince, and most recently Alviro Peterson.

In that light, and in true Madiba spirit, it is imperative that CSA continues its fight against all forms of discrimination within its ranks and structures. It is important that the organisation works selflessly to right the wrongs of the past that said black people were not good enough to play international cricket. Ideals that seem to shine through even after 26 years in this so-called rainbow nation of ours.

It is also important for the government to play its part. Black children will continue to feel like the sport of cricket is a foreign luxury as long as they still find themselves in schools which don’t even have adequate ablution facilities and where the money for school infrastructure is squandered regularly. – Yanga Sibembe

Cape Town: I was reminded by an editor earlier this week that this Saturday, 18 July, is Mandela Day – the one day of the year that we reflect on former president Nelson Mandela’s legacy. It’s also the day for fake photo ops by private sector companies and government departments alike, to pretend they’ve got the interests of the poor at heart. In South Africa, we have trampled and kicked Mandela’s legacy of sharing and caring for the poor and vulnerable.

In private sector workspaces, we have underpaid black workers in comparison to their lesser qualified white colleagues, we expose black workers to aggressions and worst of all, we continue to exploit black workers who are the foundation of our workplaces – the domestic workers, cleaners and security guards.

Our government has its own problems too: why are organisations like Equal Education and Section27 still fighting for basic school necessities such as proper buildings and safe toilets? Does it need to take 26 years to ensure that pupils have a safe space to relieve themselves? Does it need to take court orders to prove to a city that cares for you that evictions are illegal, inhumane and unethical?

This Mandela Day I am reminded that we do not deserve to brag about the legacy of Mandela and his cohorts like Winnie Madikizela-Mandela, Denis Goldberg, Ahmed Kathrada and Ashley Kriel who fought for this democracy. We don’t deserve the people who got injured during the Struggle, who lost their homes, their families and who still live with traumas and nightmares. We didn’t deserve people like Nelson Mandela and those who died wanting a better South Africa. – Suné Payne

Soweto, Johannesburg: Frustration with the lengthy lockdown in Gauteng is starting to show,  112 days into lockdown.

The dire situation in the province is exacerbated by constant power cuts. Several communities spend the freezing conditions in the dark. Eskom blames illegal connections for the damage to their transformers, which it says are very expensive to replace. Several communities have blocked roads and burned tyres, but returned home to darkness.

Recently, police fired rubber bullets to disperse Pimville residents who said they have been without power for six weeks. On Wednesday, Chiawelo residents blocked the Chris Hani Road between the Chiawelo Clinic and the Protea Gardens Mall with rocks and burning tyres. They said they have been without electricity for three days. Residents said they will start throwing away their food, which is briefly conserved by the cold weather conditions.

All this while the province battles rapidly rising cases of Covid-19, and the jobs bloodbath resulting from the economic slide becoming a reality. And, all this happens as the country mourns the loss of Zindzi Mandela, who died on Monday, 13 July at a Johannesburg hospital.

It is all happening two days before Mandela Day on Saturday, 18 July. This Mandela Day will be like no other. The need for giving is at an all-time high. South Africans are struggling for survival as the coronavirus tightens its grip on the country. – Bheki Simelane DM