Mandela Day: Amid hunger and hardship, many South Africans make a stand 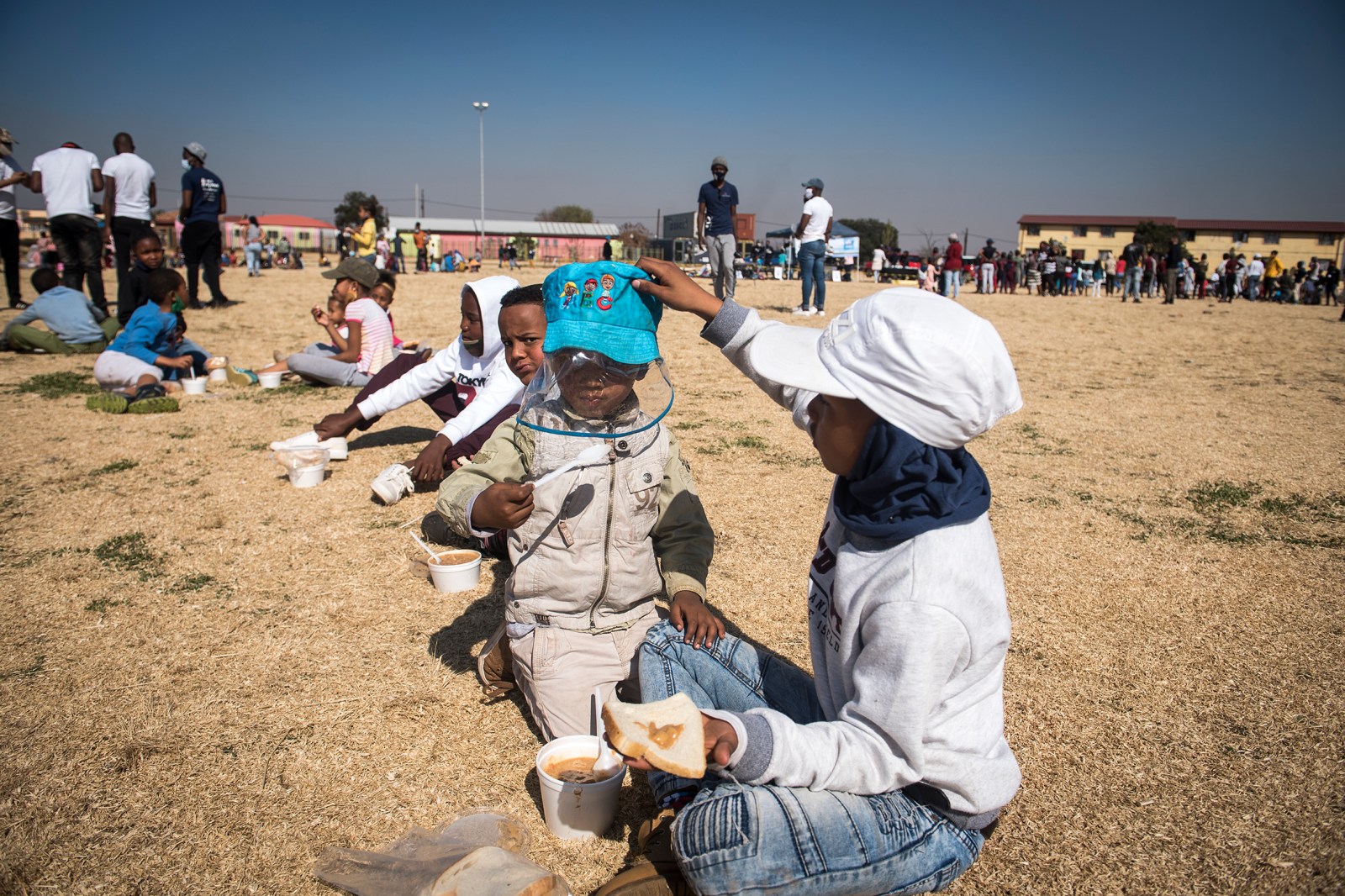 A boy straightens his brother's face mask cap to enjoy a meal provided by local organisations as part of Mandela Day in Eldorado Park, South of Johannesburg. (Photo: Shiraaz Mohamed)

Navigating lockdown restrictions and the devastating impact of the Covid-19 pandemic, South Africans commemorated the legacy of Madiba on Saturday. At the same time, upheavals such as shack demolitions continued apace. Here are some of the scenes from Johannesburg.

On Mandela Day on Saturday, July 18,  various organisations got together to feed local children In Eldorado Park, Gauteng. It proved to be a mammoth task, ensuring physical distancing, scanning temperatures, sanitising and recording the information of well over 200 children. Organisation members were overheard expressing concerns about adhering to physical distancing, but they seemed to manage with the system they had implemented.

The children, wearing face masks, waited patiently for their turn to collect their share of soup, bread, juice, cupcakes and other goodies.

Despite the uncertainty, the rising infection rates and the deaths, they were oblivious to everything happening, and they were content to sit in the sun and enjoy their simple meal.

But, 18 July 2020 was not all about celebrations, serving the less fortunate and inspiring change. Some of the residents of Nana’s Farm Informal Settlement, (an area bordering Eldorado Park), woke up to their shacks being demolished. Two people were arrested and many watched in disbelief as JMPD officials broke down shacks.

Francina (last name unknown), 35, said: “It is winter, I have no place to sleep tonight. I am going to take my two kids to the police station and see if we can sleep there.”

In the famous Vilakazi Street, Soweto, a group of youth marched down the road carrying banners and posters, singing anti-apartheid struggle songs. They stopped outside the Mandela house where they were met by other groups.

Participant Dorris Maja said: “Today is Mandela Day and we know this street is very popular and we know what the youth of 1976 did. We thought about the significance and the popularity of this street and decided to come here today and voice our concerns about gender-based violence.”

In Coronationville, west of Johannesburg’s city centre, residents sat on either side of the street as they waited to receive food parcels from the charity organisation, Hunger Has No Religion.

Posters of Madiba were hung up on the wall next to a makeshift banner depicting the name of the organisation. Children seemed restless as they waited their turn for food and a man wearing a Batman mask was seen talking to people.

Despite the economic meltdown, the increasing deaths and all the other negative aspects associated with Covid-19, many South Africans around the country displayed resilience and kind-heartedness that Tata Madiba would have made Mandela proud. DM