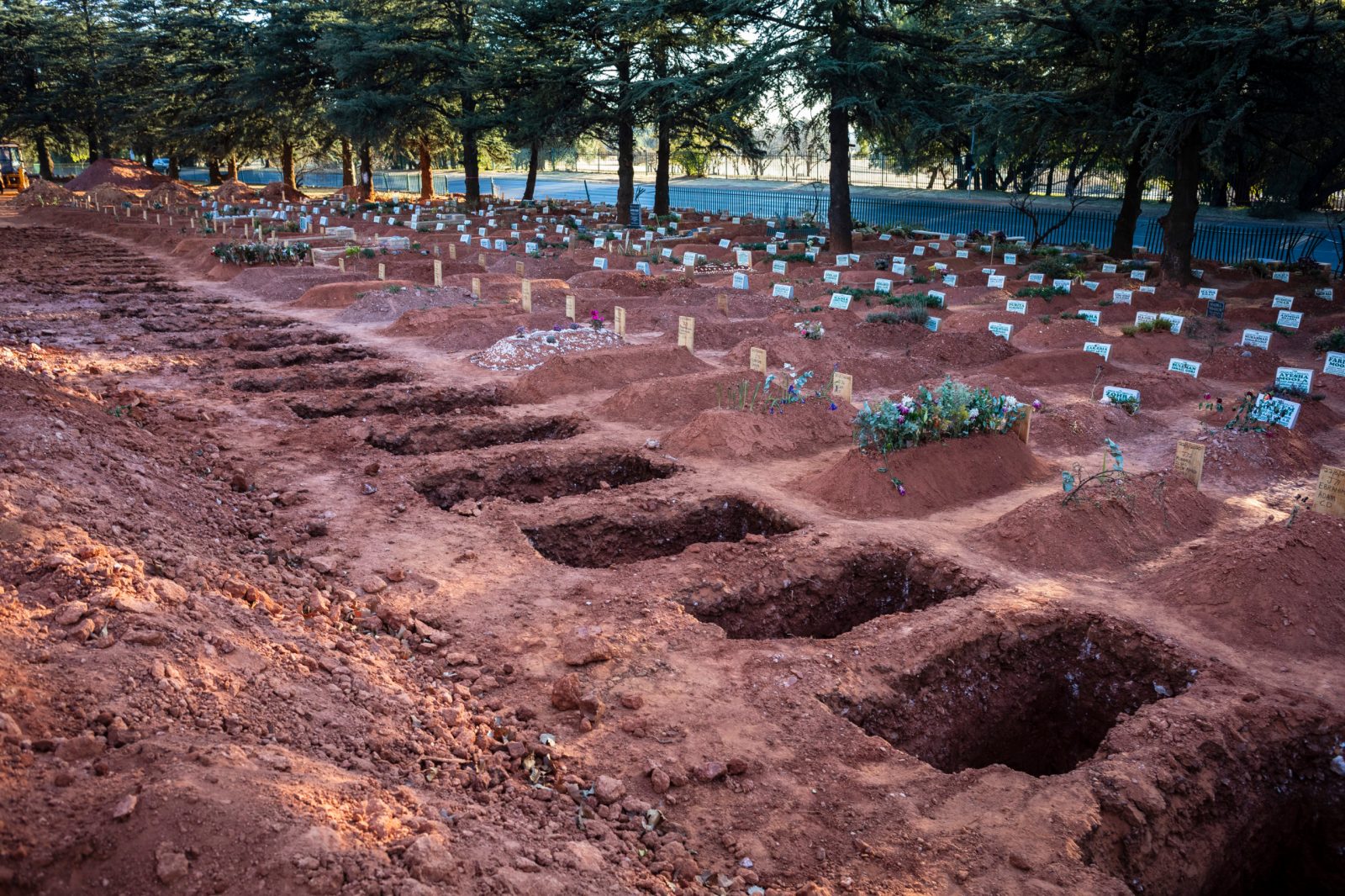 Graves in the Muslim quarter of Westpark Cemetery, Johannesburg, after health authorities ordered more to be dug in preparation for an expected surge in coronavirus-related deaths. (Photo: EPA-EFE / Kim Ludbrook)

On Thursday, the spotlight was on the tension between government officials, undertakers and families in Eastern Cape as restrictions around funerals became ever tighter. The City of Cape Town has been ordered to rebuild a home it demolished twice during lockdown. Meanwhile, Western Cape Premier Alan Winde is cautiously optimistic as the province’s Covid-19 numbers improve. And Transport Minister Fikile Mbalula gave more details on the new public transport regulations as Cosatu vowed to challenge them.

Scroll through the gallery below to view the latest Covid-19 numbers available on 16 July at the district level. All maps are sourced from provincial health departments; however, Free State did not provide an update by the time of publishing:

Last week, the Eastern Cape provincial government announced that attendance at funerals would be restricted to direct family and that it was compulsory that all bodies had to be tested for Covid-19. This is on top of national government restrictions, which have left many families fuming. As Estelle Ellis reports, there have been numerous cases where the tension and misunderstanding have boiled over. A health and safety officer was attacked for trying to ensure compliance at a funeral, while undertakers and families have had violent disagreements. Some have forcibly opened coffins and others have taken coffins into homes. Unease is growing over the increasing number of families who have reported they were given the incorrect body to bury. Traditional leaders in the province have requested more consultation over the regulations to find a solution.

The Western Cape High Court has ordered the City of Cape Town to rebuild the wendy house of Hangberg resident Ginola Phillips within 48 hours. The City demolished the house twice in June. Judge Gayaat Salie-Hlophe described the City’s actions as deplorable, inhumane, heartless and done with little regard for Phillips’ safety, security and health, especially given the Covid-19 pandemic ripping through the city. Vincent Cruywagen reports on the proceedings.

All public transport vehicles must be sanitised after every load and windows must be kept open at least 5cm on both sides, said Transport Minister Fikile Mbalula during a briefing. He added that the Department of Transport is liaising between the taxi industry and banks for repayment holidays and preventing the repossession of taxis. In addition, three more airports will be operating from 21 July 2020: East London Airport, George Airport and Kimberley Airport. 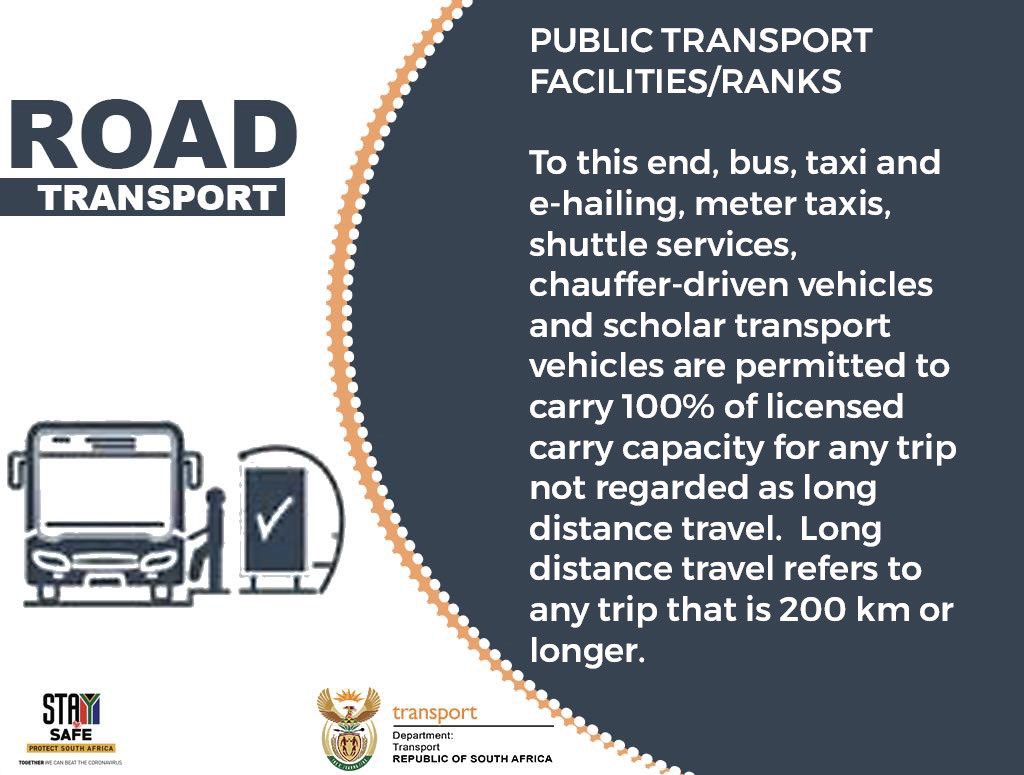 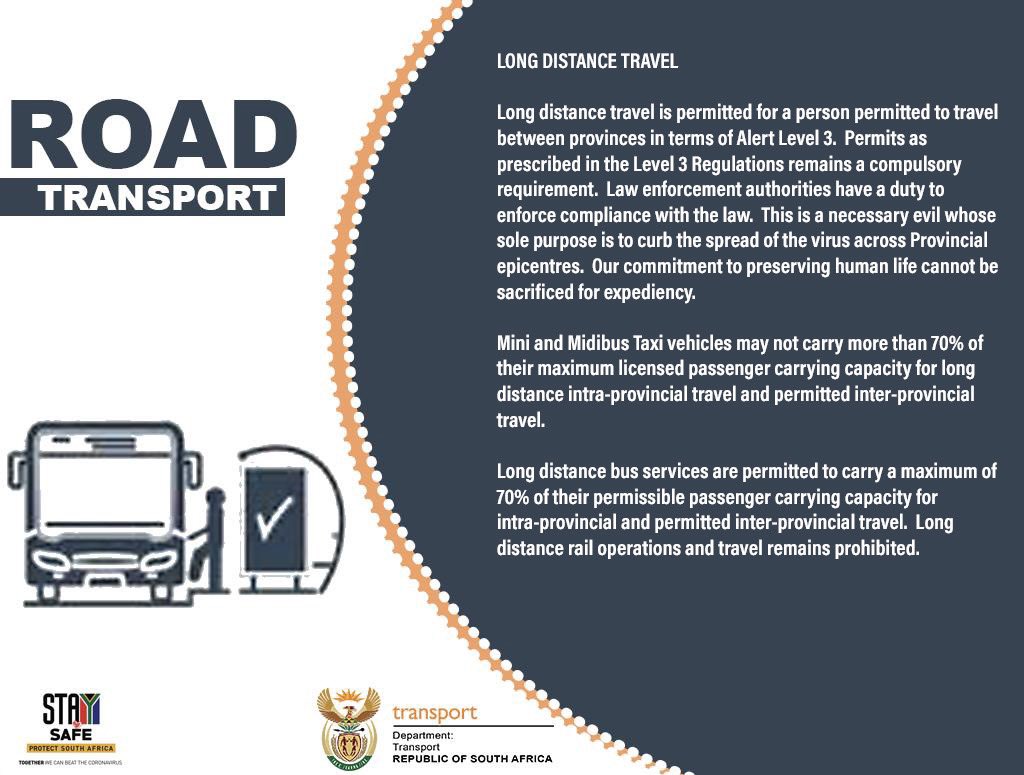 Meanwhile, Cosatu has expressed its intention to challenge the Department of Transport on its latest decision regarding the loading capacity of taxis. It says it is concerned that the new regulations will put workers’ lives at risk and says it might organise a strike if an agreement is not reached.

On Wednesday evening, President Cyril Ramaphosa held a second virtual public imbizo. He said that the government is going to consider the arguments made by teachers’ trade unions to reclose schools and that saving lives is more important than finishing the academic year. As Greg Nicolson reports, he also said it is a suspension, not a ban, on alcohol and tobacco products and that some rights need to be imposed upon in order to save lives “when you’re in a war”. 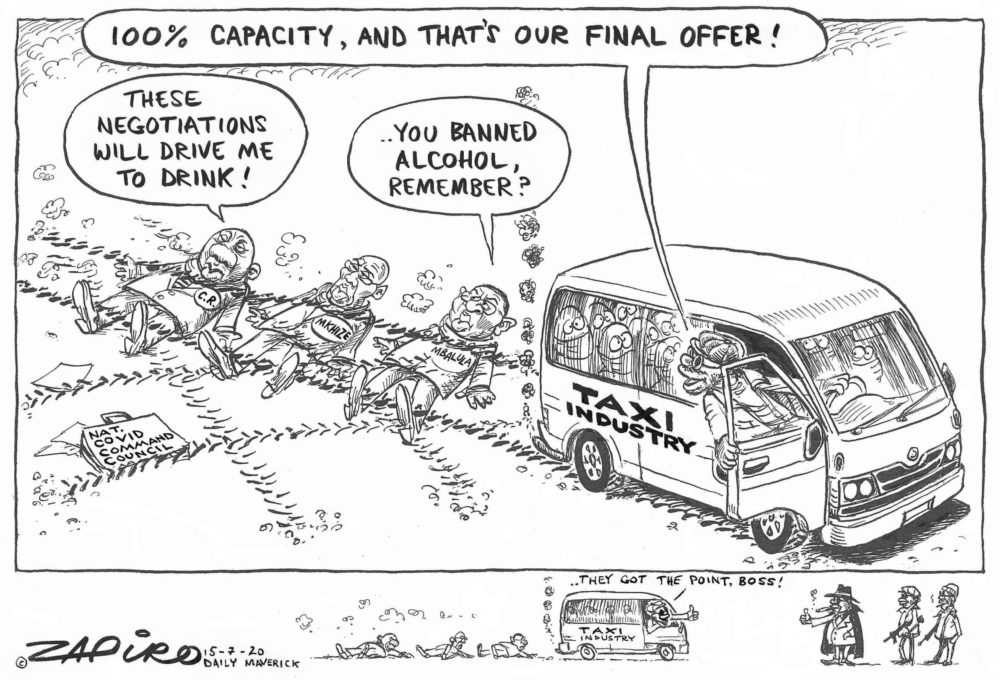 Meanwhile, the Western Cape provincial Health Department has come out in support of the ban on alcohol sales. The head of the department, Dr Keith Cloete, said the lift of the ban had put a strain on hospitals because alcohol-related trauma admissions rose as Covid-19 cases did too. He said that between April and May there had been a 50% reduction in the number of alcohol-related hospital admissions.

As Suné Payne writes, the department is concerned about the drop in TB/HIV screenings, immunisations for children, appointments and surgeries. Cloete said there is an urgent need to address the non-Covid-19 service backlog. Some good news, however, is that the rates of infection, hospitalisation and deaths have started to stabilise in the province – new data shows the peak will be longer, later and flatter.

Premier Alan Winde has also said there are signs that Covid-19 is easing in the province, with a possible decline, but that it is “simply too early to say the worst is over” and the province is still in the midst of the pandemic.

Thursday was day 112 of lockdown, and just two days before Mandela Day. Young Maverick Writers continue their weekly series of reflections monitoring stay-at-home life across South Africa. In this edition, they mull over what Mandela Day means right now as the country sinks deeper into inequality. DM/MC