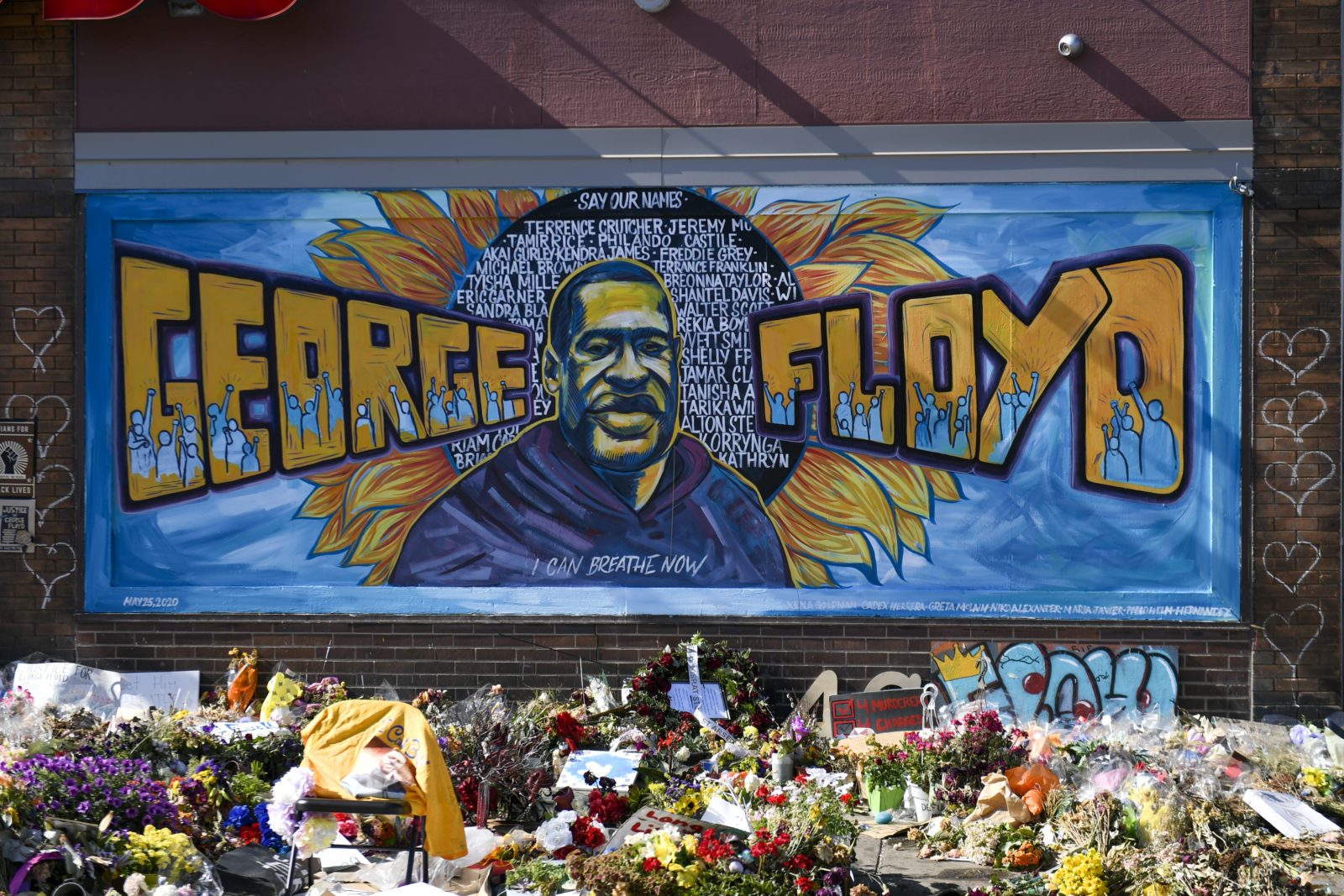 epa08473930 People continue to bring flowers and lay them at the mural near the intersection of 38th and Chicago where two weeks ago George Floyd was arrested and later died in police custody, in Minneapolis, Minnesota, USA, 08 June 2020. A bystander's video posted online on 25 May, appeared to show George Floyd, 46, pleading with arresting officers that he couldn't breathe as an officer knelt on his neck. The unarmed black man later died in police custody. EPA-EFE/CRAIG LASSIG

July 9 (Reuters) - The former U.S. police officer charged in the death of George Floyd told him to stop shouting and save his breath as he knelt on his neck and Floyd gasped for air, according to a newly released transcript of police body camera footage.

The death of Floyd, a Black man, in police custody on May 25 led to anti-racism protests and demonstrations against police brutality across the United States and around the world with protesters calling for racial equality and police reforms.

“Tell my kids I love them. I’m dead,” Floyd said during the nearly nine minutes that the officer knelt on him as he went lifeless.

Floyd pleaded for help as he was pinned to the ground, according to the transcript made public on Wednesday as part of a motion filed in the Minneapolis state court.

“I’m through, through. I’m claustrophobic. My stomach hurts. My neck hurts. Everything hurts. I need some water or something, please. Please? I can’t breathe officer,” he said.

Derek Chauvin, the officer who knelt on Floyd, replied: “Then stop talking, stop yelling, it takes a heck of a lot of oxygen to talk.”

Chauvin, who is white, was arrested on May 29, four days after Floyd’s death. He has pleaded not guilty to charges of second-degree murder and manslaughter.

Three other former Minneapolis police officers, who are white, Black and Asian American, have been charged with aiding and abetting in the case.

At one point, one of those officers, Thomas Lane, suggested that Chauvin roll Floyd on his side, according to the transcript.

“No, he’s staying put where we got him,” Chauvin responded.

All four of the officers have been fired from the Minneapolis police department. None of them entered a plea during a brief hearing on June 29.

The transcript was made public as part of an effort by Lane’s lawyer to have charges that he aided and abetted Floyd’s murder thrown out by a judge, according to U.S. media. (Reporting by Shubham Kalia and Kanishka Singh in Bengaluru Editing by Robert Birsel)