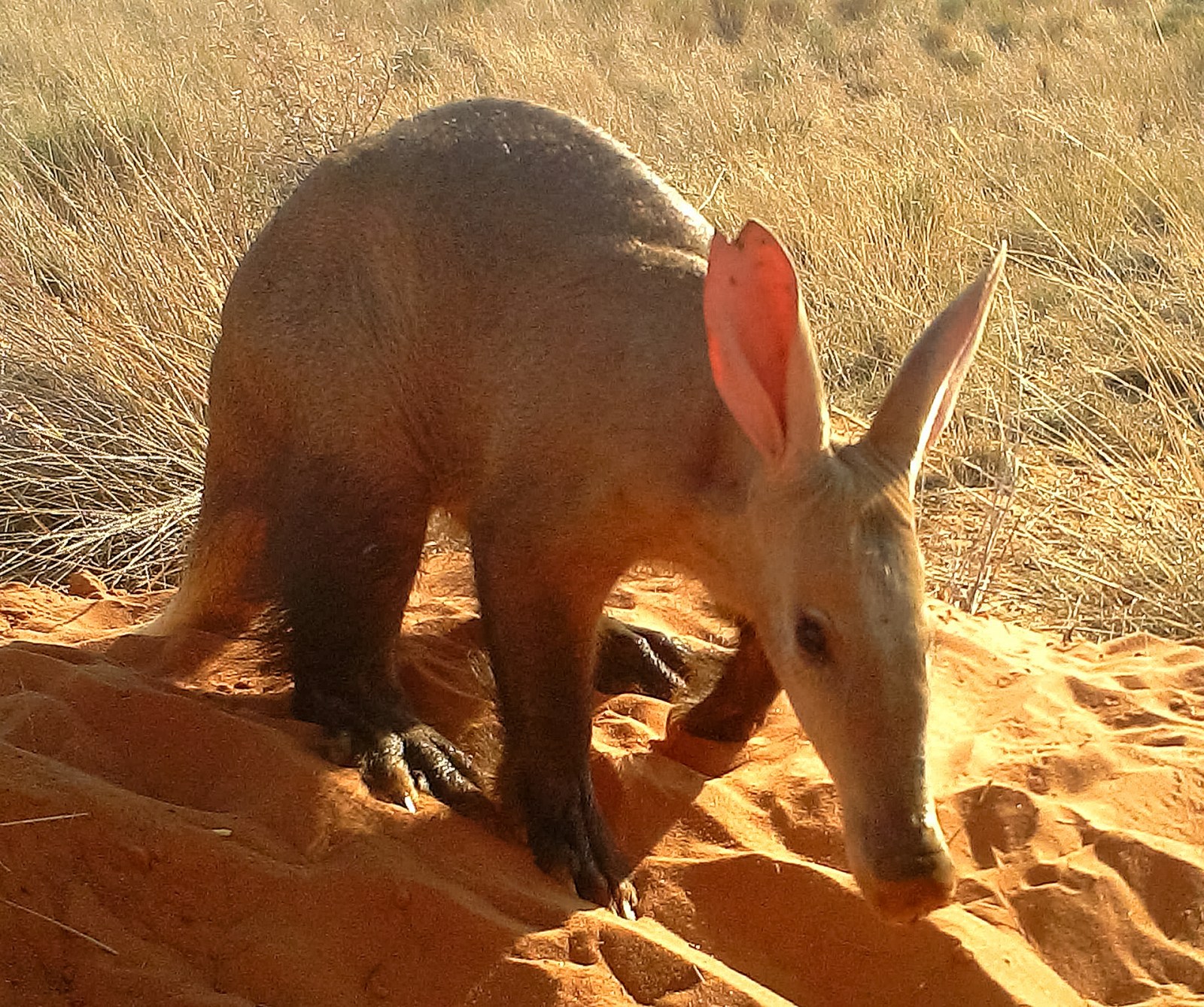 The secretive aardvark is increasingly being spotted in the daytime. (Photo: Wits University)

New research confirms that extreme droughts amid the deepening climate crisis are forcing nocturnal aardvarks in the Kalahari to feed and forage when the sun’s up — but even so, their ant and termite food sources are dying out as the vegetation they survive on is affected by the droughts.

Increased daytime sightings of the aardvark may offer wildlife watchers a rare glimpse of the secretive creature, but scientists are warning that this shift in behaviour is a red flag that not all is well for the nocturnal mammal.

Dr Nora Weyer, a former Wits University researcher, led a study into the adaptive drought responses of aardvark in the Tswalu reserve in the Kalahari between 2012 and 2015. Her research, which was the basis of her PhD, focused on 12 individuals fitted with biologgers and transmitters recording the animals’ body temperature, rate of activity throughout a 24-hour period and their location.

Weyer used satellite imaging showing the effects of drought on the vegetation and matched these with her data on how the aardvarks’ behaviour and body temperature were being affected by their environment during these periods.

The findings from that research have now been published in the journal Frontiers in Physiology. It confirms that increased periods of drought and hotter and drier climatic conditions are affecting these mammals both directly and indirectly. Aardvarks, which call sub-Saharan Africa home, have to find new ways to conserve energy to stay warm at night and the deepening climate crisis is also impacting on vegetation growth in the Kalahari. This, in turn, is affecting the availability of the aardvark’s prey of ants and termites.

The research team, that included scientists from the University of Pretoria and the University of Cape Town, found that as drought conditions became more severe the nocturnal animals emerged more frequently from their burrows in the daytime. They relied on radiant energy to stay warm as they foraged and fed. Temperatures in the Kalahari in winter can plunge to well below freezing at night.

Weyer, now based in Germany, says:

“The animals living in the Kalahari are already living at the limit of what they can cope with and while they have been always been able to adapt to ensure their survival in the past by feeding in daytime, it may not be sufficient in the future as droughts are lasting for longer periods and occurring with greater frequency, which is affecting vegetation, which is affecting the aardvark’s prey of ants and termites.”

In the paper, the authors, which include Weyer’s supervisors and other co-workers, point out that in semi-arid zones with summer rainfall, such as the Kalahari, the timing and amount of rainfall is critical in ensuring vegetation growth and replenished food sources like ants and termites. It also notes that summer droughts combined with heatwaves are becoming a more frequent reality in the region.

“What we do need is more wild spaces, more wild corridors for animals to move as climate patterns from area to area shift and we need greater awareness into just how species like the aardvark are being forced to the limit of how they can adapt.”

Weyer says while aardvarks are considered animals of “least concern” in terms of conservation status, the animals she followed were clearly affected by starvation as droughts persisted. She says an added pressure for the species is their slow reproductive rate. They have a seven-month gestation period and give birth to one offspring at a time. Weyer adds that the potential loss of aardvark in the Kalahari area ecosystem would have dire impacts on other animals.

“Animals like pangolins, blue swallows and bat-eared foxes shelter and live in the burrows and tunnels that aardvarks make, so we are talking about whole ecosystems that are affected,” she says of the animals that are called “the ecosystem engineers”.

Dr Robyn Hetem, one of Weyer’s co-authors on the paper and one of her PhD supervisors at Wits, says the findings gave them long-term comprehensive data “that confirmed that it was really drought that was causing this unusual shift in behaviour”.

The researchers say it paints a concerning picture of the impact of climate change on a unique and harsh ecosystem like the Kalahari. Hetem adds:

“We do need more research to help us identify how different species in the Kalahari are being affected as climate change pressures grow and for this to inform our conservation strategies.”

Hetem is part of the Wits Wildlife Conservation Physiology Lab. She adds: “There isn’t a quick fix to climate change but this research does show how we need to be stepping up our responses to limit carbon emissions from policies through to the choices such as when we choose to use our cars.

“What we do need is more wild spaces, more wild corridors for animals to move as climate patterns from area to area shift and we need greater awareness into just how species like the aardvark are being forced to the limit of how they can adapt.”

Researchers from the Wits Lab are undertaking new research into how other animals in the Kalahari that rely on termites and ants as a food source, such as pangolins, are being affected as well as studies into the climate change impacts on the bat-eared fox. DM