Indonesia seeking its own COVID-19 vaccine amid worry about access 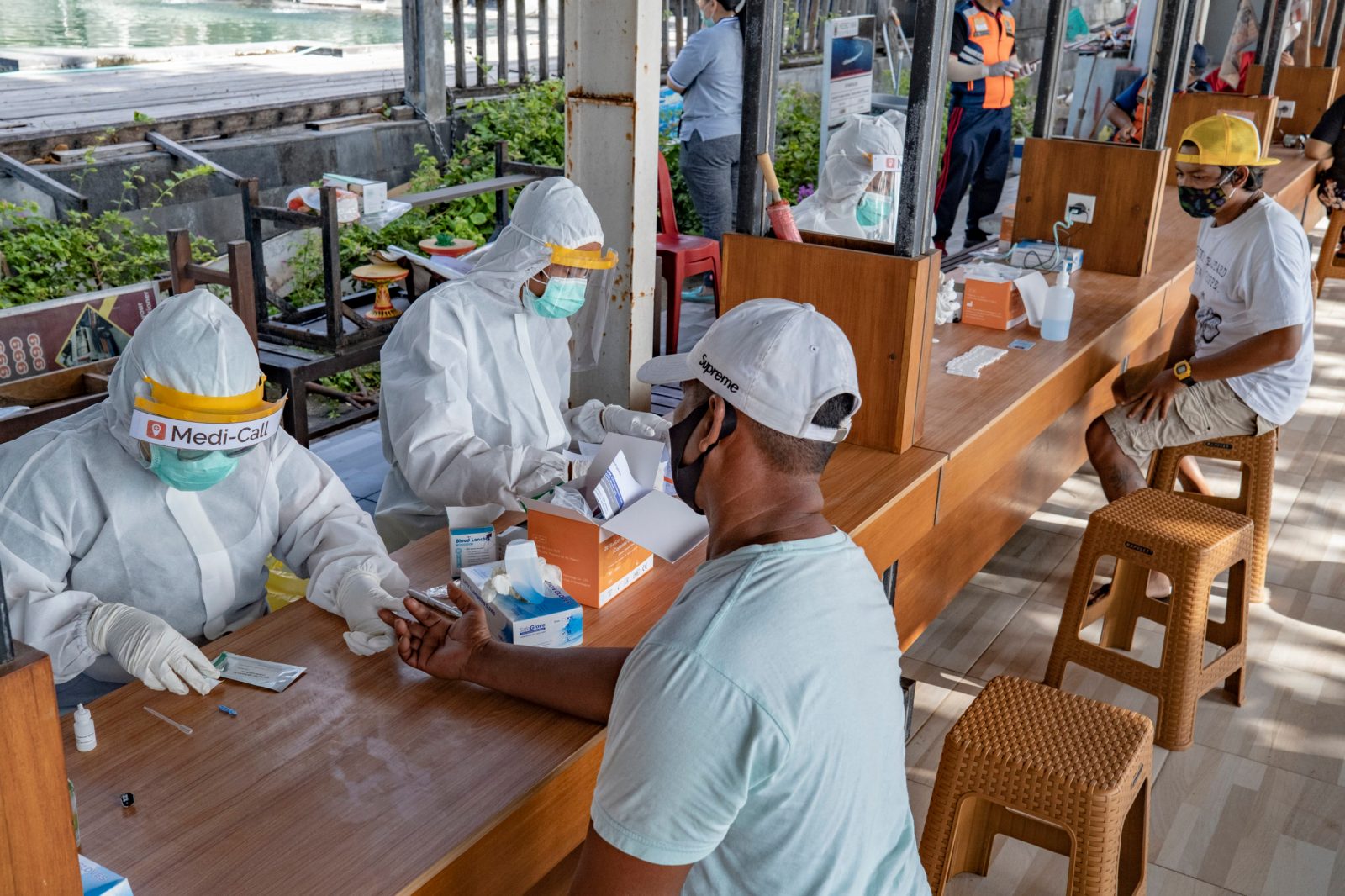 epa08511489 Healthcare workers wearing protective suits conduct a rapid test for coronavirus in Denpasar, Bali, Indonesia, 27 June 2020. The Indonesian government has imposed a new set of regulations known as 'new normal', which are being implemented in stages that began in early June for some provinces. Provinces that have either reported no new COVID-19 infections or are reporting a significant drop in infection numbers can reopen businesses while adhering to health code protocols. EPA-EFE/MADE NAGI

July 2 (Reuters) - Indonesia is working to produce its own COVID-19 vaccine next year, amid growing anxiety that developing countries could have difficulty getting access to a future jab, the head of Indonesia’s national COVID-19 research team said Thursday.

“The production capability and capacity of biotech companies in the world is, we know, limited, and global supply chains also have challenges,” Ali Ghufron Mukti, head of the innovation team at Indonesia’s research and technology ministry, told a streamed press conference alongside the country’s foreign minister.

“Therefore, it is necessary for Indonesia to develop its own COVID-19 vaccine. And it will be by Indonesia, from Indonesia, to Indonesia,” he said.

“We are using our theory and we are optimistic that in the year 2021 and early 2021, this will be finished in the laboratory,” he said, adding state-owned firm Bio Farma could conduct trials in the second half of next year.

Indonesia’s Foreign Minister Retno Marsudi has in recent months spoken about the need for developing countries to have access to any future vaccine, amid concern that rich countries would try to corner a limited supply.

Such concerns increased this week, when the United States announced it had bought up most of the global supply of Gilead Sciences Inc.’s drug remdesivir, shown to speed up recovery times from COVID-19.

The pandemic has sparked a race to find a vaccine, with more than 100 in development and around a dozen already being tested in humans.

On Thursday, Mukti also outlined efforts underway between local and foreign pharmaecutical companies to mass produce a vaccine in Indonesia. A COVID-19 Vaccine Development Team has been tasked with guaranteeing the availability of a vaccine nationally within the next 12 months.

Honesti Basyir, the director of Bio Farma, told Reuters in late June it was working with Chinese firm Sinovac on a vaccine which would enter the third phase of clinical trials in humans this month. If the trial is successful, it could start production in the first quarter of next year with a minimum 100 million doses.

With a population of more than 265 million, Indonesia estimates it would need more than 352 million shots of a two-dose vaccine.

On Thursday Indonesia recorded 1,624 new coronavirus cases, the highest daily rise so far, taking the total numbers of cases to 59,394.