The poor lose again: Impact of Covid-19 on Africa 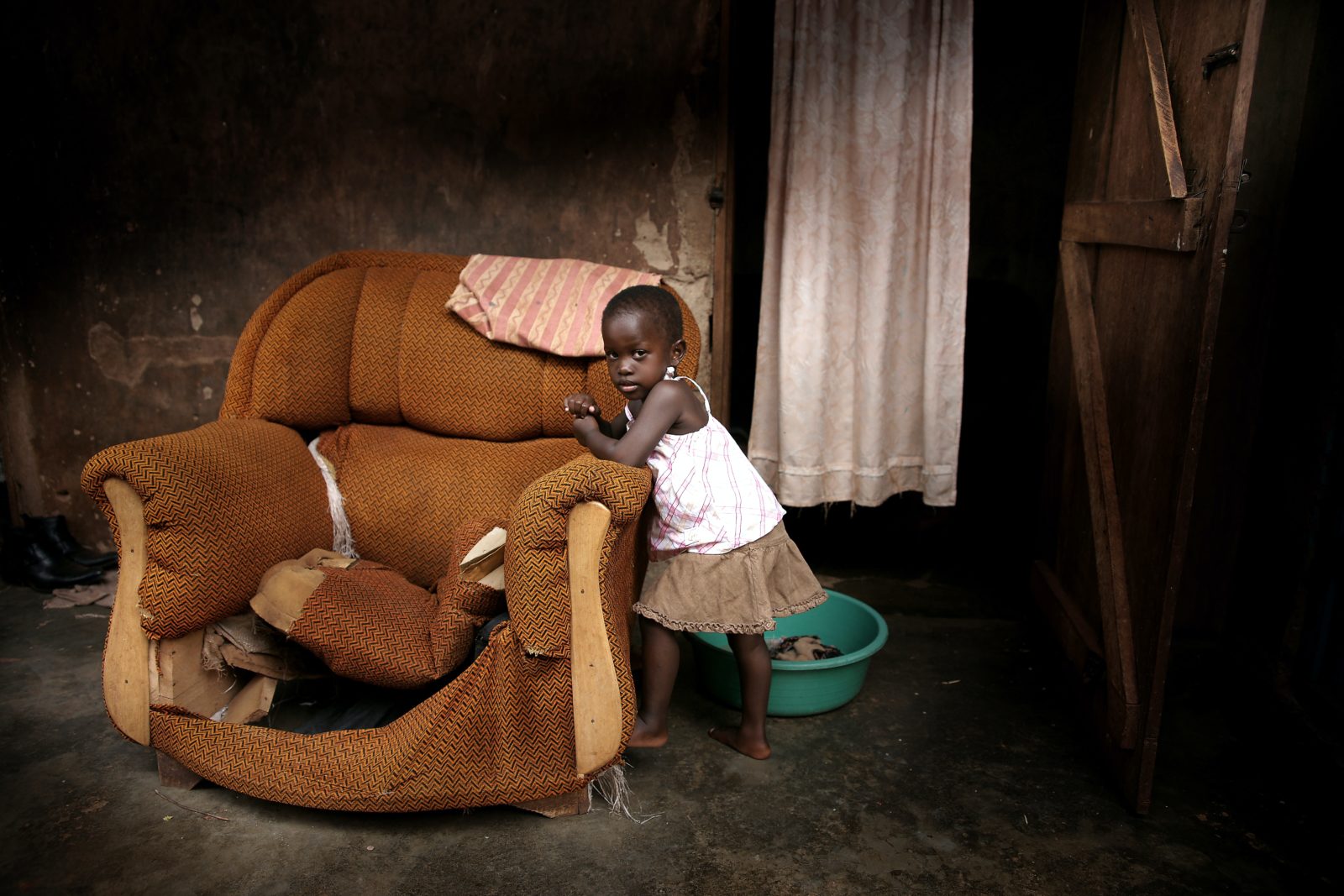 (Photo by Bill Wegener on Unsplash)

Extreme poverty rises in all scenarios modelled in a new study of Africa’s development trajectory.

The impact of Covid-19 is usually measured in rates of infection, deaths, jobs lost and the hit on national economies. But there’s another metric – the surge in extreme poverty – that describes the most severe effect of the pandemic on people in Africa. While recession, infections and hospitals dominate the current daily headlines, the personal economic consequences of the virus are what will linger.

To measure progress towards the goal of eliminating extreme poverty by 2030, the World Bank defines extreme poverty as living on income of less than $1.90 per day. This year the virus will probably push an additional 12 million Africans below this threshold. The forecast will increase to an additional 26 million people if the crisis extends into 2021, according to a new report by the ISS, Gordon Institute of Business Science (GIBS) and Frederick S Pardee Center for International Futures at the University of Denver.

The study uses the International Monetary Fund’s April 2020 growth forecast, mortality data from Imperial College in London and additional data on African responses to the pandemic. It models three scenarios on the likely impact of Covid-19 on Africa’s economic growth, per capita income, poverty and Sustainable Development Goal (SDG) targets.

Africa’s development trajectory has suffered a severe setback. The headline goal of the SDGs is the elimination of poverty, but extreme poverty rises in all of the report’s Covid-19 scenarios, and African growth rates are significantly below what is required to alleviate it.

The World Bank agrees. It calculates that the 2020 downturn will likely increase sub-Saharan Africa’s poverty rate by at least two percentage points, returning the continent to 2015 poverty levels and effectively wiping out five years of progress.

Africa’s rapid population expansion, projected to grow from 1.34 billion today to 1.71 billion by 2030, has long been recognised as a factor offsetting development progress, since it is not accompanied by sufficiently rapid and inclusive economic growth.

We have to look at the health, economic, social and political consequences of Covid-19 as a series of entwined phenomena. The pandemic threatens Africa in a number of ways, reflected schematically in the accompanying figure. 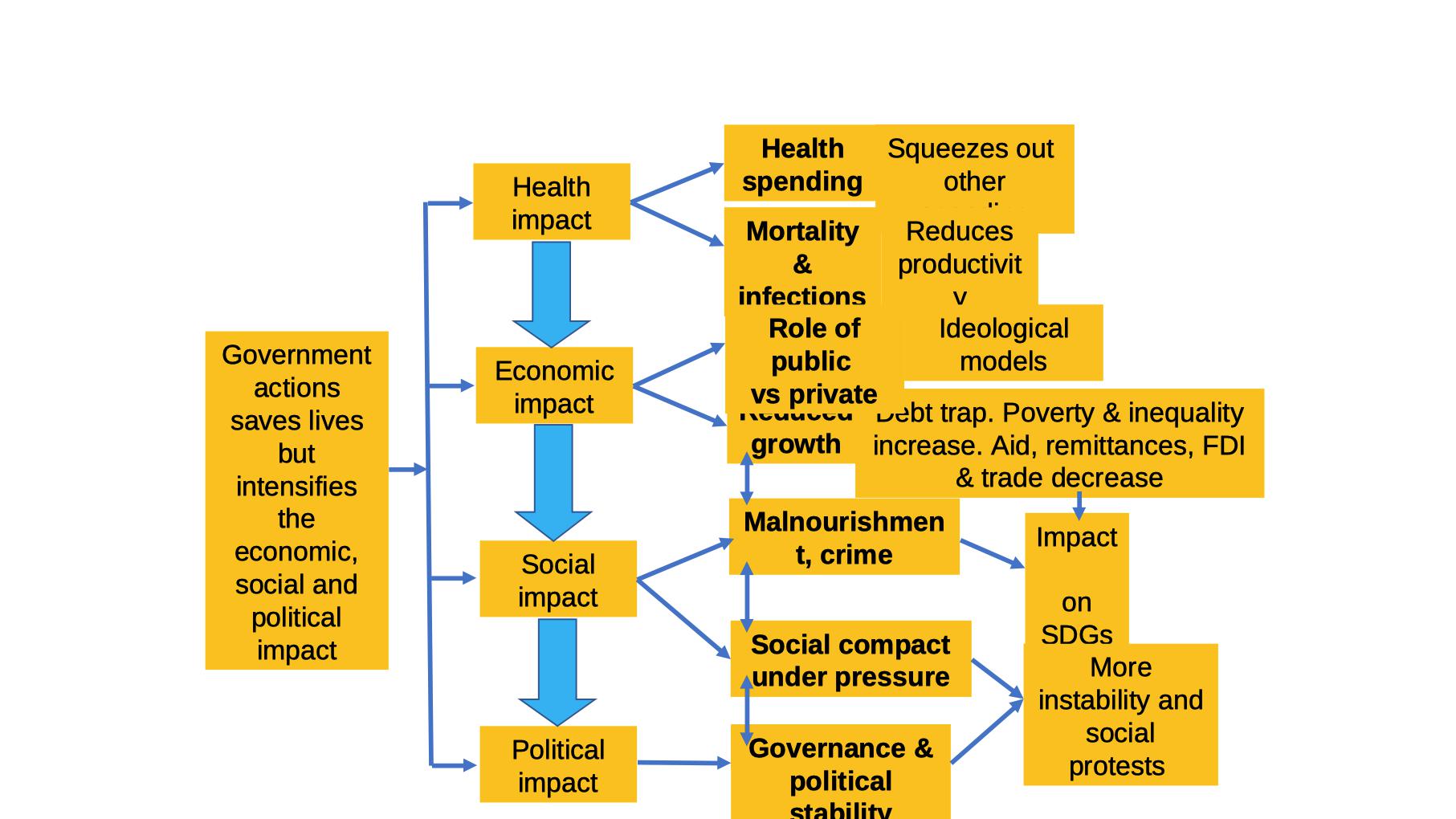 The immediate health impact, measured in infections and deaths, is well known and widely reported. But efforts to combat the potential health effects of Covid-19 spark an economic, social and political chain reaction. This ultimately reduces the global growth that drives the longer-term consequences of the virus on the continent. The proportion of Africa’s undernourished population is set to increase, and infant mortality will by 2030, be three times higher than the UN’s 2030 target in the SDGs.

Covid-19 afflicts older people most severely. The disease is expected to have relatively low mortality rates in Africa compared to other regions. While Africa benefits from its younger population, this is offset by its comorbidities like tuberculosis and HIV/Aids. In addition, vulnerabilities caused by poverty, poor nutrition, weak healthcare systems, crowded settlements, and inadequate access to clean water and sanitation are likely to lead to higher death tolls, offsetting the demographic age advantage.

In our scenarios, we use Imperial College estimates that between 350,000 and 1,450,000 additional deaths in Africa may be attributed to Covid-19 in 2020, but likely much less thereafter. Our study forecasts an additional 1.8 million to 5.3 million deaths in Africa by 2030 as a consequence of the pandemic, many of them due to indirect effects.

Once the pandemic itself subsides, mortality generally results from lower government revenues, particularly the impact of reduced health spending. Government revenues in Africa are estimated to drop in 2020 by $45-billion from the pre-Covid forecast, and public and private health expenditure will decline by $3.7-billion.

Malaria, HIV/Aids, tuberculosis and maternal mortality all increased in Guinea, Liberia and Sierra Leone after the Ebola crisis of 2014 to 2016 that diverted resources away from basic health care. Every year about 700 000 Africans die from Aids, and slightly fewer from malaria, but over five years this mortality may increase by up to 36% if the pattern is repeated.

Africa has been seriously affected by a crisis not of its making. The disease has exaggerated existing challenges, forcing governments to contend with factors beyond their control and make agonising decisions with limited resources as they experience increased debt and a decline in growth prospects.

Once again it is the poor who suffer most. There will be many more poor people, and they are the most vulnerable to the next crisis, whether it’s climate change, a pandemic, conflict, or an unforeseen catastrophe. DM