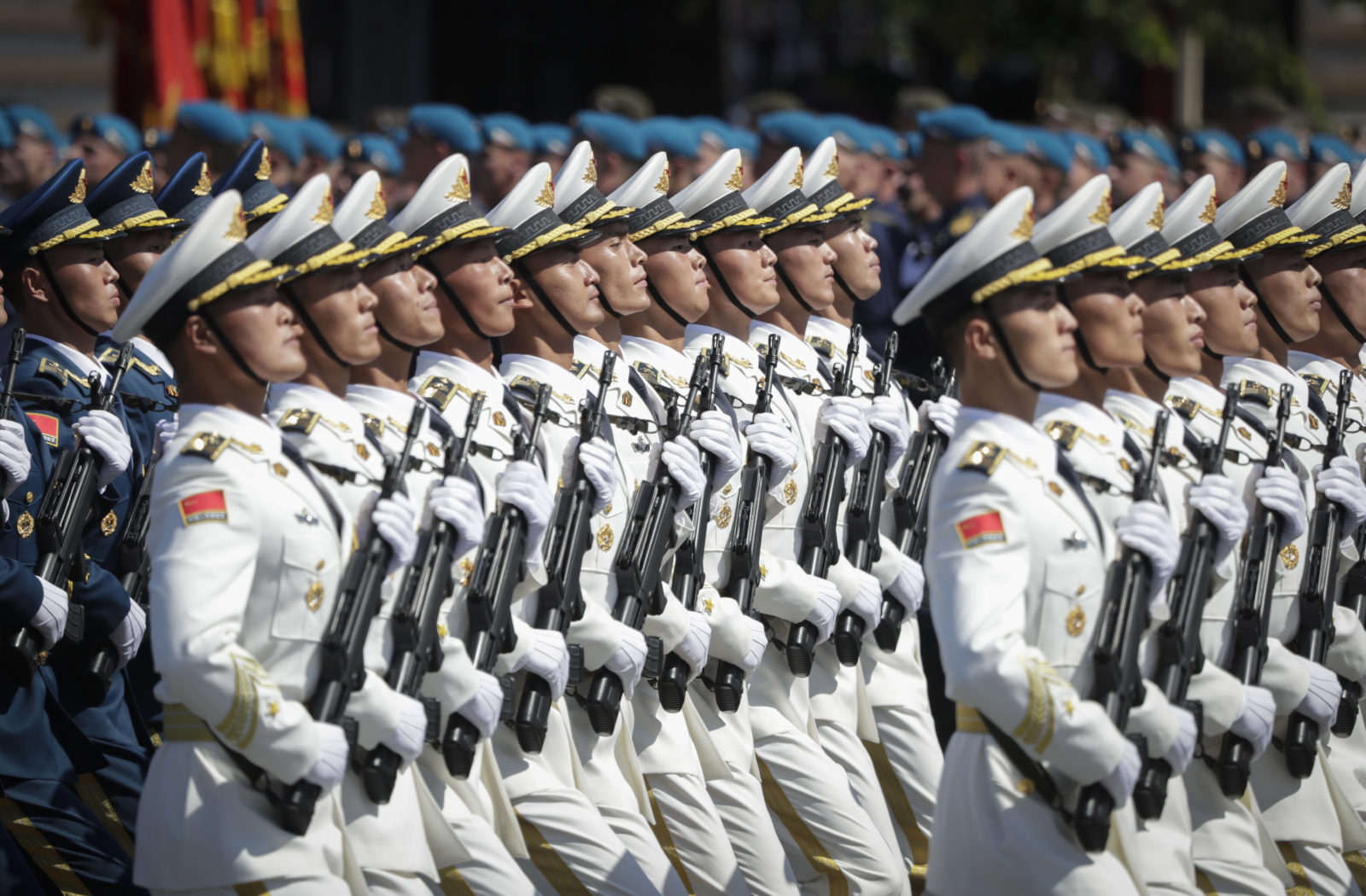 epa08505673 Soldiers from China's People's Liberation Army march during the military parade marking the 75th anniversary of the Nazi defeat in WWII, in the the Red Square in Moscow, Russia, 24 June 2020. The Victory Day parade normally is held on May 9, the nation's most important secular holiday, but this year it was postponed due to the coronavirus pandemic. EPA-EFE/PAVEL GOLOVKIN / POOL

BEIJING, June 29 (Reuters) - China's military has received the greenlight to use a COVID-19 vaccine candidate developed by its research unit and CanSino Biologics after clinical trials proved it was safe and showed some efficacy, the company said on Monday.

The Ad5-nCoV is one of China’s eight vaccine candidates approved for human trials at home and abroad for the respiratory disease caused by the new coronavirus. The shot also won approval for human testing in Canada.

China’s Central Military Commission approved the use of the vaccine by the military on June 25 for a period of one year, CanSino said in a filing. The vaccine candidate was developed jointly by CanSino and a research institute at the Academy of Military Science (AMS).

“The Ad5-nCoV is currently limited to military use only and its use cannot be expanded to a broader vaccination range without the approval of the Logistics Support Department,” CanSino said, referring to the Central Military Commission department which approved the military use of the vaccine.

CanSino declined to disclose whether the innoculation of the vaccine candidate is mandatory or optional, citing commercial secrets, in an email to Reuters.

The Phase 1 and 2 clinical trials of the CanSino’s vaccine candidate showed it has the potential to prevent diseases caused by the coronavirus, which has killed half a million people globally, but its commercial success cannot be guaranteed, the company said.

No vaccine has yet been approved for commercial use against the illness caused by the new coronavirus, but over a dozen vaccines from more than 100 candidates globally are being tested in humans. (Reporting by Roxanne Liu and Ryan Woo; Editing by Miyoung Kim and Ana Nicolaci da Costa)

Adapting your workplace to the 1.5m economy