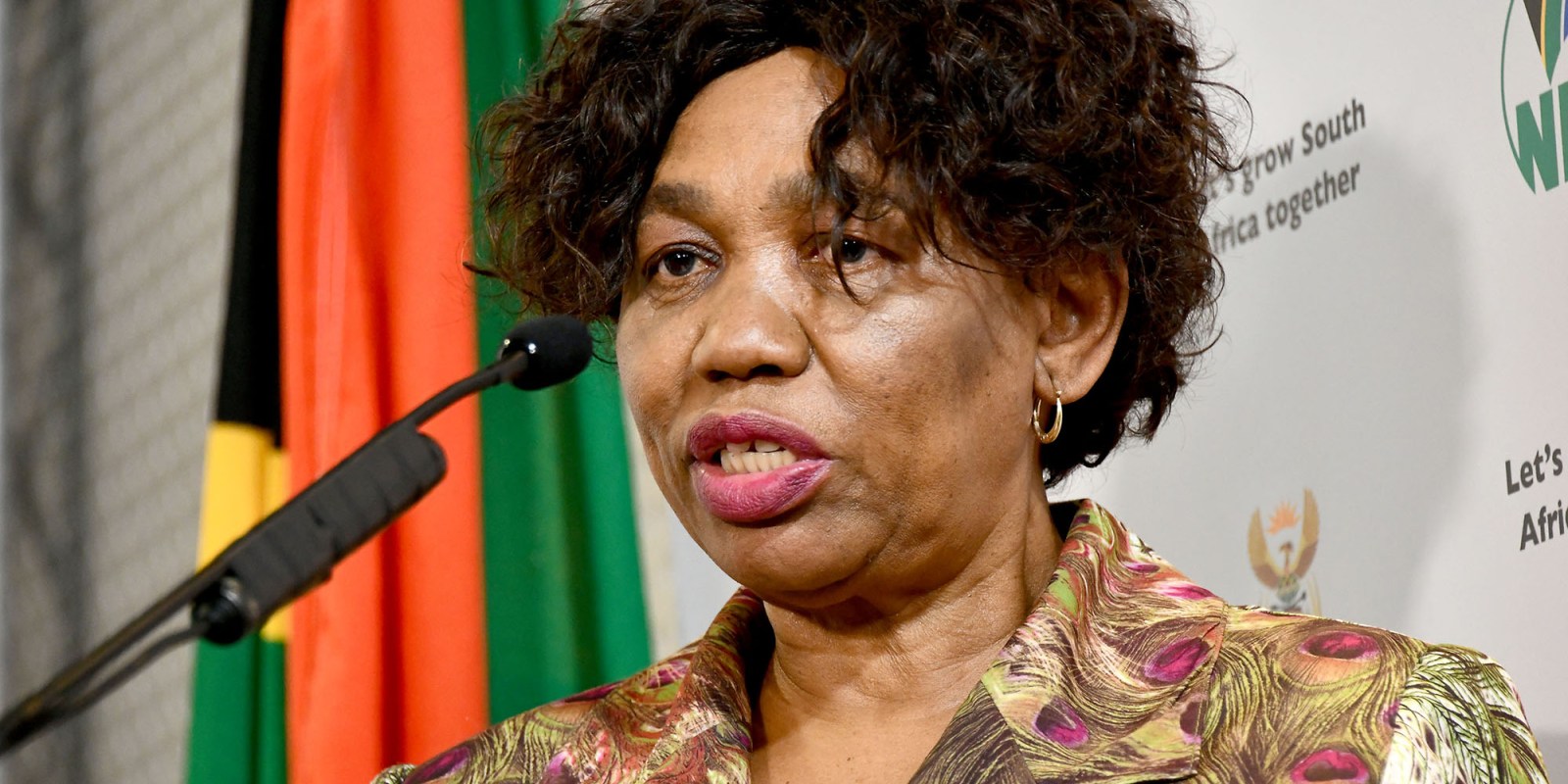 Basic Education Minister Angie Motshekga has backed her department’s decision to reopen schools amid a steady rise of Covid-19 infections in schools.

Of the number of schools that reopened on 8 June, a 98% overall class attendance was noted at South African schools.

Basic Education Minister Angie Motshekga said this is testament to parents’ support of the department’s decision to reopen schools.

“Parents have responded. The very people who are directly affected are supporting the move. They would have not sent 98% of their children to school if they were in doubt of the rationality of reopening schools.”

The minister was briefing the National Council of Provinces (NCOP), at a time when there are mounting calls for the department to abandon its decision to reopen schools after a significant number of schools across SA recorded positive Covid-19 cases.

In the Western Cape alone, Education MEC Debbie Schäfer confirmed at the minister’s briefing that more than 700 educators and 88 learners had tested positive for coronavirus in the province since schools reopened. With more than 50,000 confirmed cases, the province accounts for most of South Africa’s positive coronavirus infections.

“It is heartbreaking to get 10 to 20 inquiries per day from parents regarding when there is a positive case at schools. That schools don’t close down, tracing of [contacts] is not done properly, when you ask principals questions…they reply ‘we are waiting for the department to get back to us’.”

Motshekga was resolute that outbreaks in schools are handled the same way that an outbreak would be handled in sectors outside of education.

“Even in Parliament, there are 10 staffers who have tested positive. You treat schools the same way that you will treat [any other place]. These are steps that have been prescribed by the health department,” she said.

Schäfer said approximately 30 schools are closed every day in the Western Cape because of outbreaks, but reopen within a day or two depending on how swiftly the school can be decontaminated.

“Most schools that have reported cases [did not have] more than one case, which indicates to us that infections are not spreading at schools,” she said.

Motshekga said that school closures resulting from reported positive Covid-19 cases will become normal and the department will not backtrack on its decision to reopen schools.

Gillion criticised the department’s handling of the application process for educators with comorbidities, saying that many educators had applied through the relevant channels but had not received a response.

The majority of MECs in attendance during the plenary session, including the minister, turned to the behaviour of teachers when declaring comorbidities after some allegedly submitted falsified medical reports confirming their illness and risk.

“We are investigating other letters where doctors have given people letters, but there is doubt whether indeed the person’s [illness] is [so] uncontrollable that they can’t come to work,” Motshekga said.

She pleaded with educators to follow the correct procedure when declaring their comorbidities, which includes sending an application to the provincial departments declaring through a doctor’s report that they will be at risk if they return to work under the current circumstances. Provincial departments approve the applications – but until such time educators cannot stay at home.

Teacher unions, the department and the Education Labour Relations Council (ELRC) signed a collective agreement on 30 May containing processes that must be followed when handling the issues of educators with comorbidities.

The agreement noted, amongst other illnesses, type 2 diabetes, severe hypertension, severe obesity and chronic lung problems as high-risk illnesses; and educators over the age 0f 60 who have one or more of the listed illnesses are at high risk.

The Northern Cape MEC for Education, Collen Jack, said an educator had died in the province after contracting the coronavirus. Maverick Citizen reported how the death of an educator in Cape Town could have been avoided if provincial officials heeded a colleague’s warning that Yomelela Primary School had a positive case of Covid-19.

Statistics presented by the provincial departments of education show that a plausible number of teachers declared comorbidities. In Western Cape 1,200 educators submitted applications to declare their comorbidities, and the number is expected to increase. In Gauteng, 1,078 educators applied, and in Limpopo, there were 773 applications as of 25 June, of which 423 were granted with a concession by the provincial department.

Motshekga also confirmed that all provinces had resumed the school nutrition programme for all beneficiary learners.

A court application was submitted to the North Gauteng High Court by Equal Education and Section27 representing SGB members who sought to have the court declare that the minister was in breach of a constitutionally recognised obligation by not feeding all learners.

Subsequent to this, Daily Maverick reported that Eastern Cape’s provincial department of education had instructed schools to start feeding learners on 22 June.

“We have started feeding those learners who are not at school and have agreed with schools that they must feed children in the neighbourhood if it’s a schoolchild for those that travel [long distances],” Motshekga said.

Despite the mounting calls for schools to close again, especially in Western Cape, Motshekga said:

“I don’t expect us to go back to normality in the next two years. We are going to [continuously] close and open schools. We can’t run away from coexisting with this virus and life has to go on as normal under the difficult conditions… we are moving forward to phase in other grades”. DM