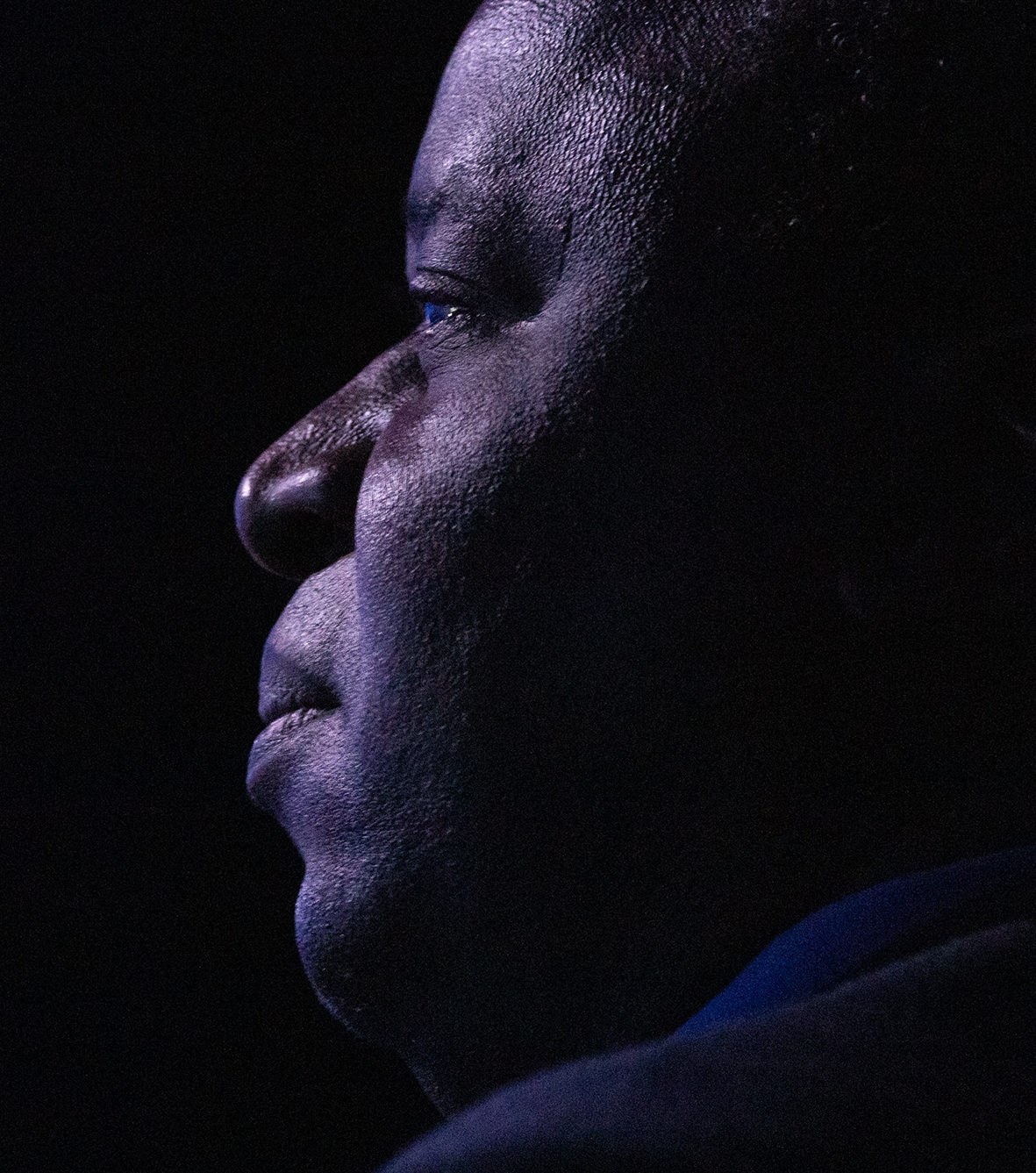 South Africa faces one of those weeks when finance, politics, policy and politicking collide.

Joblessness even before the Covid-19 hard lockdown shot up to just short of 40% on the expanded definition that includes all those simply too disheartened to even try to look for a job, according to Statistics SA reporting on the period of January to March 2020.

It’s set to get worse during the second quarter of 2020 from April to June, coinciding with the Covid-19 hard lockdown. The full account of businesses forced into closure, and job losses remain outstanding – even as economic growth is forecast to contract to -7.1%.

“We have unexpectedly lost four large units to unplanned breakdowns, while the return to service of another two generation units has been delayed,” the power utility said.

There’s unlikely to be much relief, if any, on the local government front when the auditor-general briefs the National Council of Provinces (NCOP) on the state of local government.

A repeat is widely expected of previous years’ tales of wide-ranging financial bungling, contravention of statutory and regulatory prescripts and failures of political and administrative leadership. In the 2019 audit, just 18 of South Africa’s 257 councils had clean audits or unqualified opinions without any findings.

And yet, jobs and local government, specifically the District Development Model, are central to President Cyril Ramaphosa’s administration, alongside infrastructure-led economic growth.

“… [T]he coronavirus pandemic has made infrastructure investment even more compelling, even more important and even more urgent. That is why we have placed infrastructure at the centre of the stimulus our economy needs to achieve a sustainable recovery,” Ramaphosa told the symposium.

But there was no getting away from the devastation of the coronavirus pandemic and South Africa’s Covid-19 hard lockdown.

At least some of what is anticipated to emerge has been foreshadowed by National Treasury’s earlier documentation outlining three phases – preserve, recover and pivot – that foresees a return to sustainable public finances only in the next 12 to 18 months.

Said Ramaphosa: “A long period of slow recovery can be expected even when interventions to stem the transmission of the virus are relaxed further.”

When Finance Minister Tito Mboweni tables the Covid-19 emergency Budget in the National Assembly on Wednesday afternoon, it’s based on a dire outlook of grim indicators like debt-to-gross domestic product (GDP) at 80.5%, or almost 20% higher than four months earlier, before the coronavirus pandemic and hard lockdown.

It’s not a completely new Budget. But it will make key changes as the pandemic has blown to bits the assumptions on which the February 2020 Budget was based.

Officially a Supplementary, or Special Adjustment Budget, it is expected to deal mainly with the R130-billion reallocated from across government, including R30-billion from provinces. Also at issue is the R95-billion expected through international finance institutions, although only around R18-billion has been secured from the BRICS bank, the New Development Bank.

The R130-billion is part of the R500-billion stimulus package Ramaphosa announced on 21 April – and key to post-Covid-19 recovery.

At least some of what is anticipated to emerge has been foreshadowed by National Treasury’s earlier documentation outlining three phases – preserve, recover and pivot – that foresees a return to sustainable public finances only in the next 12 to 18 months.

But everyone’s putting in a claim to the ever-decreasing chump change in the public purse. And that has raised questions over bailout billions for SAA and perhaps even Eskom.

During Tuesday’s economic ministerial Q&A in the House, Public Finance Minister Pravin Gordhan did not give much away.

“We will make some announcements in due course to relieve the debt burden,” the minister said of Eskom, whose unbundling into a new business structure, would “depend on regulatory and policy changes and could happen possibly in late 2021”.

“We will make an announcement once we have some certainty in due course,” said Gordhan on SAA, hours after Public Enterprises issued a statement on several unsolicited bids as part of the national airline’s business rescue. Right now, Gordhan told MPs, funding for SAA included various sources like government and strategic equity partners.

It all depends on whether Mboweni will find a few billion for SAA, the national flag carrier the ANC in January had already decided needed to be kept in the air.

Perhaps the political trade-off was SA Express, now in provisional liquidation. The regional carrier did not recover from financial and governance turmoil, including having its planes grounded in May 2016 and again in May 2018.

Rival federation Saftu simply predicted Mboweni would “enrage the nation” with more austerity and bailouts to those serving the interests of the wealthy, or, put differently, money for Gautrain but not taxis.

But Gordhan promised SA Express staff, who’ve not been paid their salaries, something could be done once there’s clarity on the money. Or, as the minister put it in his response to the House:

“We hope these difficulties will be short-lived. But we will see what we can do over the coming weeks to ensure employees are not worse off.”

It’s one of many pressing issues and political contestations at a time when not many options are possible. Wish lists remain long among the governing ANC and its tripartite alliance partners, the labour federation Cosatu and the South African Communist Party (SACP).

“The government needs to abandon its austerity measures amidst the flattening of the rates of final household consumption; the proposed draconian cuts in the public service wage bill are likely to plunge the economy into a deeper depression, with even worse consequences in terms of the township economy and poverty in rural areas,” is how Cosatu put it in a statement after its national leadership meeting on Monday.

“Our rising unemployment rate is already at a catastrophic scale – which loudly calls for a paradigm shift away from the Neoliberal macroeconomic straitjacket.”

Rival federation Saftu simply predicted Mboweni would “enrage the nation” with more austerity and bailouts to those serving the interests of the wealthy, or, put differently, money for Gautrain but not taxis.

Mboweni’s mantra has been that South Africa is poorer than previously thought – and it’s time to adjust expectations.

That’s not a message that will go unchallenged within the ANC National Executive Committee (NEC) meeting from Saturday. Previous ANC decisions emphasised not insignificant investment in job creation, infrastructure build and a range of socio-economic interventions.

At its 7 May special NEC, the ANC agreed to a series of interventions, according to its statement, including a state pharmaceutical company and the implementation of the National Health Insurance “by channelling expenditure to adding capacities to existing and newly built healthcare facilities, rather than only on temporary field hospitals for Covid-19”.

This week, it emerged that 334,000 South Africans lost their jobs between January and March. The jobs devastation comes amid record lows in business confidence.

Towards the end of May, the ANC economic transformation honcho Enoch Godongwana presented the party’s economic reconstruction proposals.

The proposals include a developmental state that “must more than ever guide national economic development and broader social transformation, and mobilise domestic resources and foreign direct investment, as well as other social partners to achieve this goal”.

But those are proposals made on paper some weeks ago.

This week, it emerged that 334,000 South Africans lost their jobs between January and March. The jobs devastation comes amid record lows in business confidence.

And in Tuesday’s economic ministerial Q&A in the House, it seemed government Covid-19 small business relief measures that link support with tax and other regulatory compliance and registration on a national database, are not quite hitting home.

To date, 2,232 spaza shops have been formalised, with another 4,406 spazas’ applications pending. According to Small Business Minister Khumbudzo Ntshavheni, 31 small-scale businesses, mostly cooperatives, have applied and are in the process of being formalised alongside three mechanic shops and 15 small enterprises making clothing.

It’s a grim week. The test of resilience and recovery will not lie in pretty words, but actions in keeping with South Africa’s constitutional democracy. DM