Gym in the time of Covid: What to expect when you go back 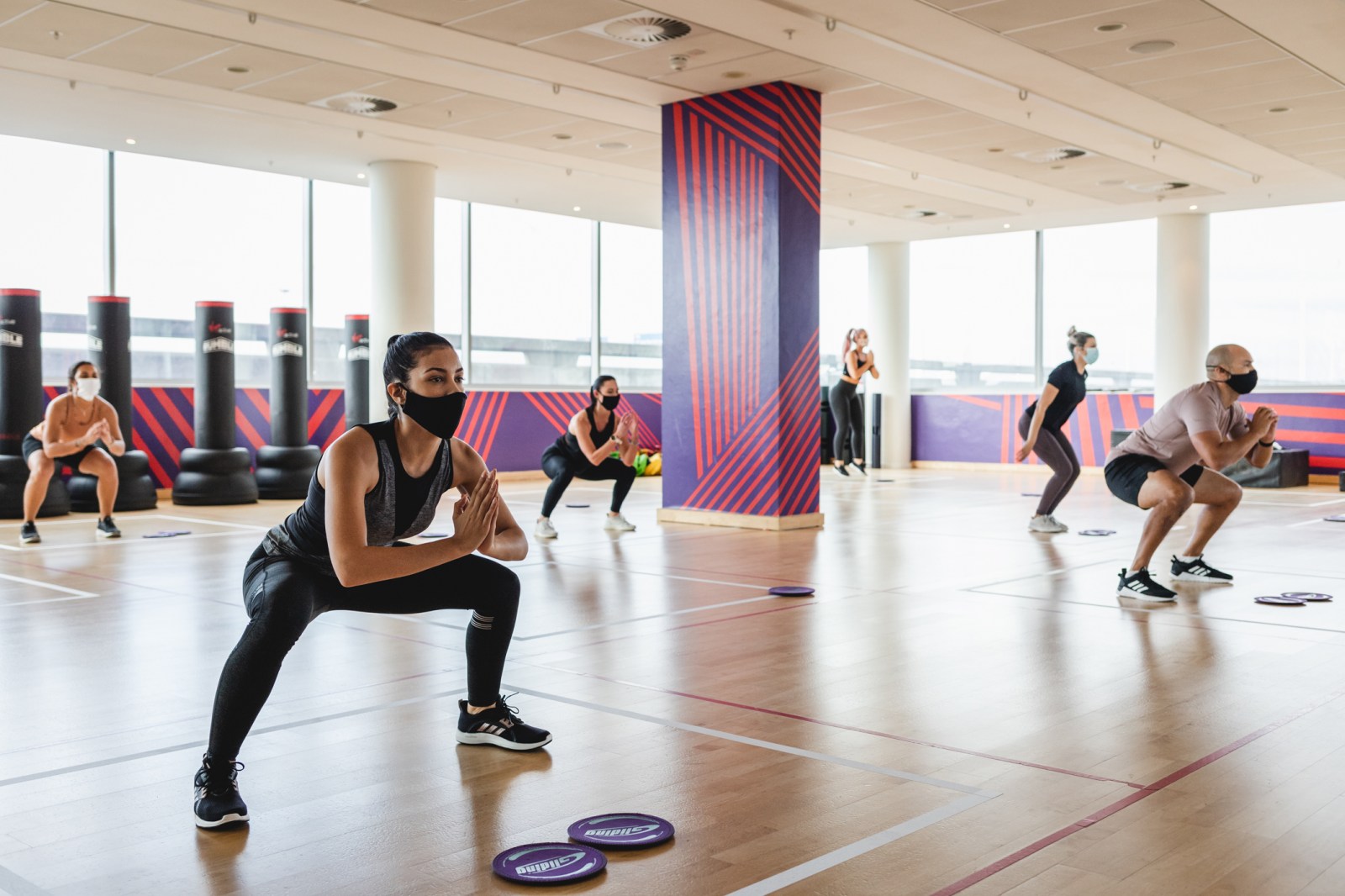 You can swim, but not shower. Small classes and no towels – but will it be enough for members to flock back to Virgin Active gyms?

If tattoo parlours, spas and beauty salons are open, can gyms be far behind? According to initial plans, gyms were categorised as a Level 1 activity — in other words, still a long way off.

But with most of the economy now opened, gyms are lobbying hard: the two big chains, Planet Fitness and Virgin Active, prefer gentle Pilates persuasion with government, but the smaller independents are kickboxing.

They have threatened court action early in July if they don’t get the green flag to open.

This week, Virgin Active held a media day at one of the bigger gyms in Centurion to show what a Covid-era gym session is going to be like. While my beat is usually politics, I sprinted there to find out when I can get my fix and what the experience will be like.

It’s going to be different. For one, it’s likely that you will have to make a booking on the app. Then, once you get to the gym, access numbers will be controlled. All shops now have a limit on shoppers and the principle will be the same though the size of the gym will set the limit, subject to approval by government regulation.

You will be screened and if you exhibit symptoms, you can be diverted to an isolation room (or turn around and go home to call the doctor). Access will be contactless.

Tsholo Kubheka, Virgin Active commercial director, says the access system provides a form of track and trace that can work out who was in the gym at the time of a Covid-positive case.

Should you go back? This article in the New York Times says it’s likely better to train outdoors than at a gym which can be a vector with all that sweat and all those people. But Virgin Active has been working with sports scientists and epidemiologists to make the experience safe. It is likely safer than a trip to your local shops as the cleaning standards are much more intense, says regional director Jeofrey Malivusha.

Sanitation stations at the Centurion gym (a jumbo-sized gym) have been increased from seven to 20, says club manager Albert Terblanche – these are the spots where you can roll off paper and spray with bottles of disinfectant or use sanitiser between machines. A gym rule now is that you must disinfect before and after use of machines; there are no towels allowed.

If you use loose weights, you return them to a cleaning station where a member of staff will sanitise and replace.

Lockers have been reduced (with most pre-locked) from 228 to 50 at this particular gym; it will be the practice at all the gyms. This is to create space or conform with physical distance protocols. Big blocks of white tape show you where to stand.

It is likely to at first feel like going to the gym in Gilead, the dystopian city in the series Handmaid’s Tale. But we will get used to it as we have got used to wearing masks, which by the way, you have to keep on for your entire session. I find them hellish even to walk in, so that will be a challenge. Hairdryers and hair irons are being removed too, and saunas and steam-rooms remain closed until further notice.

What will be lovely is the space in the classes. At the big gym we visited, the spinning class is down to a 16-bike studio. Gyms had begun to pack the studios, making classes sometimes quite uncomfortable. The exercise studios have marked-up squares with lots of space between members. It looks like heaven compared with the less than Zen bumping of yoga mats with fellow yogis, which had become the rigmarole pre-‘the Rona’.

The chlorinated pools will, of course, be open, but with only two swimmers per lane – that chemical will nuke even the pesky virus that multiplies faster than the biceps of a muscle-man on steroids. Virgin is a multinational chain and they have had practice in Italy and in Thai clubs which have already opened after being closed for as long as the 136 clubs in South Africa have been now. In case you haven’t been counting every day as I’ve been, it’s well over three months now.

About 60% of members returned there and the Botswana club is at about 40% return, says Malivusha. Virgin has surveyed some members: Kubheka says 62% of members are likely to return at Level 2 (we’re still at Level 3) and 80% of members at Level 1. Terblanche says his members are emailing with queries on an opening date and with South Africans being quite Rambo-like, the numbers may surprise on the upside.

I’ve left the bad news till last… You can swim, but not shower. The beautiful spa at the Centurion gym will remain closed as Virgin does not want members to linger. Malivusha says the principle is to move members in and out of the gym as quickly as possible. The cafés will be open, but for take-aways only (orders will be accessible by app to curtail waiting) and seating will be removed or taped over to show you can’t sit.

The gym à la Covid will be a more utilitarian experience rather than a hang-out destination.

Kubheka says the lockdown has forced the group to quickly move online. They are weighing in with a physical training online programme which is in Beta and the pre-recorded classes have been popular.

I have loved the online classes which are varied in style and timing: if all you have is 15 minutes, there is a class and there are high and low-intensity workouts available from teachers you may not have been exposed to by the limitations of a bricks (rather than a clicks) class. Live workouts at 8am and 5pm have also been very popular, says Kubheka.

There are trainers from across the world and the country who have done wonderful classes that are loaded online (see www.virginactive.co.za) that have kept me sane through lockdown. Virgin will build on this offering and possibly add a price point to it should members decide they are not ready to return.

Kubheka says the company has taken a huge hit with the suspension of 700,000 debit order for membership fees for three months now at an average R500 per member per month.

Virgin Active has not retrenched or furloughed any of its 3,300 full-time staff. Some landlords have offered rental reductions and this has enabled the group to also protect the incomes of 9,900 sub-contractors also dependent on the chain.

“The next chapter (of online training) will be more interactive with coaching and physical training online,” says Kubheka. DM/ ML/ MS