DRC president’s chief of staff convicted of corruption and embezzlement 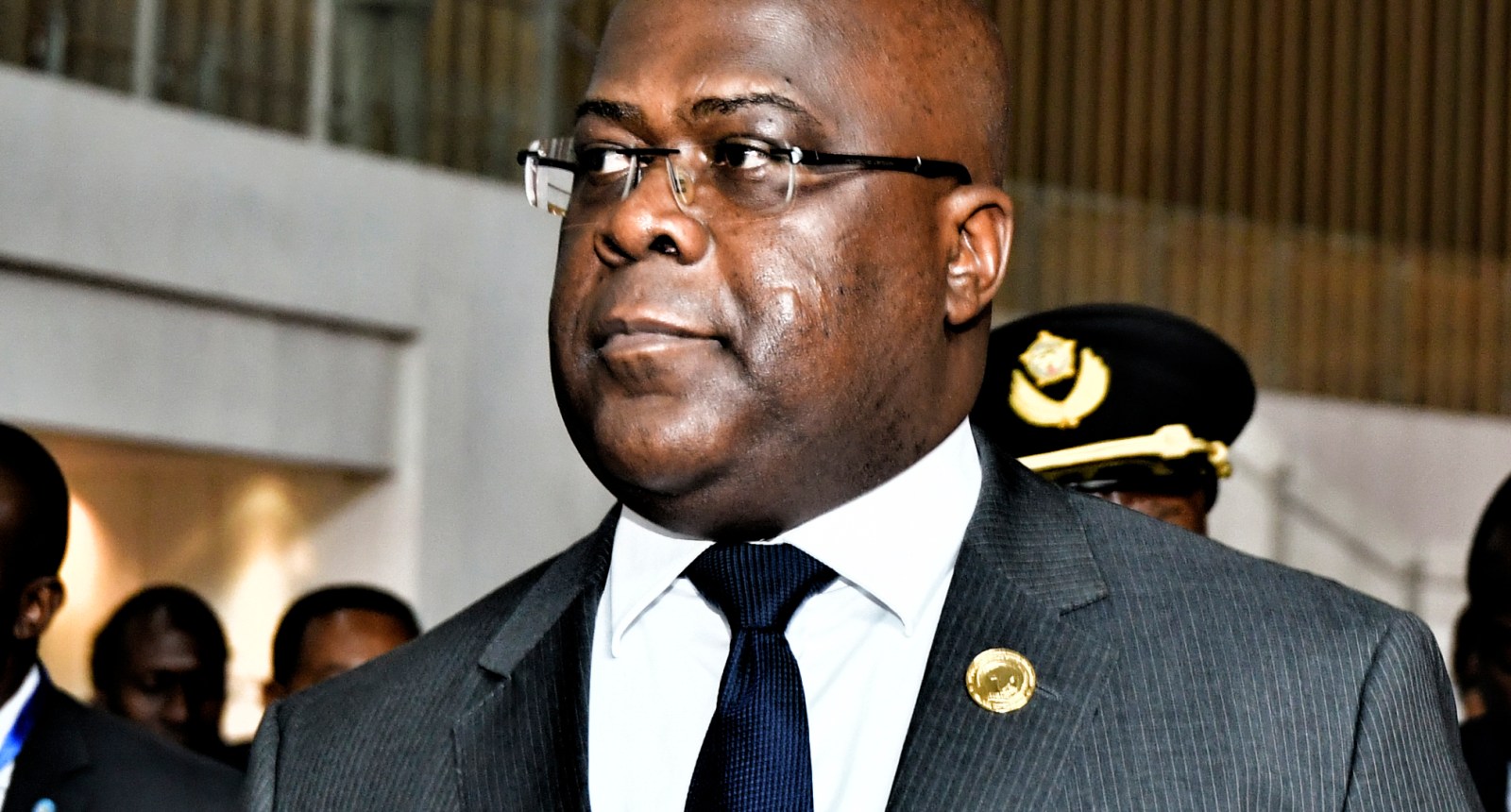 Congolese president Felix Tshisekedi’s chief of staff, Vital Kamerhe, was once a close ally of Joseph Kabila, leading his election campaign in 2006. Kamerhe is frequently credited with winning the eastern Congo vote for Kabila.

The conviction for corruption and embezzlement this weekend of Vital Kamerhe, Congolese President Felix Tshisekedi’s chief of staff, and one of the Democratic Republic of Congo’s most mercurial political figures, does not mean that things in the DRC have changed for the better since Tshisekedi became president in January 2019.

What it does, instead, is expose the extent to which Congolese politics are shackled by the backroom deal in which Kabila bestowed the presidency upon Tshisekedi by stealing it from the Congolese people, who voted overwhelmingly for the opposition unity candidate Martin Fayulu.

It shows the lack of strategic and visionary thinking in the presidency and keeps us distracted — still and again — by the rivalries and disloyalties of a new and old political elite obsessed with money and power.

Tshisekedi and Kamerhe’s political coalition — CACH — was formed in November 2018. According to the terms of the deal, Tshisekedi would stand as the presidential candidate in 2018, and Kamerhe five years later, in 2023. This set-up was bound to cause friction, not only between the individuals, but also between the parties they brought together.

Tshisekedi’s UDPS is the DRC’s oldest and arguably most organic opposition party, led until his death in 2017 by Etienne Tshisekedi. The UNC, Kamerhe’s political party, is 10 years old and, like many other Congolese political parties, was formed around a powerful individual rather than a platform of ideas and policies.

Kamerhe himself has been a significant player in Congolese politics since the DRC’s peace talks to end the 1998-2003 war. Once a close ally of Joseph Kabila, he led his election campaign in 2006 and is frequently credited with winning the eastern Congo vote for Kabila. He headed the National Assembly from 2006 until 2009, when he fell out with Kabila and went into exile in South Africa. Seen as a highly intelligent political player, Kamerhe was then at the height of his powers, but he squandered his legitimacy in subsequent years by flip-flopping between the ruling party and the opposition, gaining a reputation as an opportunist willing to do anything to become president. In 2010, Kamerhe formed the UNC and contested the 2011 election, winning 7.7% of the presidential vote.

He remained an opposition figure until 2017, when he agreed to legitimise Kabila’s stage-managed political talks, expecting a nomination as prime minister in return. When that didn’t happen, he returned to the opposition. By then he had lost the trust of most Congolese, but not his reputation as a ruthless political strategist.

As Tshisekedi’s chief of staff, Kamerhe did not, on paper, have tremendous power. However, in practice, he exercised it at will, upsetting members of the UDPS who felt he was overreaching. In private, senior members of the UDPS admitted that they were gunning for him. Running through it all was the question of who was on whose side. According to many close to Kabila, he has a visceral hatred for Kamerhe, never forgiving him for betraying him in 2009.

The evidence presented during the trial — which was televised nationally — would seem to indicate that Kamerhe was involved in the embezzlement of $57-million that was meant to pay for the much-needed construction of houses for the Congolese army. But as the Congolese civil society organisation Observatory on Public Expenditure points out, there are laws and systems in place which should have made it impossible for Kamerhe alone to authorise such expenditure.

The Congolese judicial system is part of the corruption problem. On 26 May, Raphael Yanyi, the judge then presiding over the trial, was murdered in circumstances that remain unclear, despite having a close protection team of six police officers.

“If the law had been respected and the Ministers of Budget and Finance had fully done their jobs… we could have avoided where we are today… This merits legal pursuit.” In short, the failure is that of the whole system and a longer list of players who were either complicit or turned a blind eye.

This has been the problem of corruption in the DRC for decades — the political elites have hijacked or destroyed institutions and parastatals, the civil service has been bankrupted and its employees forced to fend for themselves, often by extracting bribes. No one is ever held accountable and the population pays the price as public money for education and healthcare flows into private bank accounts.

And so, after 18 months in the governing coalition, Kabila and Tshisekedi’s main joint achievement is a politically motivated corruption trial that takes out of the game their mutual rival and nemesis, who also acts as a scapegoat for the failure of Tshisekedi’s much-vaunted 100-day programme. Aimed at addressing some of the country’s most acute ills, the programme has been mostly limited to the capital Kinshasa, where stalled construction on flyovers intended to ease traffic have instead lengthened the average daily commute by several hours. Of the 1,500 houses meant to be built with the missing $57-million, only a few hundred are standing today.

Kamerhe laughed when the verdict was read out and his team is challenging it, but it is questionable whether the possible merits of the challenge will be objectively evaluated. The Congolese judicial system is part of the corruption problem. On 26 May, Raphael Yanyi, the judge then presiding over the trial, was murdered in circumstances that remain unclear, despite having a close protection team of six police officers.

Could it have been different? Of course. Although it was never going to be easy, had he wanted to, Tshisekedi could have led his coalition with the UNC in another direction, breaking down barriers between the parties and demonstrating to militants from the different camps that their future and their political longevity lay in co-operation, not division, and in delivering services and tangible benefits which ensure a legitimate electoral victory in 2023. Kamerhe, controversial as he always was, also knows everyone in Congolese politics and could have been a formidable ally in Tshisekedi’s efforts to make the most of his presidency.

Tshisekedi could have led his anti-corruption campaign in a different direction by also targeting the systemic looting that took place during the Kabila years. If prosecutions of high-profile cases are to be effective as a deterrent in a country where power is virtually synonymous with corruption, then no one should be safe. In recent months Tshisekedi has taken some steps, including against the late Delphin Kahimbi, a powerful figure in the military and Albert Yuma, the head of the copper and cobalt mining giant Gecamines. Those countries, like the US, who have been pushing Tshisekedi to tackle corruption should not content themselves with one high-profile case.

Tshisekedi’s presidential term runs another three-and-a-half years. No one expects him to eradicate corruption in that time. But, if he wants to set the country on a new path, he and those around him will have to have set the bar on his leadership considerably higher. DM

Stephanie Wolters is the Research and Editorial director of Okapi Consulting and a Senior Research Fellow at the South African Institute of International Affairs. She has been working in the Great Lakes region for more than 20 years.