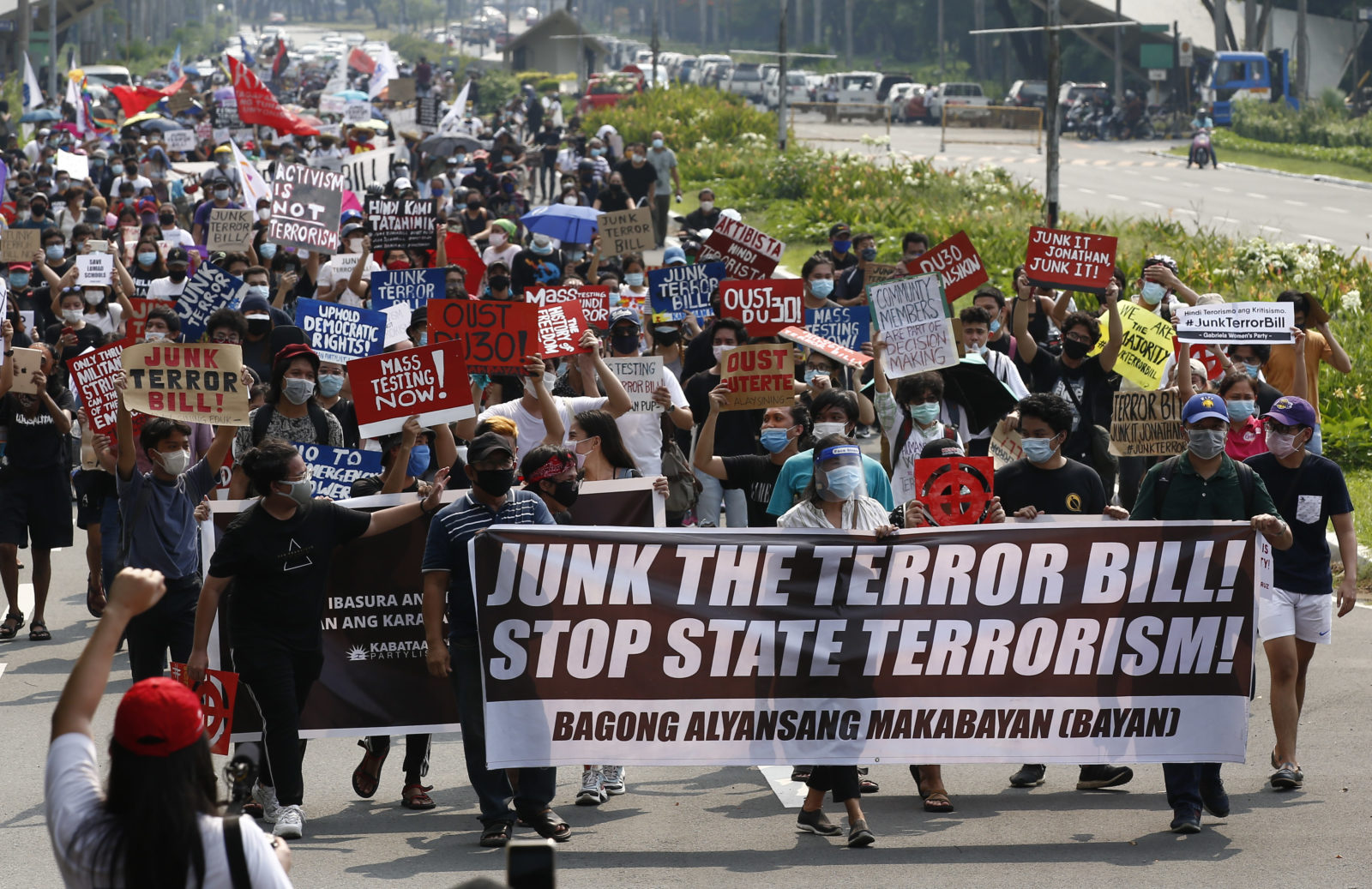 epa08464401 Protesters head toward the University of the Philippines, during a demonstration against the Anti-Terrorism Bill in Quezon City, Metro Manila, Philippines, 04 June 2020. An Anti-Terrorism Bill had been approved on third and final reading by the House of Representatives in Congress on 03 June, sparking criticism from various sectors seeing the potential law as a tool for human rights violations. EPA-EFE/ROLEX DELA PENA

MANILA, June 12 (Reuters) - More than 1,000 Filipinos on Friday braved the threat of coronavirus infection to protest against a controversial new anti-terrorism bill, which is awaiting Philippine President Rodrigo Duterte's signature.

The demonstration, spearheaded by anti-Duterte activists, was held as the Philippines marked the 122nd anniversary of its independence from Spanish rule.

Human rights activists have raised alarm over the bill pushed by Duterte, warning of draconian and arbitrary provisions, including arrest without warrants, that they say could be abused to target his detractors.

“It looks like we will lose our basic rights because of this anti-terrorism bill, especially our right to express our concerns with the government,” said Ofelia Cantor, one of the more than 1,000 protesters at the University of the Philippines’ main campus in the capital Manila.

Wearing face masks and observing physical distancing to protect themselves from the coronavirus, the protesters held placards and chanted slogans such as “Junk terror bill!” and “Activists not terrorists!”.

Presidential spokesman Harry Roque has defended the bill, saying elements were modelled on those used in countries that had dealt effectively with extremism.

Interior Secretary Eduardo Año said he had instructed the police to exercise maximum tolerance while monitoring the protesters, even as he warned mass gatherings are prohibited under the country’s coronavirus quarantine rules. (Reporting by Adrian Portugal; writing by Enrico Dela Cruz Editing by Ed Davies)