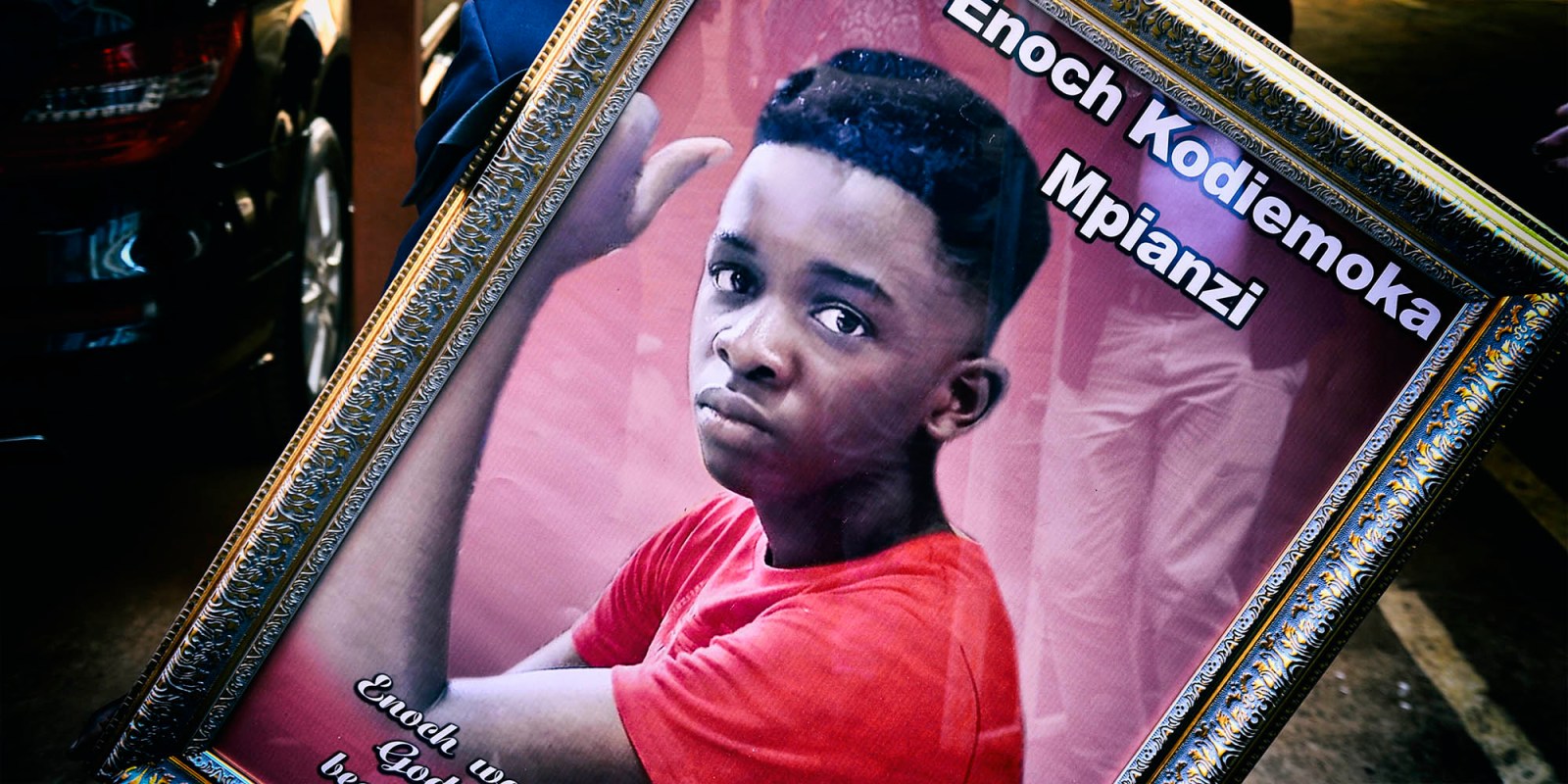 “The legal firm and the family are demanding R10-million from the department and we have indicated that we have no appetite to oppose this matter,” said Gauteng MEC for Education Panyaza Lesufi on Monday during an update on the resumption of the 2020 academic year.

Lesufi and lawyer Peter Harris from Harris Nupen Molebatsi Attorneys released a 61-page report on 4 March 2020, two months after Mpianzi’s death, that indicated that both Nyati Bush and River Breakaway in Brits, North West, and the headmaster, as well as five educators from Parktown Boys High School, were to be held accountable for “recklessness and negligence” in the drowning of the 13-year-old.

“This was a water exercise that went seriously wrong (and) as a result Enock Mpianzi drowned,” Harris said when he released the report.

Mpianzi went missing on 15 January 2020 at the school’s annual Grade 8 Orientation Camp during a water activity when his makeshift raft capsized in the Crocodile River at Nyati Bush.

During Harris’s investigation, Nyati Bush and River Breakaway’s camp manager Anton Knoetze had told Harris that the water exercise took place in shallow water and on dry land, but this was found to be “misleading and false”.

Witnesses also confirmed that they saw Enock and a number of other learners struggling in the water.

On Thursday 16 January, parents, authorities and Lesufi were informed that Enock had disappeared. The next morning, 17 January 2020, Lesufi announced that the boy’s body had been found.

Parktown Boys High headmaster Malcolm Williams was suspended on 24 January until April as the Grade 8 camp had not been approved by the district or head office. Furthermore, the report found that the school had left the roll call list on the bus and the bus driver had returned to Johannesburg with it. This prevented the school and camp from checking who was actually at the camp.

However, the department announced in a statement on 29 May that Williams would return to the school on 1 June.

“The principal was served with the charges but the hearing had to be postponed due to lockdown… Our investigation into the matter is complete and as such, it was decided that he should be back at work as there is no possibility that he may interfere with the process [of the investigation],” the statement read.

The family sent a letter to the department last week indicating that it would take action.

“We have allowed our legal team to continue to engage with the legal firm representing the family so that we use previous court cases that have ruled on matters such as this in nature as a barometer to determine an appropriate amount,” Lesufi said. DM