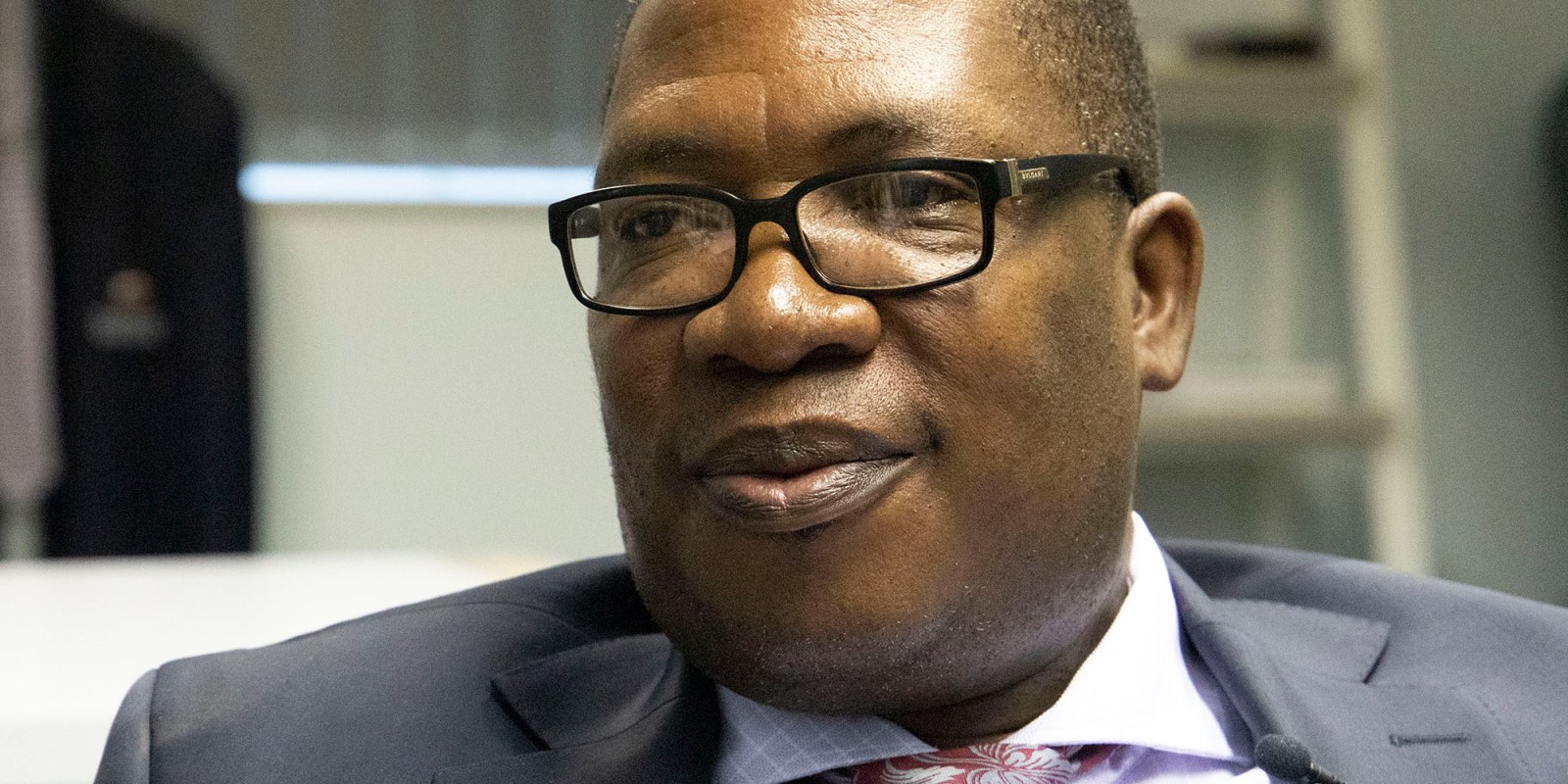 Questions are being asked about circumstances surrounding the discovery of the body of a 13-year-old Parktown Boys’ High School pupil who went missing at a Grade 8 orientation camp near Brits in North West.

“We are in pain,” said Gauteng Department of Education MEC Panyaza Lesufi at Friday’s media briefing at Parktown Boys High School in Johannesburg following the drowning of a new pupil, Enoch Mpianzi, during a “water activity” at an orientation camp.

Mpianzi, 13, from Yeoville, had ambitions to become a lawyer, Lesufi told the media.

“I’m told Enock was a kind person. His mother said when she woke up on the day of the trip he told her he was not sleeping as he was excited to go on the trip,” Lesufi added.

The MEC had just returned from Brits in North West where Mpianzi’s body was discovered by police on Friday morning. Lesufi revealed that he had had the heartbreaking task of informing the boy’s parents of his death.

“We’re all devastated because we really thought we would find him alive,” Lesufi said, “Members of their family cried uncontrollably.”

Mpianzi was last seen alive on Wednesday 15 January when he and his schoolmates were tasked with building a makeshift raft for riding in the river. Once it was in the water, the pupils’ craft overturned.

“It appears there was a very strong current following recent heavy rain in the area,” North West police spokesperson Colonel Adele Myburgh told News24. “From what we understand, a number of boys fell from the raft and scrambled to get back onto it again. That was the last time [Enock] was seen.”

Parktown Boys’ High released a statement in the early hours of Thursday morning 16 January revealing that a boy had gone missing during the rafting excursion.

Teachers at the school have come under fire on Twitter for being “negligent” as it appears there was a 12-hour delay before the alarm was raised about the missing boy.

Lesufi noted this apparent time gap, saying he was only notified of the incident in the late hours of Thursday evening.

“The timelines concern me,” Lesufi said, “Everyone indicated that, after that exercise, they were not aware that there is a learner that is missing. It’s only when they were doing the headcount that they realised that the numbers are not the same.”

The circumstances of the drowning and its aftermath are to be investigated, with a number of questions being raised about the so-called water activity.

Lesufi said an investigation would look into the reporting of the pupil’s disappearance and into safety measures taken before the 210 Grade 8 Parktown High learners took to the river. Teachers and camp officials will be questioned.

Lesufi added: “When was the headcount conducted? And when did they realise that that headcount was incomplete and who communicated what and when? There is also the issue of the raft. Those two are serious matters.” DM